Donald Brown, an adjunct professor of biology at Johns Hopkins University since 1969 and director emeritus of the Carnegie Institution for Science Department of Embryology, has won the prestigious 2012 Lasker-Koshland Special Achievement Award in Medical Science for groundbreaking fundamental work in genetics, along with exceptional work mentoring young scientists. Also honored is Tom Maniatis of Columbia University. 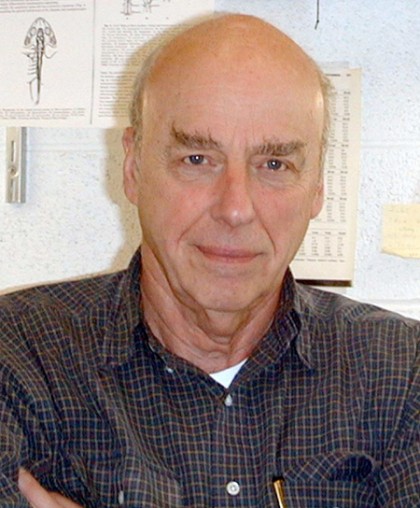 Image caption: Donald Brown has been an adjunct professor of biology at Johns Hopkins since 1969.

First awarded in 1945, the Lasker Awards often are called the "American Nobels," and many consider them the most prestigious possible honor for basic and clinical research because of the extraordinarily scrupulous process by which a jury of the world's top scientists nominate and select the awardees.

Brown was cited for his work (done with others) in gene amplification, a process that underlies, among other biological processes, the runaway growth of chemotherapy-resistant cancer cells.

"We were one of the first groups to purify genes of any kind," Brown said. "We learned a lot about their structure, function, and evolution before the era of recombinant DNA."

Over the years, Brown has continued to make fundamental discoveries into the nature of genes and today studies metamorphosis in frogs.

The foundation also cited Brown for his "selfless commitment to young scientists," demonstrated by founding and leading the Life Sciences Research Foundation, a partnership that provides postdoctoral fellowships to promising young researchers. He also has mentored a generation of young scientists at the Department of Embryology at the Carnegie Institution. The Life Sciences Research Foundation boasts 450 current fellows and alumni, many of whom have gone on to successful academic careers.

This is the second time that a Johns Hopkins-affiliated biologist has won a Lasker Award. In 2006, Joseph Gall, a current Carnegie scientist and adjunct professor in Johns Hopkins' biology department, won the Albert Lasker Award for Special Achievement in Medical Science for his role as "a founder of modern cell biology."

Brown will receive his award on September 21 in New York City.

"It is a great honor to have a second winner of the Lasker-Koshland Special Achievement Award affiliated with our department and university," said Beverly Wendland, chair of the Department of Biology at Johns Hopkins. "Don's wisdom and collegiality have benefitted scholars of all ages, from the youngest trainees to other professors. We are fortunate to count Don as one of our colleagues, and congratulate him on this richly deserved recognition by the Lasker Foundation."

Brown is the sixth Johns Hopkins faculty member to be awarded a Lasker. In addition to Gall, in 2006, Carol E. Greider, the Daniel Nathans Professor and director of molecular biology and genetics in the Johns Hopkins Institute of Basic Biomedical Sciences, won for her groundbreaking work with telomeres. In 1997, Alfred Sommer, dean emeritus, Bloomberg School of Public Health, and University Distinguished Service Professor, won the Clinical Research Award for his discovery that vitamin A supplementation prevents blindness and life-threatening infections in millions of children living in the poorest nations in the world. In 1983, Vernon Mountcastle, professor emeritus in the Solomon Snyder Department of Neuroscience, won the Albert Lasker Award for Basic Medical Research. Solomon H. Snyder, University Distinguished Professor of Neuroscience, Pharmacology and Psychiatry at the School of Medicine, won a Lasker Award for his discoveries in brain chemistry in 1978.