School of Nursing Dean Martha Hill to step down

After more than a decade of leadership during which she helped transform the Johns Hopkins University School of Nursing into one of the nation's top nursing schools, Dean Martha Hill will conclude her service as dean at the end of the 2012-13 academic year, university President Ronald J. Daniels announced today in a letter to faculty, staff, and students. Hill will remain a member of the School of Nursing faculty and plans to return to her research, Daniels said. 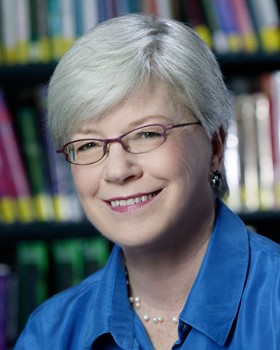 Image caption: Martha Hill was one of the first four faculty members to join the School of Nursing was established as an independent division of the university in 1985. She took over as dean in 2002.

Hill delivered the news to the School of Nursing community during an all-school meeting Monday afternoon.

Hill became dean at the School of Nursing in 2002 after serving for a year in an interim capacity, and the school has grown tremendously during her tenure. Research funding at the school has increased by more than 440 percent. In 2011 and 2012, the school's graduate programs were ranked best in the nation by US News & World Report.

The search for Hill's replacement will begin immediately.

"We will honor Martha's work in part by finding a successor capable of building on the foundation she has established and leading the school to even greater levels of excellence," Daniels said in his announcement.

"There will be ample opportunity before next summer to more formally celebrate Martha's tremendous success. For now, let me join her many colleagues in expressing gratitude for her great friendship and for everything she has done—and will continue to do—to ensure the success of Johns Hopkins Nursing and our entire university."

Hill was one of the first four faculty members to join Dean Carol Gray when the School of Nursing was established as an independent division of the university in 1985. As a researcher, she focused on devising strategies to overcome health care disparities and on preventing and treating hypertension, particularly among young African-American men in urban environments. As an educator, she is known for her mentorship of students and junior faculty members.

Hill is a fellow of the American Academy of Nursing and a member of the Institute of Medicine. From 1997 to 1998, she served as president of the American Heart Association, making her the first of two non-physicians to hold that position.

At Johns Hopkins, she became director of the Center for Nursing Research in 1994. She has served as a member and chair of the university wide Committee for the 21st Century and as co-chair of the Urban Health Council, a joint Hopkins-community committee whose work led to the establishment of the Johns Hopkins Urban Health Institute. She holds joint faculty appointments in the School of Medicine and the Bloomberg School of Public Health.

Hill earned a diploma from the Johns Hopkins Hospital School of Nursing in 1964 and received her bachelor's degree from the university in 1966. She earned a master's in nursing from the University of Pennsylvania in 1977 and a doctorate in behavioral sciences in 1986 from what is now the Bloomberg School of Public Health.