Study gives insight into our inborn sense for numbers 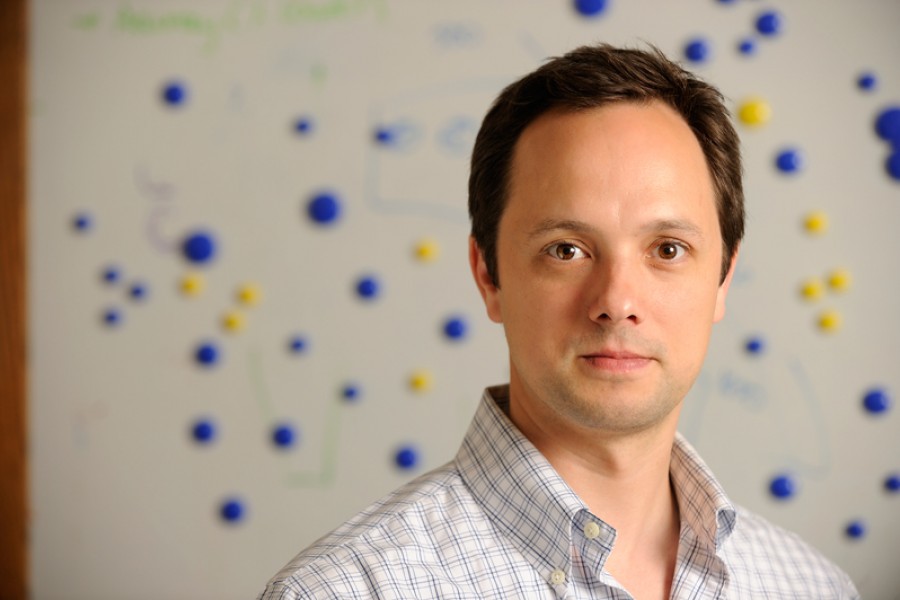 Image caption: Justin Halberda, an associate professor of psychological and brain sciences in the Krieger School of Arts and Sciences, led a groundbreaking study that offers insight how our basic cognitive abilities may change across our lifetime.

A first-of-its kind study using the Internet to collect data from more than 10,000 study subjects ages 11 to 85 found that humans' inborn "number sense" improves during school years, declines during old age, and remains linked throughout the entire lifespan to academic mathematics achievement.

The study, led by psychologist Justin Halberda of The Johns Hopkins University and published in the online Early Edition of the Proceedings of the National Academy of Sciences during the week of June 25, is groundbreaking for presenting a picture of how our basic cognitive abilities may change across our lifetime.

"Gathering evidence from massive numbers of participants via the Internet the way we did is an important new model for doing psychological research," said Halberda, associate professor of psychological and brain sciences in the Krieger School of Arts and Sciences. "Engaging thousands of people ... allowed us to generate a picture of how a core cognitive ability – our gut sense for numbers, known as 'number sense' – changes across a lifetime."

The term "number sense" is used to describe human and animals' inborn ability to intuitively size up the number of objects in their everyday environments. It's what enables a skittering squirrel, for example, to quickly ascertain which tree offers the most acorns, or a late-to-work motorist to figure out which E-Z Pass lane will get him on his way fastest. Scientists believe we are all born with this ability, and it probably is an evolutionary adaptation that permitted our human and animal ancestors to survive in the wild.

In the study, everyday folks logged onto a website to play a simple game that tested their intuitive number sense by asking them to view screens displaying varying numbers of yellow or blue dots, and deciding rapidly which were more plentiful. (Readers can take the test themselves by logging onto <www.panamath.com>.) The test subjects also reported in detail about how they did in math class throughout their school years, and on the math portion of the SAT.

Previous research links school math ability with number sense in teenagers, but this study demonstrates that relationship holds fast throughout the lifespan. Halberda and his team, however, were surprised to find that number sense peaks around the age of 30 – almost a decade after other cognitive abilities reach their most acute.

"Perhaps most striking to us were the large developmental improvements that we found in people's gut number sense precision – improvements that continued into the thirties," he said. "Either the maturing brain or the everyday activities people engage in helped improve the precision of their number sense throughout the first three decades of life."

These results suggest that a person's number sense is not set in stone, Halberda says, and may be improved by the things we do daily, such as deciding which grocery store check-out line has the fewest shoppers, or which airport security line will get us on our way most quickly.

The fact that some people seem to be born with – or develop – more acute number sense than others also has important implications educationally. The finding that number sense is, in a sense, malleable leaves open the possibility of developing educational strategies to improve people's number sense, Halberda says.

This study was funded by the National Science Foundation and the Eunice Kennedy Shriver National Institute of Child Health and Human Development.