The gift of hands-on learning 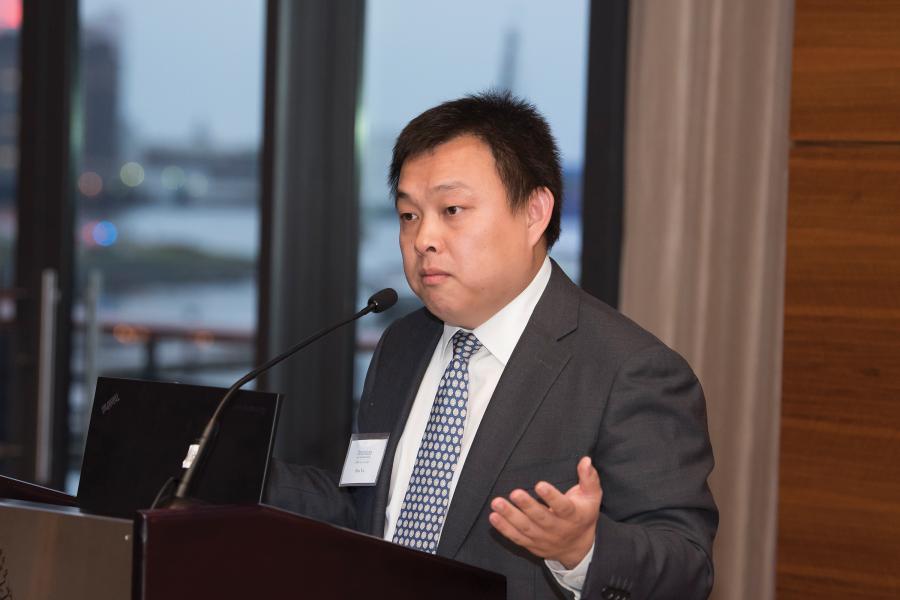 As a biochemistry major at the University of Ottawa, Hao Yu, Bus '12 (MBA), considered Johns Hopkins University the place to study for a career in medicine. When he decided to pivot to a career in business, he didn't have to give up his dream of a Hopkins degree: The university had launched a new full-time global MBA in 2010, and Yu was accepted into its charter class, allowing him to pair Hopkins' strength as a research institution with its leadership in the realm of business education.

"I want to be able to contribute to something that is bigger than myself, and I anticipated that my classmates who chose to become part of the first class would have similar ambitions," Yu says.

A decade later, Yu credits his post-graduation professional success—from working at the International Finance Corporation, a sister organization of the World Bank, to returning to China to join the biotechnology company QuanDx as CEO—to the experiential learning opportunities offered to him as a student. Yu says he stays connected with Carey as an alum to enhance hands-on learning for today's students.

In the Innovation for Humanity course, for example, Yu traveled to Rwanda to assist a private clinic with its operational efficiency. The coursework gave him the chance to apply what he had learned in the classroom as he and his classmates helped the clinic establish an electronic medical records database. But it also broadened his knowledge of how another country's economy, culture, and governmental policies will shape a business's priorities. They stayed mindful of the country's limited capital and the potential job loss from automation, and worked to create a new records system with their current software.

Later at an MBA case competition, Yu and his classmates were once again able to solve a business's struggles using information learned in a class taught by Carey Professor Phil Phan. The competition sponsor, a government contractor, asked participants to come up with a strategy for reducing system-level risks in their multilayered supplier network.

"That business didn't have an answer to their problem until they saw our presentation," Yu remembers. "They were like, 'Where did you learn this stuff? This is the perfect solution.'"

Not only did Yu's team win the competition, but the business they helped offered them internships on the spot.

Hands-on learning opportunities, Yu says, demonstrate how classroom lessons apply to real-world scenarios while simultaneously showing potential employers that graduates have insight that goes beyond their transcripts. So when he heard about the Carey Business School's idea to create a new experiential learning opportunity for current students, he was eager to contribute to its launch.

The new Student Managed Investment Fund gives students the chance to actively manage a portfolio, picking stocks and equity to invest in and forming long-term strategies on what will create social and commercial value. The students will be overseen by Carey faculty, but Yu says it's "real people, using real money, to invest in real stocks." Profits earned by the portfolio will go toward scholarship funds at the Carey Business School, helping lower financial barriers for graduate business education.

Yu's support for students goes beyond one gift. After graduating from the MBA program, one of Yu's classmates nominated him to the Dean's Alumni Advisory Board. Those on the board provide input to the school on ways to improve the curriculum and student experience.

"It was a very good surprise," he says. "Not only could I successfully graduate and find a job that I enjoyed, but I also had this opportunity to make sure the students after me can have the same or an even better experience. And as I become more seasoned in my career, I have the resources to do more."

Being on the board also gave Yu the chance to connect with other professionals who were similarly drawn to the school's mission of using business to create social good and want to invest in the school's future growth.

"I see them as my role models," says Yu, who has since moved on from the board after accepting an invitation to join the Dean's Advisory Council, whose members seek to strengthen the school's partnerships and resources in order to support its mission of providing innovative business education.

While current students benefit from the support of alumni and leaders in the field of business, the donors themselves also benefit, Yu believes, because getting involved in one's school can provide a sense of achievement.

"Once we graduate from a university, it becomes a part of us forever. You can't erase that from your background," he says. "So you should show the world that, 'Hey, I made a smart choice to go to this school. And I'll show you that I mean it by being a part of the reason why the school is staying on the top of the list.'"