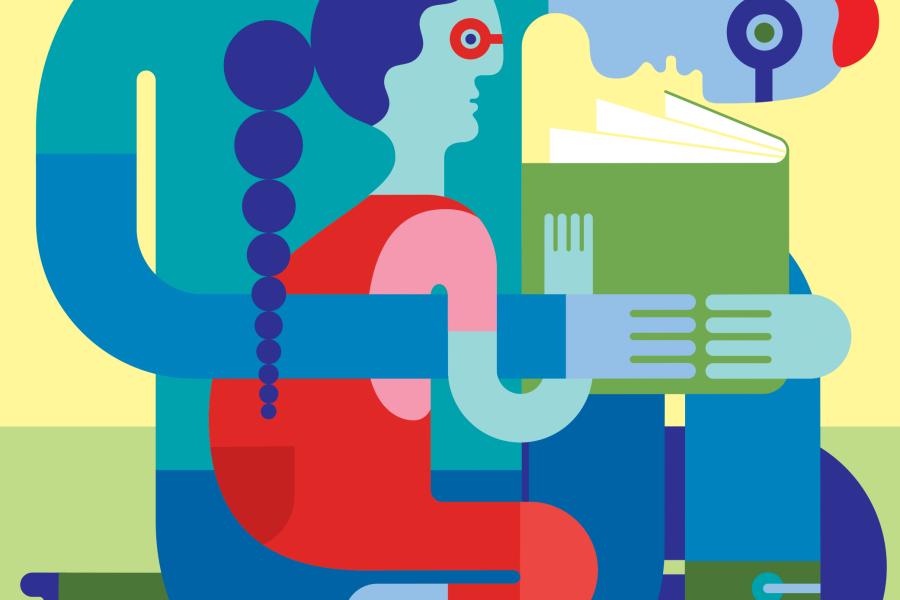 During the infamous mid-Atlantic blizzard of January 1978, my mother, Rhona Lyons, A&S '78, was so struck by the beauty of the falling snow that she asked her then live-in boyfriend, David Warren, A&S '78, if he wanted to get married. He said, "Sure, let me put some pants on," and a few hours later, Hopkins Chaplain Chet Wickwire officiated at their spontaneous wedding in the Baltimore Museum of Art sculpture garden. They gathered those few friends who could walk to campus, including a News-Letter photographer and a friend playing "Teach Your Children Well," by Crosby, Stills, Nash & Young on his guitar. Recently, we played this same song—this time arranged and recorded as a tribute by friends of the family—at my father's similarly short-notice funeral. Shaken by his sudden death, I have been reflecting on what it means to teach your children well.

My parents taught me and my three sisters to be independent thinkers as well as vocal advocates for social justice, attending protests and live performances of Hair from an early age. Following my father's role as a features editor at the News-Letter, he put his Writing Seminars training and PhD in 18th-century British literature from the University of Missouri–Columbia to good use teaching us grammatically correct writing. Not even a third-grade book report was immune from multiple edits with the red pen, and woe to anyone with a misplaced apostrophe. He instilled in us a passion for reading; my father loved to read, preferably out loud to his children or grandchildren, but even co-workers benefited from his oration of everything from Dr. Seuss to The Giver to Romola. In the months before he died, he read the first four Harry Potter books to his 98-year-old mother, whose vision was failing.

The most valuable skills I learned from my father were the importance of critical thinking and compassion. As the readers of this magazine know well because it's a lesson at the heart of a Hopkins education, why is often more important than what.

My father also set us up for success by showing us how to believe in ourselves, in large part through his unwavering and enthusiastic championing of all our endeavors. To teach your children well is to instill in them the ability to critically evaluate information from a strong foundation of moral values and then empower them to lead with confidence. This combination guides us long after our teachers are gone.

Ariel M. Lyons-Warren is a physician-scientist at Baylor College of Medicine in Houston, where she investigates circuit mechanisms underlying sensory processing disruptions in neurodevelopmental disorders.