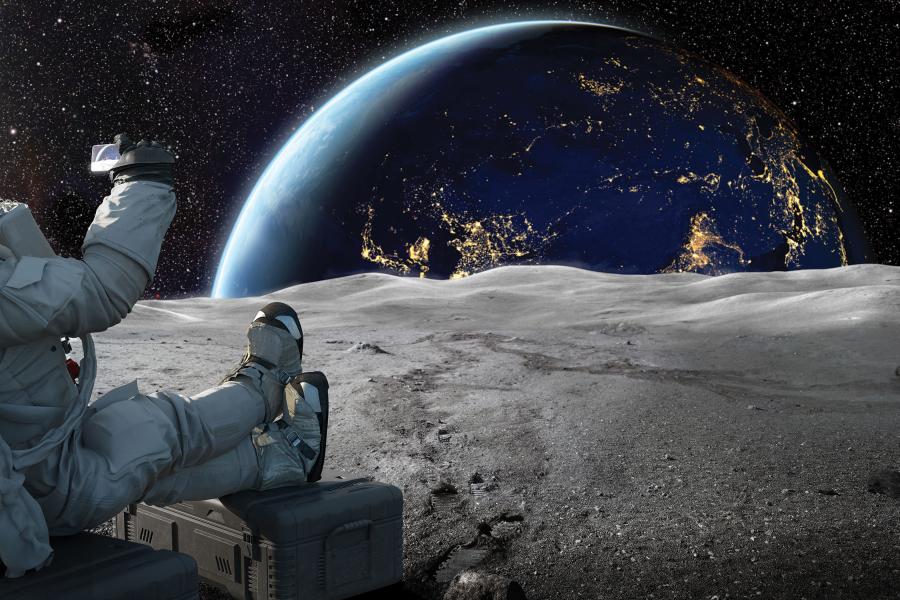 In his new book, astrophysicist Joseph Silk explores what the moon can offer humans over the next half century

As our nearest celestial neighbor, the moon has forever captured the awe of human beings. Some ancient cultures worshipped it as a deity or believed its eclipses to be omens. It was Galileo peering through an early telescope in 1609 who discovered the moon's rocky surface, and NASA's Apollo 11 mission in 1969 that sent the first humans to walk upon it.

A half-century has now passed since humans last made direct contact with the moon, with Apollo 17 in 1972. But a new era of exploration has begun with zeal, as a number of space agencies and commercial ventures worldwide launch ambitious lunar projects. Look forward another half-century or so, says Johns Hopkins astrophysicist Joseph Silk, and the moon could be teeming with activity: hotels and villages, lunar mining, ports into deeper space, and giant telescopes that could make the James Webb technology look amateur. 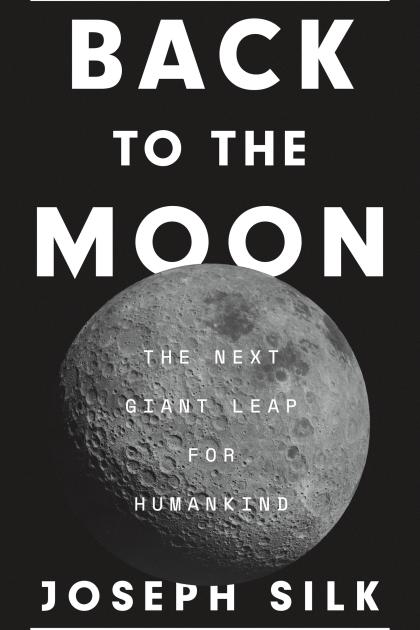 As Back to the Moon hits shelves, there is tangible progress on this front. The Japanese company ispace intends to become the first private venture to make a cargo delivery to the moon, aboard a SpaceX rocket. At the same time, NASA is commencing the first test phase of its $93 billion Artemis program, which will send four astronauts to the moon in 2025 and establish a permanent base there, with the grand ambition to use the moon as a launchpad for the first-ever crewed mission to Mars.

A professor of physics and astronomy at Johns Hopkins, Silk has penned previous books on the big bang, infinity, and other weighty cosmological topics, turning highly technical material into accessible prose. In Back to the Moon, he posits that the moon in fact offers our only pathway to surpassing the current limits of astronomy. "We're running out of resources on Earth for it," he says, "but the moon provides a site for achieving much more."

The low gravity on the moon, for instance, could allow for easier manufacturing of megatelescopes 10 times larger than what's possible on Earth, and the lack of lunar atmosphere can allow those telescopes to peer farther afield with exquisite precision, Silk says. These features will be crucial for studying far larger samples of Earth-like planets beyond our own solar system—and in turn for tackling one of humanity's most probing mysteries: Are we alone in this universe?

In searching for exoplanets that could feasibly host life, astronomers know what to look for, as Silk writes: "the reflected glints of oceans, the green glows of forests, the presence of oxygen in the atmospheres, and even more advanced but subtle signs of intelligent life such as … industrial pollution of planetary atmospheres." The megatelescopes, Silk says, could also help us understand the very origins of the cosmos, the dark ages before the first stars appeared. 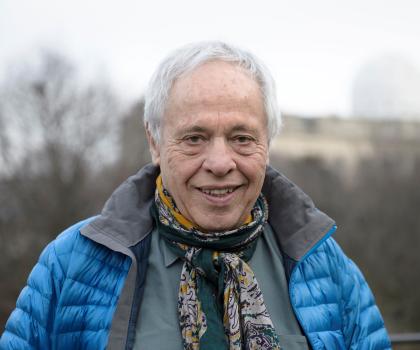 A quarter of a million miles and three days from Earth, the moon can also serve as an improved launch site for deeper travels into space—in part because of the prohibitive payload required for rocket fuel to achieve interplanetary transport from Earth. On the moon, we'll be able to produce that fuel directly from liquefying oxygen and hydrogen found in abundant lunar ice in the depths of permanently shadowed polar craters.

To pursue these endeavors, human settlement on the moon is necessary, Silk says. NASA already intends to build its Artemis base camp on the lunar south pole, where China, too, has plans for an international research station.

Silk also envisions denser habitats, villages or even cities, constructed within the vast lava tubes beneath the moon's surface, protected from meteorites and other harms. But within the next 15 or 20 years, he says, moon resorts may be the first civilian projects we'll see—"a very sophisticated tourism that opens up the moon to many more people than astronauts and engineers." He can imagine lunar golfing and rover rides over lunar terrain. "At first, this will be accessible only to the very wealthy," Silk says, likening it to the early days of airplane travel. "But just wait a decade or two."

Within the next 15 or 20 years, he says, moon resorts may be the first civilian projects we'll see—"a very sophisticated tourism that opens up the moon to many more people than astronauts and engineers.

Silk acknowledges that humans are likely to carry their earthly failings onto the moon, and that intense international competition could erupt over commercial, military, and mining interests. An Outer Space Treaty, signed by the United Nations in 1967, does prohibit any nation from claiming sovereignty over any part of outer space, but Silk says we need something more detailed and enforceable. "We have to get our act together in the next decade to sort out how different countries can collaborate when they do … anything that involves territorial claims," he says.

The most pressing argument Silk raises for our investment in the moon is chillingly existential: Ultimately, it may present humankind its best chance of longer-term survival. Silk points to extinction-level threats—global warming, pandemics, and wars, among them—that could force us to seek shelter elsewhere. The moon's barren landscape and extreme temperatures make it not ideal for large or permanent populations, but it can serve as a steppingstone toward distant planets that humans could potentially colonize. It's the stuff of sci-fi. "Whether through cryogenic preservation of humans or genetic rebirth, the centurylong travel times to the nearest stars will not deter future generations of astronauts," he writes, adding that the limitless potential of robotics and artificial intelligence will also open more doors than we can possibly imagine.

"There's so much to learn," Silk says. "Humanity has always been interested in discovering distant realms, in solving difficult questions that haven't been answered. The moon offers us that vista."

Katie Pearce is a senior writer for Johns Hopkins Magazine.