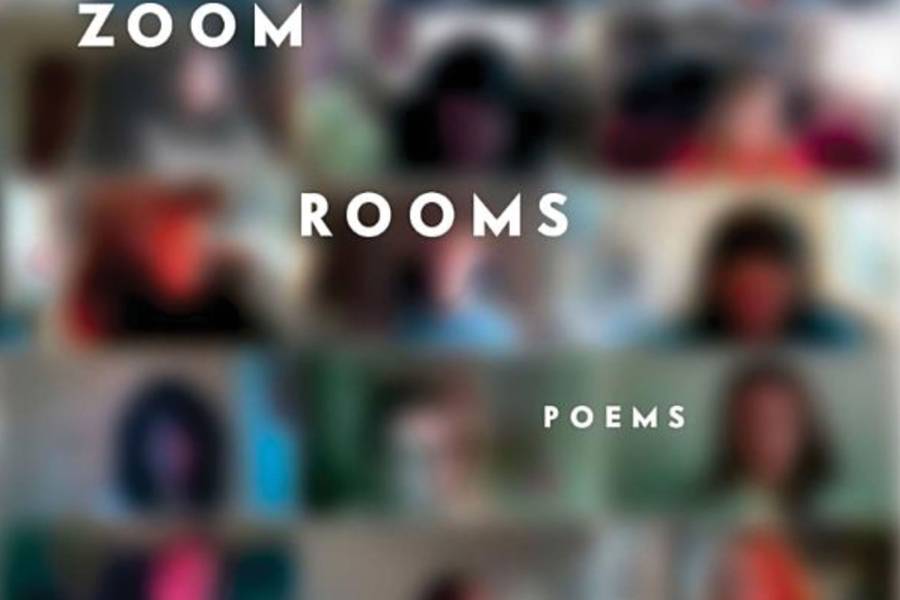 Poet Mary Jo Salter, a professor in the Johns Hopkins Writing Seminars, has always written movingly about death and grief. In "Elegies for Etsuko," in Unfinished Painting (1989), she searched for meaning in the heartbreak of a friend's suicide. And in the poetic sequence "Bed of Letters," in Nothing by Design (2013), she memorialized her marriage and divorce from fellow poet Brad Leithauser with rueful humor.

Zoom Rooms (Knopf), published in March, seems particularly shadowed by a sense of mortality and the inexorable passage of time—a darkness perhaps heightened by the poet's own aging and our seemingly unending pandemic. But this collection, too, counterbalances its many elegiac poems with witty word play and the occasional life-affirming aperçu. Nodding to generational continuity, the book pays tribute with both a dedication and the final poem, "A Letter to Leena," to Salter's new granddaughter, who makes her "want to be around/more keenly than before."

In other poems, Salter is attentive to both the value and evanescence of life. In "Orecchiette," which flashes back to a trip to Italy, she takes note of "All the delicious days/I've eaten, unrecorded/All the poems and plays/On words I was too lazy/To set down, and are gone!" In "White Petals, 3 A.M.," she celebrates a summer that endures "so long you forget you live in time."

15 new books coming to an indie near you

Newly published poetry, from Gaza to Zoom Rooms and more

The title poem, "Zoom Rooms," is a tragicomic sonnet sequence about the lures and limitations of technology. As professor and "Host," she observes "students etherized around a table," a reference to T.S. Eliot's "The Love Song of J. Alfred Prufrock." In another Zoom room, Leena appears, and Salter sees, "Real life at a social distance, almost dead." Attending a virtual memorial for a friend, she finds solace in the thought that "Memory zooms you back."

The collection's other major poem is "Island Diaries," a series of dueling monologues by two shipwrecked characters, Daniel Defoe's Robinson Crusoe and Shakespeare's Prospero, from The Tempest. Each is skeptical of the other. "How did I end up chums with this middlebrow?" Prospero asks. In the end, Crusoe finds himself enveloped in a dream of Prospero and vows to relate their mashed-up stories, though "it may lose some luster in my telling." No such worry with Salter's poems.