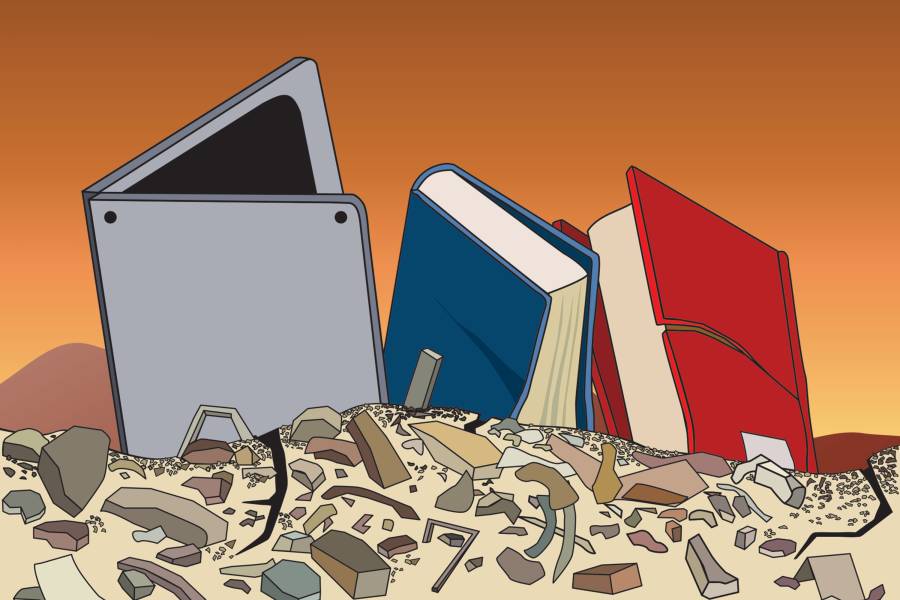 While in high school, Sierra had every intention of going to college to earn a bachelor's degree. But during her senior year, her mother was laid off and her sister got pregnant. So, to support her family, Sierra ditched her college plans and took a job in the service industry. Even at age 20, and still considering college, she was hesitant to enroll in a four-year program. "I feel as though I'm ready," she said, but wondered whether she should enroll full time or "just take some classes. You know, I'm looking into it. I wanna make sure."

Sierra is one of 150 young people whose life experiences are included in a recent study that explores the decisions low-income minority students make about postsecondary education. And what is shared, according to the paper titled "When Anything Can Happen," is revelatory. Generally, previous studies have focused on financial constraints and a lack of knowledge about college options as the primary reasons disadvantaged students choose not to enroll in four-year programs. But the interviews with the 15-to-24-year-old subjects show that it's the instability in their lives that "may make it impossible or unreasonable to complete a bachelor's degree," the authors write. Instead, they accelerate their immediate earning potential by participating in shorter-term training, certificate, or associate degree programs.

Using pseudonyms for its subjects, the paper is part of an ongoing project led by Stefanie DeLuca, a sociology professor and director of the Poverty and Inequality Research Lab at Johns Hopkins, and the lab's associate director, economics Associate Professor Nicholas Papageorge. Their goal is to show policymakers how the so-called "shocks" dis­advantaged students experience—injuries, violence, eviction, job loss, the incarceration and death of family members, to name a few—affect education planning.

"Their criteria are different," DeLuca says. "They're thinking about what's happening at home, not whether there's a rock-climbing wall or vegan menu on campus. So why not create policies that meet them there?" While some colleges offer services such as housing assistance that take students' needs into account, "we just didn't have the right model in decision-making," Papageorge says of previous studies. "And that's because we didn't collect the right data and listen to people telling us how they make decisions."

Their goal is to show policymakers how the so-called "shocks" disadvantaged students experience—injuries, violence, eviction, job loss, the incarceration and deaths of family members, to name a few—affect education planning.

Their paper draws from interviews conducted with young Black people living in Baltimore's highest-poverty neighborhoods. Just over 10% reported experiencing no shocks, 20% one shock, and the rest two or more.

Few interviews stood out to the researchers as much as that of Rhiannon. A top student in high school, Rhiannon was accepted by 10 colleges, some with scholarship offers. But the fatal shooting of her older brother sent Rhiannon's mother into an overprotective tailspin. So Rhiannon chose to pursue a bachelor's degree closer to home. What makes her story unique: Just 17 of the 150 students interviewed ended up at four-year colleges, according to DeLuca. "So even the highest-achieving, most capable students in this group are influenced by the shocks in their lives," she adds.

Because the study's interview sample size is relatively small, the team sought to corroborate its findings with reputable sources of data, including the National Longitudinal Survey of Youth, or NLSY, which since 1997 has periodically queried 9,000 Americans on multiple subjects. Although the NLSY isn't usually tapped for disadvantaged youth research, Papageorge says it contains hundreds of variables, many of which apply to the Baltimore students' circumstances.

"When Anything Can Happen" is a working paper—a group of concepts—he emphasizes. He and DeLuca believe, however, that it provides enough evidence to show that changes in postsecondary policies are necessary. "You can't understand the methods of decision-making about education if you don't have these shocks included," he says.

Counteracting such shocks is a challenge. Federal grant programs, Papageorge says, are too inflexible. They require students to earn their bachelor's degrees in no more than six years, which might not be possible for students experiencing considerable instability.

When “anything could happen,” students opt for shorter programs

The wraparound services some colleges offer—assistance with affordable food, housing, and transportation, for example—are helpful but also limited. So Papageorge and DeLuca have partnered with a Mid-Atlantic community college with the intent of interviewing students and staff to gauge what is and isn't working. The college, Papageorge says, has a food bank and offers gas cards and one-time payments for emergencies that could prevent schooling, Papageorge says. "It has a clothing program for interviews and works with local businesses to determine what training will lead to a job—and much more. It's very forward-thinking."

The aim of the ongoing project is to combine Papageorge's expertise in quantitative economic analyses with DeLuca's experience conducting qualitative research. "Despite a tendency to do so in each of our respective fields, we think it's a mistake to ignore work outside our disciplines," Papageorge explains. "Why use just the tools of one discipline when, together, we can seek truth and generate more knowledge? And Hopkins is a place that nurtures, encourages, and fosters this kind of multidisciplinary research collaboration."