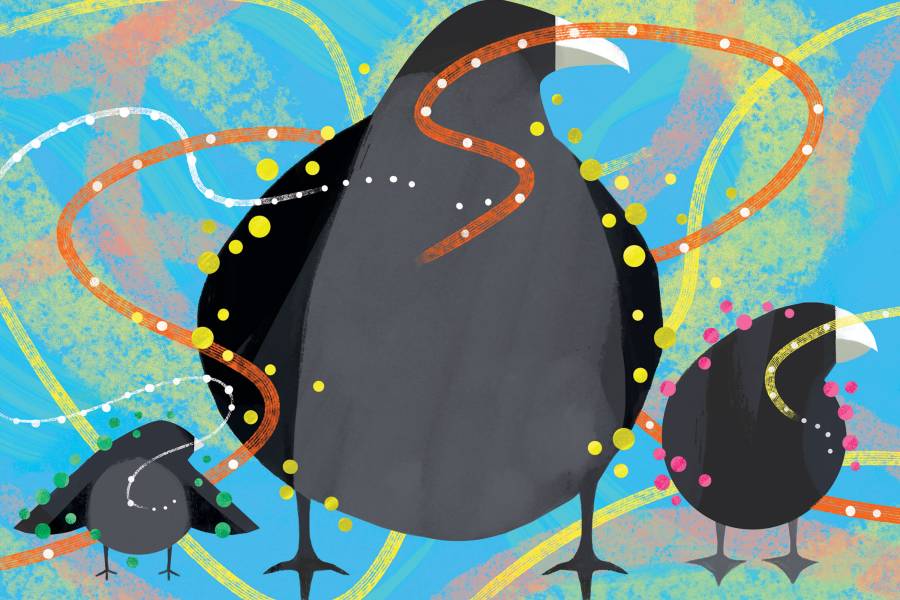 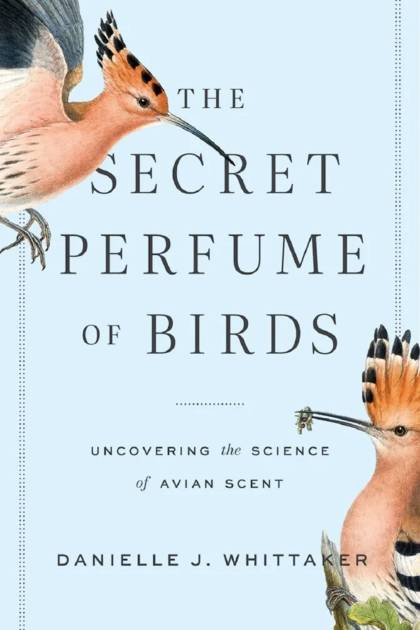 "I can't remember who said it, but someone once said he's a better illustrator than a scientist," says Whittaker, managing director of Oregon State University's Center for Oldest Ice Exploration. Audubon "did a lot for bringing ornithology to the masses. He gave us a lot of very beautiful illustrations, and he played a big role in popularizing birdwatching and all of that. But yeah, his role in perpetuating the myth that birds don't have a sense of smell is pretty big—and it's a really good example of the wrong way to do science."

Whittaker delves deeper into this reverberating ornithological error in her new book, The Secret Perfume of Birds: Uncovering the Science of Avian Scent (Johns Hopkins University Press, 2022). Just Google "if you touch a baby bird, will the mom abandon it?" Highly respected scientific sources and social media memes alike echo the myth that birds have a limited sense of smell and won't be turned off by human scent, Whittaker writes.

In tracking down the source of this falsity, she looks back to the early 19th century, when Audubon conducted three questionable experiments to test whether vultures used scent to find food. In the first, he stuffed a dead deer with grass and let the flesh dry completely so that it would not smell. Vultures attacked the carcass, not realizing there was no meat inside. In the second, he ordered the people he enslaved to conceal a pig carcass in the heat of summer. When dogs found it, yet vultures did not approach, he concluded the birds could not smell the rotting flesh. And in the third, he hand-raised two vulture chicks, approaching their cage with meat in his pockets. When they did not react to the smell, he inferred they used sight, not smell, to find food.

Critics pointed out several flaws with those experiments. For one, Audubon may not have even been studying turkey vultures; his description is closer to that of black vultures, Whittaker notes. Moreover, turkey vultures are known to avoid animals that have been dead for more than a few days. And in the case of the dogs, not the vultures, eating the pig? "Pray, when the dogs were at dinner on the carcass, and the vultures at the same time were flying over the ravine where the hog lay, what prevented these keen-eyed birds from seeing the hog?" posed early 19th-century naturalist Charles Waterton in a scathing critique.

"I didn't have a background in ornithology—I was still learning about all the ways birds are different from mammals—but losing an entire sense just seemed absolutely absurd and unlikely."
Danielle Whittaker
Evolutionary Biologist

Another commonly cited argument against avian scent is that some birds' olfactory bulbs are relatively small, leading many scientists to conclude they gave up smell in favor of improved eyesight. This notion became so pervasive that it was repeated to Whittaker—at the time a new postdoc at Indiana University—as fact by a prominent neurobiologist colleague.

"I had never heard that before in my life," she says. "I didn't have a background in ornithology—I was still learning about all the ways birds are different from mammals—but losing an entire sense just seemed absolutely absurd and unlikely."

Whittaker embarked on a fact-finding quest that would become her career's work. She learned that graduate students in her lab determined that both male and female dark-eyed juncos produce more odoriferous preen oil—a secretion that helps protect the bird's feathers from exposure to the elements—during mating season, possibly to help attract a fertile partner. Score one point for the pro-scenters. She read the work of UC Davis researcher Gabrielle Nevitt, who studied how seabirds use scent to find food in the ocean. And she looked at the drawings of Betsy Bang, a medical illustrator at Johns Hopkins University in the 1960s, who observed just how large and elaborate birds' nasal cavities can be.

Can birds smell? This ornithologist is debunking a long-standing myth

Scientists used to think birds couldn't smell. A biologist set out to prove them wrong

The bacterial surprise in this bird's smell

Birds follow their noses with a highly developed sense of smell

In Secret Perfume, Whittaker weaves together dozens of research studies that have incrementally increased what we know, and what we still don't know, about birds' ability to emit and perceive scent. She also summarizes her own research, including studies into the role that a family of genes called MHC—the major histocompatibility complex—plays in birds' mating choices and how bacteria in birds' preen oil glands contribute to each animal's unique olfactory combination. Throughout, she keeps the science approachable and sprinkles in antics from the field—the time a colleague's car nearly careened over the side of a mountain, an infamous bear-in-the-aviary incident, blaring "The Final Countdown" on the car stereo while racing to capture 75 juncos.

Whittaker confesses that she struggles with how much her research ultimately matters, given the events of the past couple of years.

"There's a lot going on in the world. Who cares if birds can smell?" she says, imagining how one might react to her field of study. "But I have to believe that it does matter to keep doing basic research and finding out more about the world around you. … And I really want people to understand what it's like to do science, that it's not this clean, orderly thing at the top of an ivory tower. It's a messy, real-life kind of work. It takes a lot of wrong turns, and it's difficult, but we do the best we can."