"We want our resellers to be the human Walmarts of their community," says Steven Wongsoredjo, co-founder and CEO of Super, a social commerce program helping to meet demand for affordable goods in Indonesia 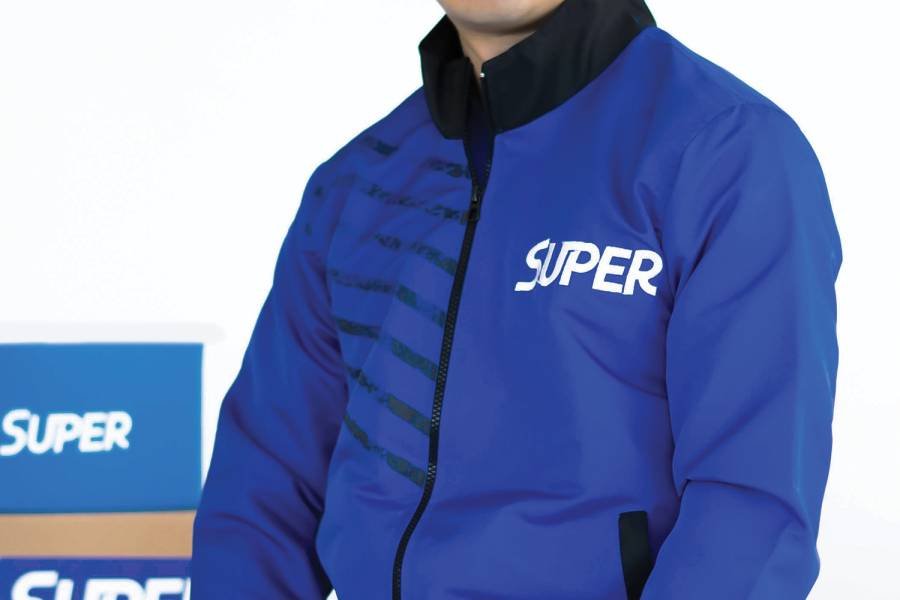 Retail is Steven Wongsoredjo's world. The 29-year-old grew up in a family retail business—which he describes as an Indonesian version of Chuck E. Cheese. And it was this experience that inspired him to co-found Super, his first large venture in Indonesia. Launched in 2018, Super is a social commerce program that aggregates demand for goods in rural areas of that country. Super allows people to download the app and apply to become sellers in their towns. Once approved, they deal in fast-moving consumer goods such as toiletries, beverages, and packaged foods. They collect the revenue from their customers, then Super sends the products to this seller. The seller then delivers the goods to their customers. Essentially, Wongsoredjo says, Super turns people into storefronts, helping ease distribution disparities by hiring local delivery crews while making goods more affordable for all Indonesians— rural and urban alike.

Wongsoredjo, Bus '14, pictures the Super of the future as a Walmart without walls. He has his eyes on some very particular goals: lower prices on goods for all Indonesians, distribution networks that utilize local people and local products, and better communication between different communities, suppliers, and consumers.

Here, Wongsoredjo explains what he's learned so far about entrepreneurship and commerce longevity.

Where did the idea for Super come from?

One of the things I learned at a young age was that life is unfair in Indonesia, especially in rural areas. I traveled with my dad for work, and I saw firsthand how in rural areas, the gross domestic product, or value of goods and services, could be lower by three to five times, compared to urban areas. And the price of goods was more expensive in rural areas too, by almost 200%, compared to Jakarta, the capital city of Indonesia. This is why I wanted to build Super: to solve the inequality of economic distributions across all rural areas. Our big dream is to make goods more affordable for all Indonesian villagers, especially those in tier-2 and tier-3 areas.

What did it feel like to launch your own business?

It was a modest start. I found it quite difficult to secure the first seed round and angel round of funding. Most people didn't believe in the idea that tapping into rural areas made sense from a business perspective. However, I always saw the big picture: Even though it's challenging to build this kind of infrastructure and supply chain, it's about innovating. And for us, the innovation came in two different parts. First, we could innovate by focusing on hyperlocal power. At Super, we work with local truck drivers and vendors—the ones you can't find on Google—which makes our supply chain much more efficient than the normal commerce players'. And second, we innovate by empowering locals to distribute local products, not international products; therefore, our economics is growing over time. We're only getting stronger.

Looking back, can you recall any constructive mistakes over the first few years?

Yes! We built the app first and then launched it—but the app was far too complicated for our users. We had bad engagement, which made us realize that Indonesia's literacy is still fairly low. Now, we do offline activity first. Then once we have a market fit, we move backward to build out a more user-friendly version of the app.

How has the pandemic affected your plans and strategies, if at all?

When the lockdowns started, we were one of the first options out there for people who were losing their jobs. They became our resellers. And the income they were making was close to the minimum wage in that area, too. During the lockdowns in Indonesia, most stores also closed down and prices went up. So Super became one of the few options for affordable goods for villagers. We've actually increased our channels and consumers on the ground threefold, year over year, during the pandemic!

What do you think it takes to be an entrepreneur? Why choose this path?

For me, any career path is great as long as you love what you do. Not everyone is meant to be an entrepreneur and that's fine. But if you do choose this path, choose longevity. Big things take time; make sure you're in it for the next five to 10 years. I want to be up front that entrepreneurship, at least for me, isn't the story you usually see in articles. It's a long story of rejections and failures. And you'll have to bear that for a long time before you're able to achieve something meaningful.

What's next for Super—and for you?

In the next five to 10 years, we want to become the Walmart of Indonesia without having a presence in retail stores. Like Walmart, we have a white label department and warehouses, but ours aren't centralized; they're hyperlocal to the villages we cover. The long game is that we started Super in East Indonesia, but our other big next step is to get Super to the rest of the 470 second- and third-tier rural areas in Indonesia. Then, we'll go after the rest of the South Asian market.