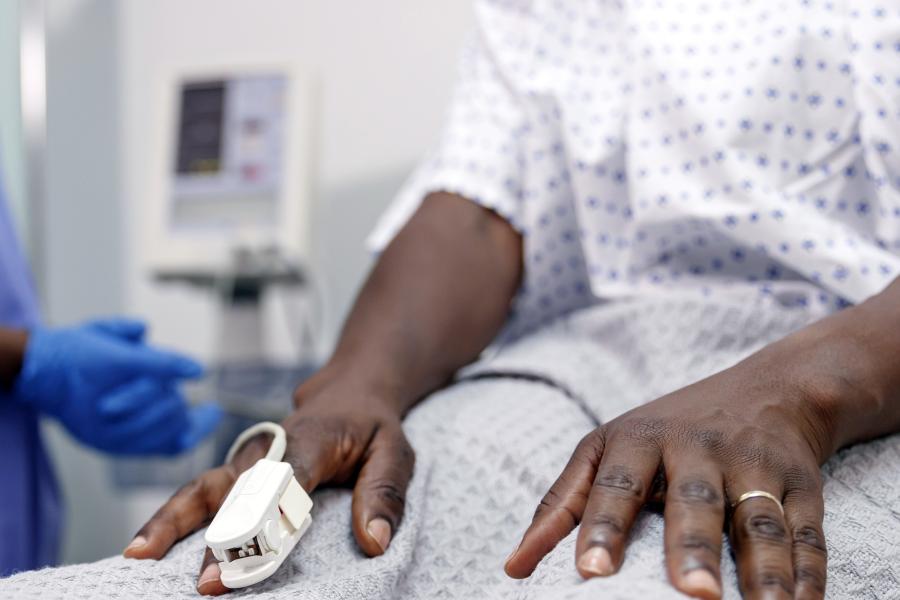 Vital tech with a fatal flaw

In the early days of the COVID-19 pandemic, Ashraf Fawzy remembers one patient, a Black woman with asthma, who arrived in the intensive care unit of Johns Hopkins Hospital. Despite her pulse oximeter readings showing normal oxygen levels, the woman insisted she was out of breath.

"Her symptoms were severe, but the numbers were telling a different story," Fawzy recalls.

Perplexed, doctors followed up with an arterial blood gas test—the gold standard for measuring oxygen but a more invasive, time-consuming method than the clip-on pulse oximeter. The second test validated the woman's pleas. "It turned out we needed to give her more oxygen, and we needed to keep her in the ICU longer," Fawzy says.

Fawzy, an assistant professor of medicine at the Johns Hopkins School of Medicine, had noticed a sporadic trend of inaccurate numbers from pulse oximeters, seemingly more common among patients of color. Comparing notes, he found that a colleague in Texas, David Wu at Baylor College of Medicine, was seeing the same. In December 2020, a letter appearing in the New England Journal of Medicine confirmed they weren't alone.

"Because we're shining light on the skin to see how much light is absorbed in the hemoglobin, different skin tones can interfere with the way the light is absorbed and how it's measured."
Ashraf Fawzy
Johns Hopkins School of Medicine

Since its invention in 1974, the "pulse ox" device has become a staple in routine medical practice, its readings known by some as the fifth vital sign. Clipped to a finger, toe, or earlobe, the device beams wavelengths of light onto the skin to provide immediate estimates of oxygen saturation levels in the blood, helping detect a range of common health conditions including respiratory and heart problems.

With COVID-19 affecting lung function, a pulse ox is commonly used to determine whether and when a patient enters the hospital, and once there, the course of their treatment. "In COVID, the pulse ox became central to making clinical decisions," Fawzy said.

But for years it has been known that pulse oximeters may present racial biases, with studies dating back as far as the late 1980s suggesting a flaw in how the device measures oxygen in the blood of people of color. But according to Fawzy, the pandemic finally brought the problem to the forefront of medicine. "Speaking for myself and Dr. Wu, we were never taught this in medical school," he says. "It was never mentioned to be wary of the pulse ox in certain populations or that these could potentially be inaccurate." 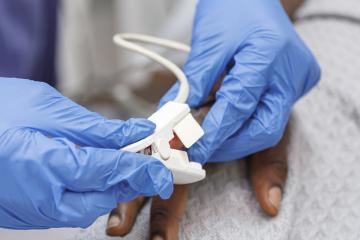 Though the problem demands more research, it's believed that darker skin tones affect how a pulse oximeter absorbs light. "Because we're shining light on the skin to see how much light is absorbed in the hemoglobin, different skin tones can interfere with the way the light is absorbed and how it's measured," Fawzy explains.

Through their own research published in JAMA Internal Medicine in May, Fawzy and Wu have confirmed that a pulse ox disparity exists. Culling data from more than 7,000 patients from the Johns Hopkins Precision Medicine Center of Excellence for COVID-19, the study found that Black and Hispanic patients were 29% and 23% less likely than white patients, respectively, to have pulse oximeters recognize their eligibility for more aggressive COVID-19 treatment.

Those findings are concerning, Fawzy says. "The pulse ox numbers are used to determine what medications are given and when—important decisions."

Is it possible some patients may have died because of pulse oximeter flaws? Fawzy says there's not yet enough data to know, but follow-up studies will aim to determine exactly that. "What we know is that our study showed a potential delay in care, and other studies have shown patients of ethnic and racial minorities having worse COVID outcomes," Fawzy says. "Pulse oximeter inaccuracy may be one of several factors involved, but more research is needed."

In the long term, it is essential to update the design of the pulse oximeter, which has remained largely unchanged for decades. A number of researchers are now tackling that challenge, including a group of biomedical engineering students at Johns Hopkins whom Fawzy commissioned. The EquinOx team—led by recent graduate Jerry Zhang, along with undergraduates Stanley Zhu and Vivek Chari—has developed a prototype for a new pulse oximeter that factors in skin tone and other physiological factors when calculating blood oxygen saturation. Simulations have demonstrated that the device could be 2.8 times more accurate than traditional pulse oximeters in detecting low oxygen levels in patients with dark skin tones. The team is now testing the device through a clinical study at Johns Hopkins Hospital.

At this time, Fawzy says, it's not realistic to stop using pulse oximeters, or to switch entirely to arterial blood gas tests. "The pulse ox is still a very useful tool, and right now it's the best we have to noninvasively measure oxygen levels," he says. "It would not be practical or reasonable for every person of color to have their oxygen level monitored using only blood tests, which are more invasive, can be painful, and don't provide continuous or timely monitoring." 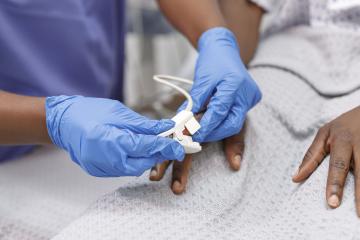 Published July 18, 2022
Black and Hispanic patients were 29% and 23%, respectively, less likely than white patients to have their treatment eligibility recognized by pulse oximetry