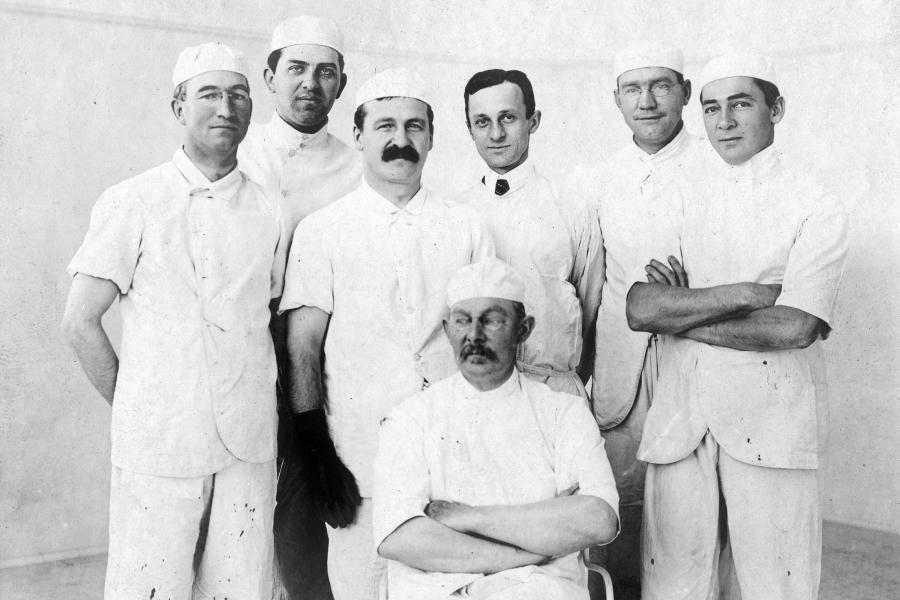 Where did summer go?

Yes, I'm referring to vacation days on the beach and long road trips now being in the rearview mirror. The season goes too fast. But I'm also talking about our summer issue that wasn't; the nationwide supply chain issues impacted us, too, unfortunately delaying the release of the magazine—until now. We're happy to be back.

One story I'm particularly thrilled to share is senior writer Katie Pearce's feature on William Stewart Halsted on the 100th anniversary of his death. I've been at JHU for more than two decades and long known Halsted's name and role as one of the four founding physicians of the Johns Hopkins Hospital and School of Medicine. But I confess to having only a cursory grasp of this man's extensive list of accomplishments. To mention but a few, Halsted introduced the use of local anesthesia and surgical gloves, innovated numerous medical procedures including a radical mastectomy, and revolutionized the model for surgical training.

Like many labeled a genius, Halsted was a complicated, arcane person. He had a fiery temperament, debilitating shyness, a meticulousness as a surgeon that baffled his contemporaries, and addictions to cocaine and later morphine that both fueled and hampered his greatness. For many, he's a white-haired, mustachioed man forever frozen in time in the famous 1905 John Singer Sargent portrait that now hangs in the Welch Medical Library. In these pages, we hope to show you a more textured depiction of this pioneer.