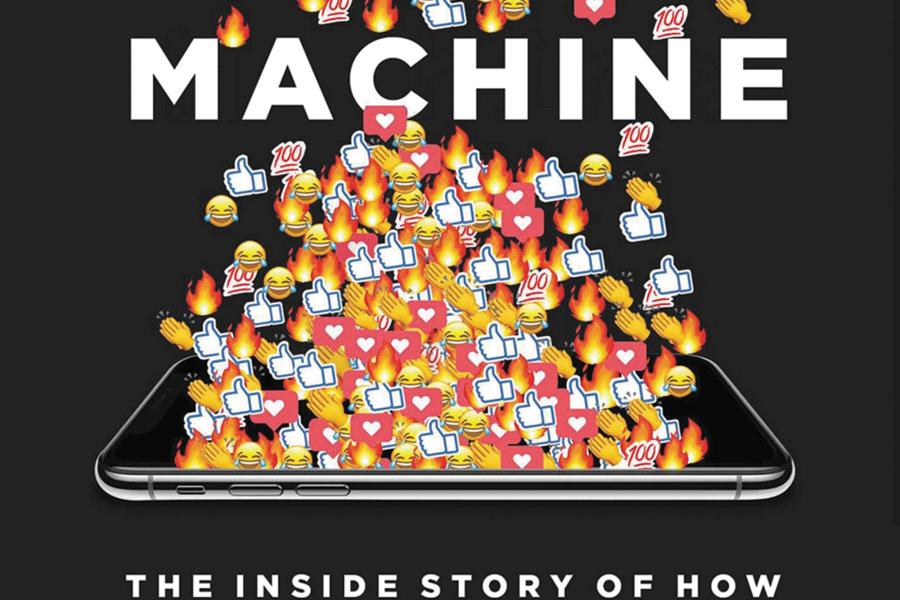 Whatever you've heard about the negative impacts of social media, Max Fisher's The Chaos Machine (Little, Brown and Company, 2022) argues that the real story is far worse.

A fusillade of grim data and anecdotes, the book implicates mainstream social media platforms in recent spasms of violence and political unrest in Europe, Asia, Latin America, and the United States. Sites such as Facebook, Reddit, Twitter, and YouTube don't just polarize political discourse and spawn conspiracy theories, Fisher writes; by design they have elevated extreme content, allowed otherwise isolated "crazies" to find one another—and even ushered some of that recklessness into being.

How social media influences our behavior, and vice versa

These are strong claims. An international reporter for The New York Times, Fisher, A&S '13 (MA), cites academic experts, whistleblowers, and his own investigative efforts to back them up. At the root of the problem, he writes, is a profit-oriented, amoral mindset that he imputes to Silicon Valley leaders who operate under the cloak of "total freedom of speech"—and the fiendishly efficient algorithms designed to maximize user engagement.

He makes the case that the results have been catastrophic. Just as hate-filled radio broadcasts helped provoke the 1994 Rwandan genocide, Facebook posts, building on existing prejudices, have triggered the slaughter of the Rohingya Muslims in Myanmar. They also have unleashed anti-Muslim violence in Sri Lanka and, buttressed by race-baiting YouTube videos, anti-refugee riots in Germany. Tellingly, when Facebook has gone dark, violence has diminished in tandem, Fisher writes.

In this country, social networks have united anti-vaxxers, election conspiracists, and white nationalists, helping to brew the deadly 2017 Charlottesville rally and the Jan. 6 attack on the Capitol.

What is clear is that despite repeated warnings, including from their own employees, social media platforms have resisted reforms and undertaken only limited moderation and fact-checking. And pandemic isolation has only aggravated the role of social media as "a machine engineered to distort reality through the lens of tribal conflict and pull users toward extremes," Fisher writes.

Beyond its indictment of social media lies an even more troubling one, involving human gullibility and our attraction to hatred and violence. That won't be news to anyone familiar with the sweep of human history. But it suggests that our problems transcend the idiosyncratic failings of Silicon Valley.