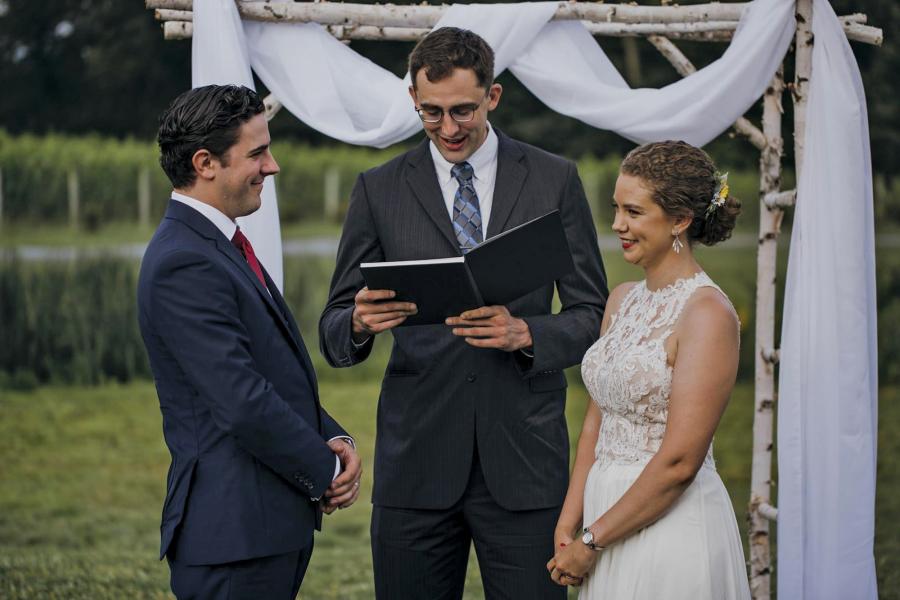 As an engineering undergraduate, Adam Baumgartner, Engr '10, spent three formative years as captain of the Blue Jay Racing team, a group of students who design, build, and race single-seat off-road vehicles against other schools at the annual Baja SAE competition. That experience of translating classroom learning into hands-on tinkering primed him for his first job I the automotive industry. So, when he graduated from Hopkins, he decided to pay it forward to other aspiring engineers by embarking on a mission to sustain, grow, and strengthen the team.

Baumgartner, now a software engineer, returns to campus in various capacities as a guest lecturer, design judge—and, most notably, chief cheerleader to the Blue Jay Racing program. At the 2011 Grand Prix of Baltimore, an IndyCar Series and American Le Mans race held on a street circuit in the city, Baumgartner organized a gathering of alumni and team members to watch the race together. The shared experience proved to be a fantastic networking opportunity, he says. As a fixture at such events, he not only served as an alumni resource to the undergrads but also developed enduring friendships with some of them, including Jenni Herchek, Engr '14, '20 (MS), and Seán Bailey, Engr '14, who would later ask Baumgartner to officiate at their 2019 wedding.

"One of the things I like about being involved with the team is learning so much about my shortcomings from the current students and seeing how they solve problems," Baumgartner says. "I got to learn a ton from Seán and Jenni with respect to seeing them over time and getting their thoughts on how to improve things."

Although the trio met when Herchek and Bailey were students, they say their friendship flourished through alumni events. "I think Adam had this kind of Team Mom energy," Bailey says, "and it inspired us to continue to give back once we graduated."

When the Grand Prix of Baltimore ceased operations in 2013, Baumgartner continued bringing Blue Jay racers back to the Homewood campus as part of the Baja Alumni Weekend, where they could hang out with current students, drive the cars, and engage in casual networking.

In addition, Bailey and Herchek, both mechanical engineers at the Johns Hopkins University Applied Physics Laboratory, helped organize two races in 2015 and 2018 at Budds Creek Motocross Park in Maryland, bringing together over a thousand students from nearly 100 international universities. Herchek, along with Baumgartner, is on the judging panel for evaluating teams on how they apply critical thinking to real-world problems.

The strong bond extends beyond the three friends. Case in point: Baumgartner wasn't the only team member in attendance at her wedding. "Basically half of our wedding guests were people from the team," Herchek says.