A voice for the alumni community 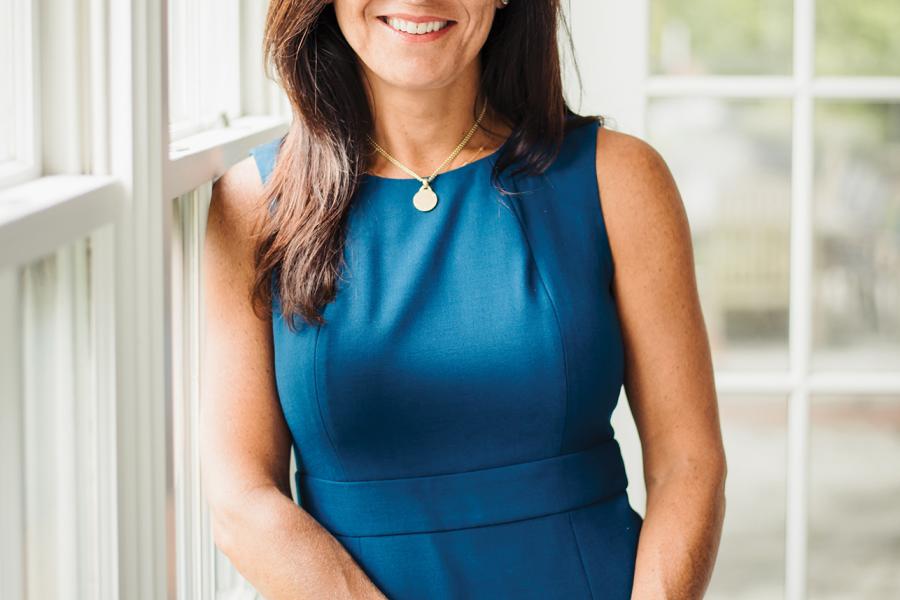 Growing up in a family of lawyers made Mary Ann Dickson, A&S '97, outspoken from the start.

"Let's put it this way—I never had to be told to be vocal at a young age," she says. "I had an opinion early on, and I wanted to address it."

Now Dickson is ready to put her voice to work for her fellow Hopkins alums as the incoming president of the Johns Hopkins Alumni Council.

Dickson followed in her family's footsteps and became a lawyer herself. She started out in private practice focused on business and finance law, then served as in-house counsel at the investment banking company Citi. Dickson joined Bank of America in 2010, most recently serving as a managing director covering global banking and markets and managing 60 people worldwide—mostly lawyers—negotiating trading documentation. In August, it was announced that Dickson will co-lead a newly formed international team to enhance the overall experience for clients across the global markets businesses.

Entering new spaces and taking left turns come naturally to her. Dickson enrolled at Hopkins as a single-sport student-athlete playing field hockey. Janine Tucker, the then new head coach of the women's lacrosse team, had other plans. Tucker recruited Dickson to the lax squad, where she would go on to be named the 1997 National Division III Defensive Player of the Year. Dickson learned a lot from playing two sports while majoring in political science.

"It required a lot of hard work. It prepared me for being disciplined and getting my work done." Dickson joined Blue Jays Unlimited, the official fundraising arm of Johns Hopkins Athletics, and then she became good friends with other lacrosse players who graduated years apart. She realized she wanted to go deeper, to forge relationships with Hopkins alumni beyond student-athletes. So, she joined the Alumni Council, working on the Student Engagement Committee before expanding into a leadership position as an officer on the Steering Committee.

Dickson brings a holistic view of the university to her role as council president; she wants to help make connections between alumni that could have global significance. "When you take a step back and learn more about all the different divisions and schools that make up this university, there's so much opportunity to bring together amazing minds, to generate new ideas and ways of thinking," she says. "When I met her, it was very easy to see her commitment to Hopkins, her vision for how we could become stronger and engage more alums," says Susan deMuth, associate vice president for alumni engagement and annual giving. "More than anything, Mary Ann sees all components of the university. She sees the potential of one university."

"You can probably tell how much pride I have in Johns Hopkins," Dickson says. "I want to make sure I'm facilitating that excitement and sense of pride in our university and all that it does."