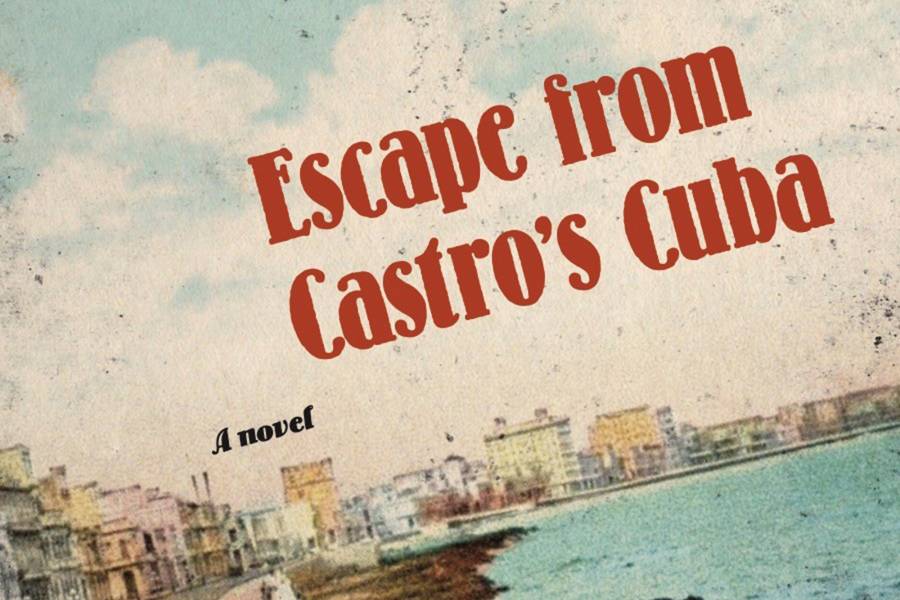 At several turns in the novel Escape from Castro's Cuba (University of Nebraska Press, 2021), characters wistfully imagine "what if" scenarios: a passion or instinct followed and not ignored, and how events could have played out differently. None greater are the musings of the titular character. Just imagine the alternate universe—and geopolitical ramifications—where a young Fidel had better control of his breaking ball and fled his native land to pursue pitching stardom in America's major leagues. Baseball lore would have a new chapter, and the fortunes of many would be rewritten.

In his sequel to Castro's Curveball (Random House, 1999), author Tim Wendel, A&S '98 (MA), returns to Havana circa 2016, a "town full of ghosts," and his core cast of characters now at different points in their life arcs. Main character Billy Bryan, an aging former Washington Senators minor league catcher, travels to Cuba for a small role in a baseball movie being filmed on location there. He soon realizes that this place and his past remain as ill-fated as when he played winter ball in the Cuban capital decades before.

Against his better judgment and with the prodding of his Cuban-born daughter, Eván, Billy becomes entangled in a scheme to spirit a top baseball prospect, a talented young shortstop named Gabriel Santos, off the island. The plot sets him against his old friend Fidel Castro, a lion in winter who nevertheless remains a dangerous adversary, as do the Cuban sports machine and the Mexican crime syndicates that now direct baseball talent toward the U.S. major leagues. For Billy, the City of Columns has a romantic allure impossible to resist despite painful memories. It was here that Billy fell in love with the beautiful revolutionary photographer Malena Fonseca—Eván's mother—whose death still haunts him and one he blames on the same Cuban powers he's now pitted against.

What unfolds is a story of revenge, passion, love, and second chances. And, like its predecessor, Escape from Castro's Cuba is a book where the island nation and the game of baseball become main characters.

Inspiration for the book—a finalist for the 2021 Casey Award for Best Baseball Book of the Year—came in early 2017 on his fourth trip to Havana, and the first accompanied by his wife, Jacqui. No sooner did he arrive at the airport tarmac than he was greeted by a Cuban official. "What brings you back to Cuba, Señor Wendel?" he asked. Wendel never told the man his name. As Billy says in the book, Cuba is a place where secrets don't stay secret long. On that sometimes tense trip, Wendel spoke with sports officials, folks at the U.S. Embassy, artists, and strangers on the street. What struck him was how much Cuba has remained the same, but also how it's evolving. Baseball remains a passion, but soccer is rapidly taking over the minds and hearts of the Cuban people. And no longer do ballplayers escape by raft across the Florida Straits. Instead, he learned, they now make deals with crime syndicates and leave the island on speedy cigarette boats. He began writing the novel as soon as he returned home.

"I just knew it was time to revisit Cuba, at least in terms of a story. I asked myself, What would Billy Bryan think of all this? And next I was onto something," Wendel says. "I fear in some ways with Cuba we're closer to the end game. The Cuba that I knew as recently as eight or nine years before was changing once again, and maybe not for the better. I wanted to dig into that."

The book also does service to the people of Cuba, whom Wendel clearly admires. Despite poor conditions, they retain a positive spirit laced with a gallows humor and secrets they fearfully hold on to. On his last trip to Havana, Wendel met an 80-year-old woman, the owner of the flat he stayed in, who cooked breakfast every morning for him and his wife. On his third day in town, he asked the woman her Cuba story. She told him she was born not too far from Castro's birthplace in Birán, and in the waning days of the revolution marched with him and his army into Havana. But, she insisted, she never shot anyone.

"Later that day we were walking in the streets of Havana, and I looked at my wife and said, 'I think she pumped a ton of people,'" Wendel says.

As Billy says in a moment of reckoning when he realizes the danger in front of him, "Cuba is beautiful, but has a dark heart."