A nod to a mentor

When Charlie Neuhauser's graduate adviser at Northwestern University, Mike Flynn, called to say he was helping establish a new department of computer science at Johns Hopkins in the early 1970s, Neuhauser, Eng '80 (PhD), was immediately interested.

"I packed up my car and drove to Baltimore," Neuhauser recalls.

Flynn would leave Hopkins a few years later for a position at Stanford, but Neuhauser found a mentor and lifelong friend in Rao Kosaraju, one of the four inaugural faculty members; he would remain in the Department of Computer Science for 50 years. Kosaraju retired in 2020 and was appointed Edward J. Schaefer Professor Emeritus. 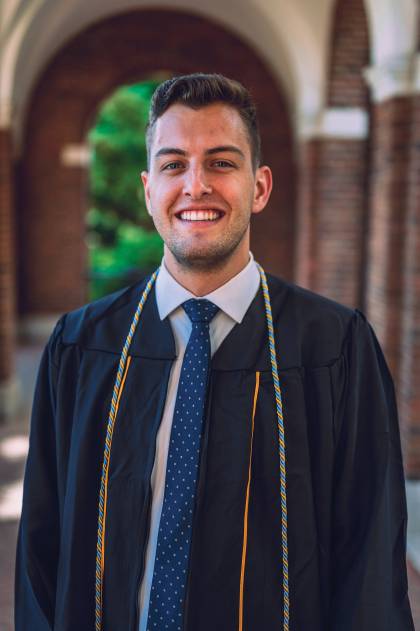 "When I was there, the department was very tightknit because we were small, we were new, and we were different," says Neuhauser, who earned his PhD in electrical engineering and computer science at Hopkins. "Computer science wasn't seen as an important long-term endeavor. Of course, now that's all changed. Today, computer science is a very important course of study. And part of that is thanks to the work of people like Mike Flynn and Rao Kosaraju. Rao has made tremendous contributions to the field."

To celebrate the department's founding faculty and the lessons they taught him, Neuhauser established the Neuhauser Family Teaching Award in Honor of Dr. Rao Kosaraju. The award recognizes outstanding undergraduate teaching assistants, and the two inaugural recipients were named this past spring. Each winner receives a $1,500 cash award to use at their discretion.

Neuhauser hopes the award will encourage students to learn teaching skills, an opportunity many don't have as undergraduates. Writing, public speaking, and teaching are invaluable in an ever-changing field, he says. In 1968, Neuhauser could walk around inside the first computer he worked on. Now, he carries in his pocket a computer 100 times as powerful: his cellphone. 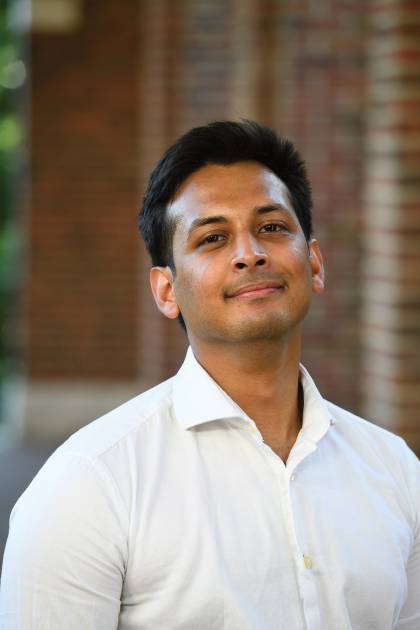 "You will probably not do the same job, or be in the same field, when you start out as when you finish your career," he explains. "What you have to do is build a toolbox for yourself that's portable. The idea behind the teaching award is that it's one tool that somebody can put in their toolbox and have for the rest of their life."

For new alum Kaushik Srinivasan, Engr '21, one of the award's inaugural recipients, the skills he learned during his three years as an undergraduate teaching assistant are already transferring to his job as a software engineer with Bloomberg L.P. He was appointed head teaching assistant his junior year, and in reviewing other students' work, he learned how to write more readable code and quickly identify issues or errors.

"Teaching is a great experience, and I got back a lot more than I imagined," Srinivasan says. "Of course, being a teaching assistant helped strengthen my conceptual understanding of the material. But I also became more empathetic as I had to understand the issues from the students' point of view. Additionally, I maintained the rapport I built with students through other computer science classes we were both enrolled in."

Fellow Neuhauser Family Teaching Award winner Tanner Amundsen, Engr '21, was promoted to lead course assistant his junior year, a position that required 15 to 20 hours of work per week. That time spent grading and leading office hours provided him with plenty of interview talking points ahead of landing a job doing computer and sensor netting research for the Applied Physics Laboratory. He says the experience also helped him build both interpersonal and technical skills, like code review and debugging, that he wouldn't have gotten in a formal course.

"It was the extracurricular that I was never willing to sacrifice," Amundsen says. "I received the notification that I would be receiving this award in the middle of finals, and it was a particularly hard finals season for me—my senior spring, my very last semester. And immediately, the impact of knowing my work is recognized and that Hopkins, and Hopkins Computer Science specifically, is recognizing the work of undergraduate course assistants felt very special. It made me feel very appreciated."

Both Srinivasan and Amundsen say they are honored to be the inaugural recipients of the award, especially as they developed a genuine passion for teaching during their tenure as course assistants. And like Neuhauser, they hope the award will motivate more students to teach during their undergraduate years.

"Now that this award is getting more into the computer science lexicon, I hope that it encourages more students who haven't considered being an undergraduate course assistant to try it out, just knowing how much the department cares about and values the work that they're doing," Amundsen says.

This story was adapted from "Promoting the Power of Teaching," published by Development and Alumni Relations in August as a Why I Give story.