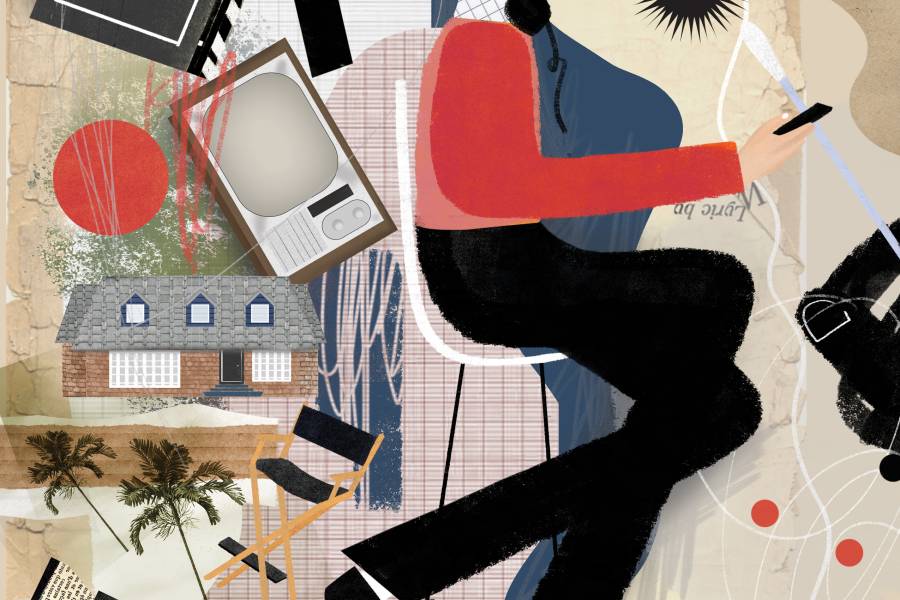 I'm essential! At least that's what they tell me. I've waited my whole life to hear those words, but I never expected it during a worldwide pandemic when doctors, nurses, and educators are so much more important than one man on the crew of a half-hour sitcom.

I am the script supervisor for the ABC sitcom The Goldbergs. My job is to make sure that when scenes are filmed out of order, there are no continuity mistakes. I ensure that the actors move on the same line each take, pick up a glass with the same hand every time, I make note of all the blocking, and occasionally cue an actor if they need a line. For over 170 episodes, I have sat next to the director and said things like, "This line was wrong" or "That won't match."

Attention to the most minute details is key. It can be a nerve-wracking job under normal circumstances. Then came March 2020 and the reality that we were living during a pandemic. When we shut down on March 13, we had no idea what the future held. A two-week hiatus turned into months of questioning when we would ever work again, and if so, how could we film when people were no longer allowed to be less than 6 feet from one another?

Because the film and TV industry supports over 2 million jobs in California and contributes over $50 billion to the state's economy, crews were exempt—and even deemed essential—when Governor Newsom issued the last stay-at-home order. But it meant quickly learning new safety protocols. Our setup rivals that of most hospitals—it's an embarrassment of riches considering some hospitals don't have the PPE they need. With actors unmasked when the camera rolls, the crew must wear masks and face shields at all times on set. The actors get tested five times per week, the main crew three. My nose is now inured to the swab.

Once we were back to work, we had to get creative. For a parody of the classic comedy Airplane, how could we film our regular cast plus background actors inside the fuselage of a decommissioned plane for 10 to 12 hours unmasked? Dummies. No, not the writers (though many of us questioned the sanity of writing this episode). We filmed just our main cast, a couple of extras, and a bunch of dummies in the background, clad in sunglasses and hats, with heads down to appear to be sleeping.

In another episode, we filmed a carnival scene, only to discover that one of the extras had forgotten to take off his mask. Not wanting this to become like a Game of Thrones Starbucks-gate, I made a huge note that went to our editors saying, "BEWARE! DO NOT USE THIS TAKE!" Fortunately, now that I'm essential, they listened. Being back to work is a privilege I don't take lightly, even if my kind of "essential" only means making people laugh.

Ari Halpern has been a continuity script supervisor for over 20 years. He is also a crossword constructor, with several puzzles published in The New York Times, and he runs personal and corporate pub trivia-style game nights via SuperScriptTrivia.com.