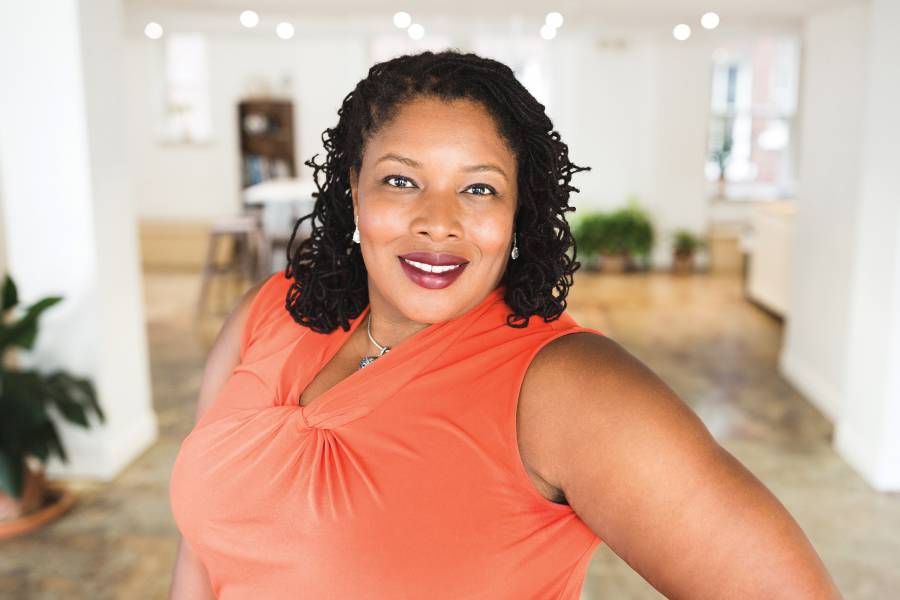 Among a sea of physicists, a Black woman tends to stand out, says Jami Valentine Miller, A&S '04 (MA), '07 (PhD). In the past, when Miller—the first Black woman to earn a PhD in physics at JHU—has attended large conferences in her field, "it's not hard, out of thousands of people, to spot the one person who's like you," she says. "And then it's like, 'Well, let me go over and introduce myself.'"

Many of the women Miller has met over the years are celebrated on her website, African American Women in Physics, AAWIP.com, which lists more than 150 women in the U.S. who have either earned their doctorates in physics, are current graduate students, or have worked in the field.

Among them are trailblazers like Willie Hobbs Moore, the first African American woman to earn a PhD in physics; NASA scientist Katherine Johnson (depicted in the movie Hidden Figures); and Carolyn Beatrice Parker, who contributed to plutonium research for the Manhattan Project.

The group is steadily growing, says Miller, a patent examiner at the U.S. Patent and Trademark Office, and includes one other Hopkins alum: Lynnae C. Quick, A&S '11 (MA), '13 (PhD), who was the second African American woman at Hopkins to earn her doctorate in earth and planetary sciences and is now a planetary geophysicist at NASA.

AAWIP celebrates these women while building mentorships and networking opportunities, Miller says. "For those who want to hire more diverse candidates," she says, "we are out here. We exist."