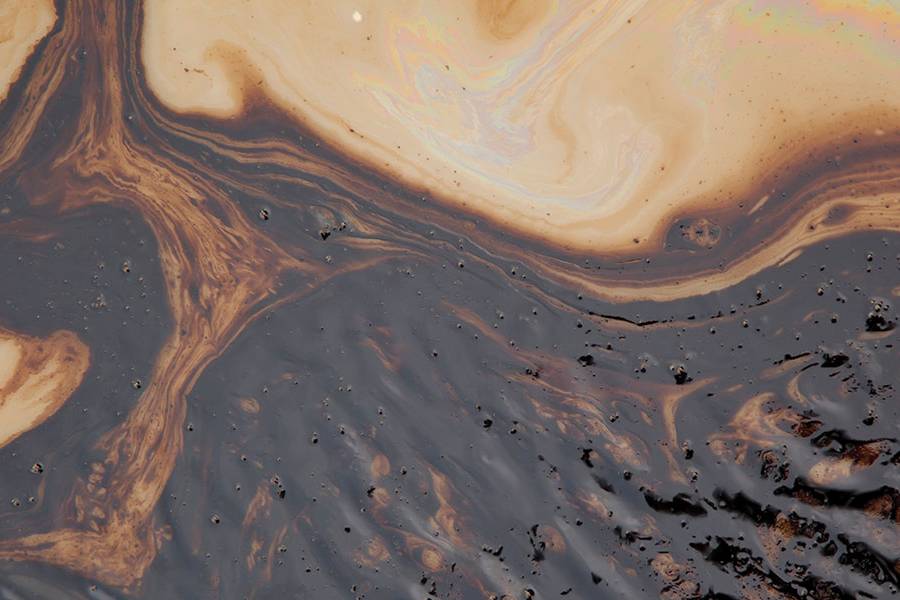 Using science to understand oil spills before the next marine disaster

The saying goes that oil and water don't mix. But when you are talking about crude oil and seawater, this adage doesn't necessarily, well, hold water. The truth is a tad more complicated. "What we call crude oil refers to a mixture of many materials, some of which are soluble in the water," says mechanical engineering Professor Joseph Katz, who has been studying marine oil spills for well over a decade. "And when there is a spill, some of the oil dissolves, some of the oil evaporates, and the rest mixes with seawater as droplets and forms a slick."

Katz runs the Laboratory for Experimental Fluid Dynamics in the basement of Latrobe Hall, which is home to an impressive collection of saltwater-filled glass tanks. It's not fish he looks at here but rather simulated oil spills, each one subjected to a unique combination of chemicals, waves, and currents and then recorded with high-speed cameras and other instruments. His largest tank is 20 feet long, and the lab has access to a tank three times as large at an offsite location. There is also a veritable wine cellar of crude oil: a capacious cabinet filled with containers of North American oil samples—sourced from Alaska to Canada to the Gulf of Mexico—used to test how different crudes behave.

"We look at plumes, waves, and jets—various forms of oil and water interaction," says Katz, who uses fluorescent dye to highlight the oil's movement in water. "We have some beautiful pictures of how a plume of oil deforms and is transported." But what's beautiful in the safety of a lab is an ugly, dangerous mess in the wild—which is how this work came about. The lab is partially funded by a foundation set up by petro-giant BP as part of its $500 million commitment to support independent research into oil spill mitigation after the company's Deepwater Horizon oil rig exploded in 2010, spilling millions of barrels of crude into the Gulf of Mexico. Oil spewed for 87 days, causing more than $17 billion in damages to natural resources—wildlife, beaches, fisheries, and marshes.

The tools for remediating oil spills and keeping them from fouling shorelines and marshes remain limited. You can physically remove the oil from the water—corral it with floating booms and skim it from the surface—but it's easier said than done. "Only a very small fraction of oil can actually be skimmed," Katz says, mainly because slicks spread so thin and wide. Slicks of a certain thickness and concentration can be set on fire, though this trades water pollution for air pollution. And then there are dispersants, chemical agents containing both solvents and surfactants that break up oil into ever smaller droplets to disperse a slick. "The idea is to reduce the concentration of oil so it gets transported by ocean turbulence and disperses as fast as possible," Katz says. When Deepwater Horizon was actively gushing a plume of oil from the seabed, the decision was made to inject dispersants directly into it using remotely operated submersibles. This had never been done before and the outcome was uncertain, but the situation was desperate. In hindsight, Katz feels this was a beneficial move as it reduced the size of the slick and prevented more oil from reaching the shore. Much of his research concerns uncovering the science behind the interplay of oil, water, and these dispersing agents.

"We have since generated an enormous amount of knowledge about the behavior of oil and how it interacts with dispersants. We have better predictive tools for how the oil will break and be transported."
Joseph Katz
Professor of mechanical engineering

"We have since generated an enormous amount of knowledge about the behavior of oil and how it interacts with dispersants," Katz says. "We have better predictive tools for how the oil will break and be transported." One finding in the ongoing research, which has already spawned a slew of articles in science and engineering journals, was the degree to which dispersant-treated oil can aerosolize and become airborne in waves, necessitating that workers cleaning up spills wear protective breathing gear. Sometimes the research tips into pure science. Katz has studied the curious ballet between oil and water after dispersants reduce oil droplets to just a single micron across, and has also made peculiar oil and water emulsions that are thick and viscous despite being nearly 90% water.

"We are scientists," Katz says of his lab's workforce. "We are not just in the business of solving problems. We just want to keep on discovering new things. In many aspects, the work is actually in the boundary between physics and chemistry, so I keep chemists around as friends." (Marine biologists are sometimes in his research mix as well; he just started a project with scientists at the National Oceanic and Atmospheric Administration and the National Aquarium to look at how dolphins may breathe in oil droplets during spills.)

But despite a decade's worth of breakthrough research, a couple of hard truths remain, Katz says. For one, a glass tank can never stand in for an ocean. Lab modeling can only go so far. "We don't know the overall global impact dispersants have on the rate of biodegradation of oil," he says. "The system is so complicated and we always look at a very small fraction of it."

And then there's a final unwavering fact: "There is no such thing as a good solution for an oil spill," Katz says. "No matter how you look at them."