Remembering a friend and diplomat 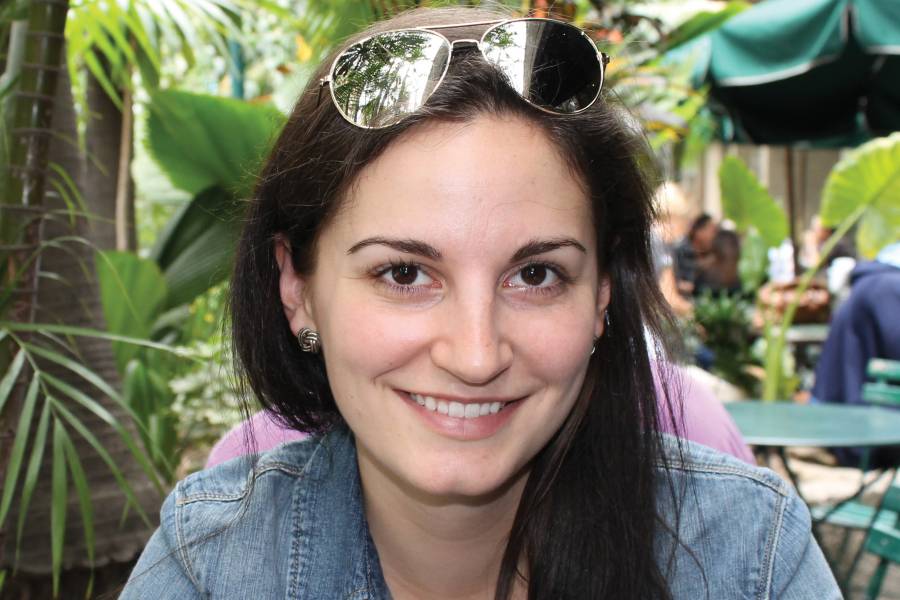 Image caption: Anne Smedinghoff wanted to make a difference: “I don’t think Anne would have been happy doing anything that wasn’t challenging,” says her friend Sarah Curry.

When Anne Smedinghoff, A&S '09, announced she was joining the U.S. State Department as a Foreign Service officer right after graduation, her friends weren't the least bit surprised. An international studies major and co-chair of the annual student-run Foreign Affairs Symposium while at Johns Hopkins, Smedinghoff had a love of adventure and was passionate about trying to make the world a better place. Nor were her friends shocked when Smedinghoff volunteered for a post in Afghanistan after completing her first assignment in Venezuela, even though there was concern that she was headed to yet another dangerous location. Sarah Curry, A&S '09, her Hopkins roommate, would ask her: "Anne, don't you want to go to Paris or Rome?" To which Anne replied, "No, I'd be so bored."

"That was a very Anne response," Curry says. "She wanted to go places where she could make the most difference."

Smedinghoff was one of five Americans killed in April 2013 in southern Afghanistan when a convoy they were traveling in was struck by a suicide bomber. She was 25. As a press officer for the U.S. Embassy in Kabul, she was on her way to help journalists cover a mission to deliver math and science books to a local boys' school when the attack occurred. She had only three months left before she was scheduled to come home. Profoundly saddened by Smedinghoff's death, Curry and a group from the Class of2009 immediately began talking about how they could best remember her and quickly launched efforts to endow a scholarship at Johns Hopkins in her name. Elisabeth Meinert DelGrosso, A&S '09, says the move seemed appropriate since Smedinghoff had been a scholarship recipient herself; she was a winner of the prestigious Hodson Trust Scholarship, a four-year, merit-based award given to incoming students who demonstrate academic excellence.

"Early on there were conversations around how to do something in her honor that really pays it forward," says DelGrosso, who met Smedinghoff as a freshman and became her close friend and roommate throughout their time at Johns Hopkins. "Because that's what Anne was all about."

Over the next several years DelGrosso, Curry, and others held fundraising drives during the university's annual alumni weekends, as well as special events such as a four-city joint happy hour in September 2018 that coincided with what would have been Smedinghoff's 31st birthday. Donations from family, friends, colleagues, and Hopkins alumni poured in, and organizers hoped they would collect enough to meet their $100,000 goal by the time the Class of 2009 celebrated its 10th reunion. DelGrosso recalls being on a train headed to Baltimore for the reunion when she got a text that a last-minute anonymous donor had put them over the endowment threshold. She was thrilled to help announce the news that weekend, which was met with cheers from their classmates. "Anne made everyone around her better," DelGrosso says. "Even people who didn't know her said how moved they were by her story. I think that really shows that she touched a lot of people in, sadly, what was such a short life."

A rising star in the U.S. Foreign Service who grew up outside Chicago, Smedinghoff served as the control officer—a high honor, especially for a young Foreign Service officer—for Secretary of State John Kerry when he visited Kabul less than a month before she was killed. Kerry described her as a "selfless, idealistic woman" who was "everything that was right about our country." Indeed, at the time of her death, Smedinghoff was preparing to go to Egypt to learn Arabic for an upcoming assignment in Algeria.

The Anne Smedinghoff Memorial Scholarship is a need-based award granted to an undergraduate who wishes to pursue international development or the Foreign Service. Krieger School senior Alice Hubbard says she's humbled to be the inaugural recipient. An international studies major, Hubbard, who is pursuing a five-year BA/MA dual degree through the School of Advanced International Studies, was aware of Smedinghoff's inspiring life and career prior to receiving the scholarship since she had joined the Foreign Affairs Symposium as a freshman; the symposium gives an award every year to an individual who embodies Smedinghoff's values. "Learning about her and her legacy has definitely made me see the importance of the work of diplomats around the world," Hubbard says, "and it's made me consider that future for myself more deeply."

Anne's family members say they are deeply touched by the outpouring of support from her friends and classmates. "Seeing so many come together to create this scholarship and keep it going is a vivid reminder that Anne made a difference in her life and in the lives of others, those she knew at Hopkins and those who will come to know her through this scholarship," say her parents, Tom and Mary Beth Smedinghoff. "This collective effort is an investment in the extraordinary power of individuals to change the world—one scholarship recipient after another. In this way, at a place she loved, Anne will forever be woven into the lives of others."