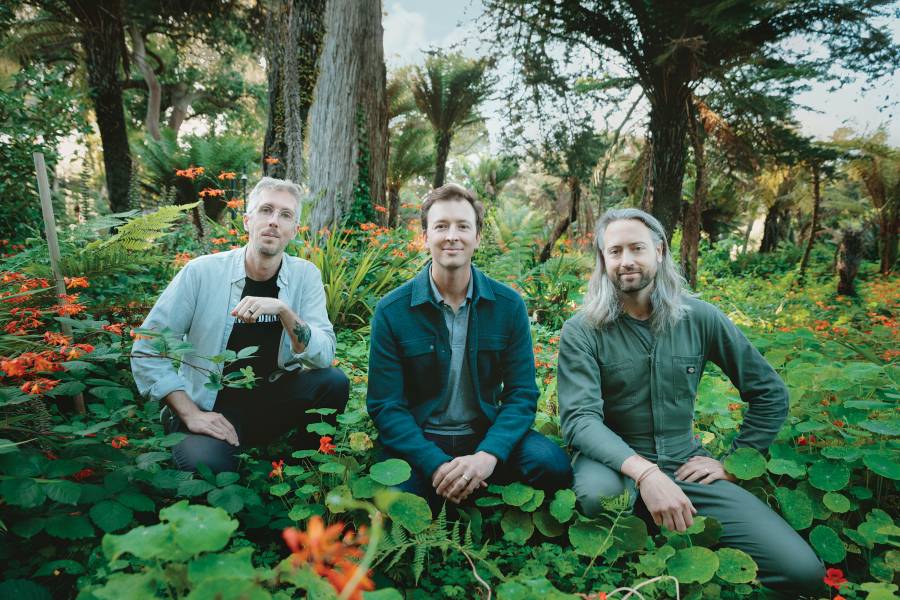 For David Marvin, A&S '05, the jump into entrepreneurship was both obvious and challenging. The climate change ecologist knew his academic findings about the effects of climate change on tropical forests could make a big impact on wildfire preparedness and planning, and he wanted to make that data accessible beyond the lab. So when Marvin launched Salo Sciences in 2016, he had one goal in mind: Give people in all sectors, and in the general public, access to clear and accurate data about climate change.

Along with a small team—including fellow Hopkins alum Kyle Gertridge, A&S '10, Marvin's former roommate and a lawyer who is now Salo Sciences' head of business development and partnerships—Marvin planned to start mapping wildfire risk in California. Eventually, he'd begin to collect data in other Western states, then in the rest of the United States, and then all over the world.

What sparked your interest in using data to promote conservation and ecological change?

DM: In 2015, I was working in an academic lab at Stanford University doing cutting-edge research, mapping tropical forests using remote sensing, satellites, and drones. The project had so much potential to make a big impact, but it bothered me that the data wasn't accessible for conservation organizations or companies. I thought: There has to be a better way. Labs are meant to create and vet technologies, but this data needed to get to a wider audience if we wanted to make a real difference.

When you launched Salo Sciences, what was your grand vision?

DM: My co-founder, Christopher Anderson, and I spent two years building this company on our own time, while working other jobs and finishing our degrees. We decided to launch in 2018, right after the governor of California organized a conference on climate change. He encouraged states to commit to begin making changes to meet climate change goals, and we wanted to bring technology that could be used to help with this mission. The idea was to map and monitor ecosystems all over the world, to help identify places in need of conservation.

Both of you left your former jobs at established businesses and organizations to work on this project. What was that switch to entrepreneurship like?

DM: I had always wanted to start something of my own, so the decision to leave academia was easy. Having gone through a PhD program, I already had the work ethic and the expectation of a long, grueling process instilled in me. But the process of starting a company was a steep learning curve. Out here, it's not just grants, research, and publishing. There's also so much financial and administrative work.

KG: There are easy connections to make between the skill set of a legal professional and an entrepreneur, like problem-solving and having conversations about difficult things such as risk and payment terms. And I'd worked with early-stage startups for most of challenges they face. But there's a big difference for me: In law, there's an obvious throughline of what to do, but in entrepreneurship, the work is open-ended. You have to use your own judgment about what to do next, or if you want to do anything at all!

What are you excited to be working on right now?

DM: The California Forest Observatory is our biggest project to date. We created a system that extracts high resolution information on all the landscapes in California at the tree canopy level, including the height of the trees, the percentage of coverage of vegetation, and how much ladder fuel exists—in other words, we look at vegetation that could lead to destructive canopy fires. Basically, we're using this data to map wildfire risk across California. At the moment, operational fire managers rely on an out-of-date government-based system to map wildfires—they're stuck with it! And we felt like we could do better. Anyone using this data should be able to get a better handle on risk for fires, and we release the data once each year.

KG: This will be used for fire modeling in future years to show which areas are more likely to burn and how destructive the fires could be. The plan is to expand data coverage outside of California to Washington, and eventually all of the lower 48. Just having this data will be a major leap forward in terms of understanding risk. Without it, fire mitigation initiatives that have huge budgets behind them are essentially shooting blind.

The reality is that most new ventures and startups fail. Why is yours succeeding?

DM: Two reasons: One, we really deeply believe in our bones that there's a need for the technology we're building. We know this is a key solution for our climate, and we desperately want to get it out there. And two, we believe in the need for scientists to focus on today's most pressing problems—which to us means climate change. Salo Sciences is not about a short-term product; we don't just want to build something and sell it. We want to build a lifelong organization.