In search of identity

Poet Natasha Sajé, A&S '80 (MA), was born in Munich and grew up in the New York City metropolitan area, but that doesn't say much about who she is today. Her mother came from the area between contemporary Poland and the Czech Republic called Silesia, which many people fled following the 1939 Nazi invasion of Poland. Her father was an officer in the army of the Kingdom of Yugoslavia, a state that ceased to exist after 1941. In 1957, when Sajé was 2, her family emigrated to NYC, where she learned English from children's television shows. College took her to Virginia; waitressing and secretarial work paid the bills during two gap years in Europe in the late 1970s. And over the next 40 years, Sajé went to graduate school; met, married, and lost her husband, Tyrone Robertson, a Black chef from Jamaica, to lymphoma; and moved to Salt Lake City, where she currently lives with her wife and teaches at Westminster College. 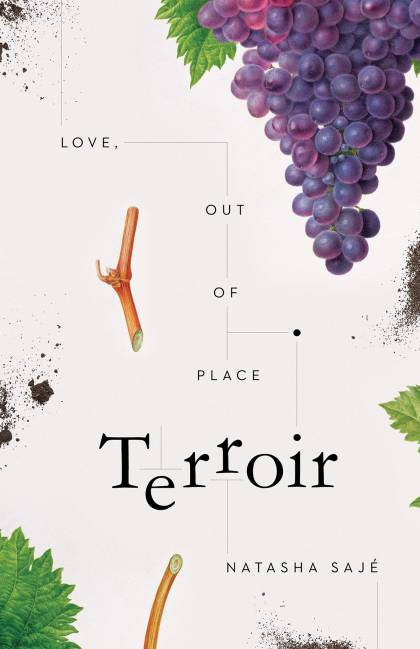 Sajé's fascinatingly adventurous memoir Terroir is an experiment to discuss her identity in the same way the French talk about the whole environment—climate, soil, topography—that produces wine. It began as a memoir with recipes, but during the writing process Sajé "realized I wasn't a writer who could combine racism with rice pilaf." She opted for a more discursive and rewarding path through her life, contextualizing her memories inside larger events and ideas. She immediately follows writing about first meeting her husband with potent memories of racial slurs uttered by her father, and then proceeds to talk about her relationship with Robertson and his restaurant in 1980s-era Washington, D.C., in a way that knits together her observations about race, class, gentrification, and AIDS.

Throughout, Sajé weaves in quotes or ideas culled from other writers and thinkers—Audre Lorde, Henry James, Canadian linguist Charlene Elliott, Zadie Smith, and more—that provide context or comment to her storytelling. It's an attempt to show how the language we use to describe identity rarely tells the whole story. The result is a quietly profound book that understands "American" to be an assemblage identity formed by a constantly evolving range of places, people, and cultures.