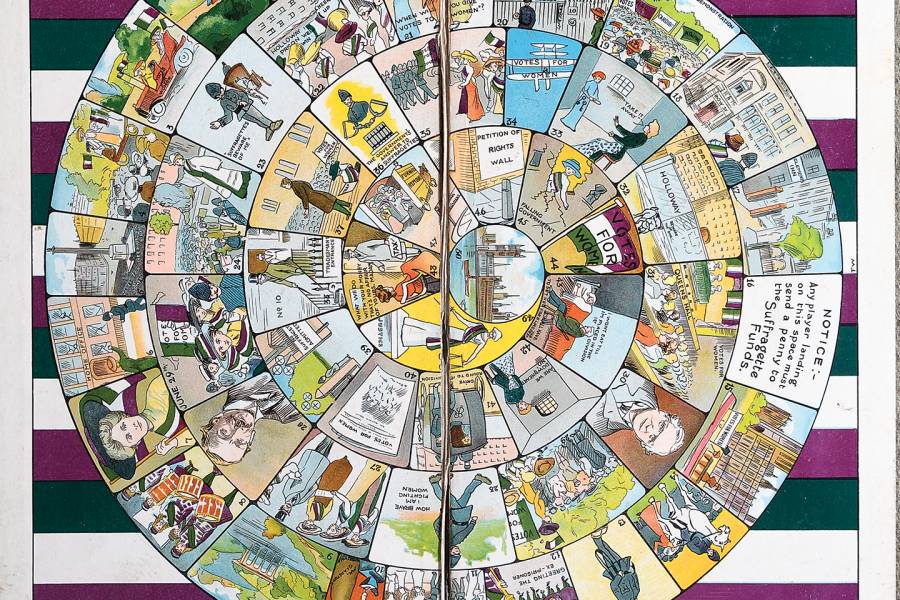 In 1903, English activist Emmeline Pankhurst formed the Women's Social and Political Union to advocate for women's suffrage, and raise hell. The militant group demonstrated at Parliament, went on hunger strikes when arrested, and got in fights with police. To help raise money for the cause, in 1909 the WSPU created and sold this Pank-A-Squith board game, for which board pieces move around championing women's suffrage and avoiding the bobbies. (The game's name is a portmanteau of Pankhurst and H.H. Asquith, the U.K. prime minister from 1908 to 1916 and the suffragettes' main foe.) This copy of the game comes from the Johns Hopkins Sheridan Libraries' Special Collections, and it was used in early March's Vintage Game Night at the library, part of the university's yearlong Women's Suffrage Centennial Commemoration. 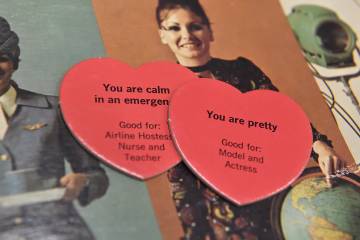