What recent accomplishment are you most proud of?

We asked readers about the things they've done that have made them proud. Here's what they had to say. 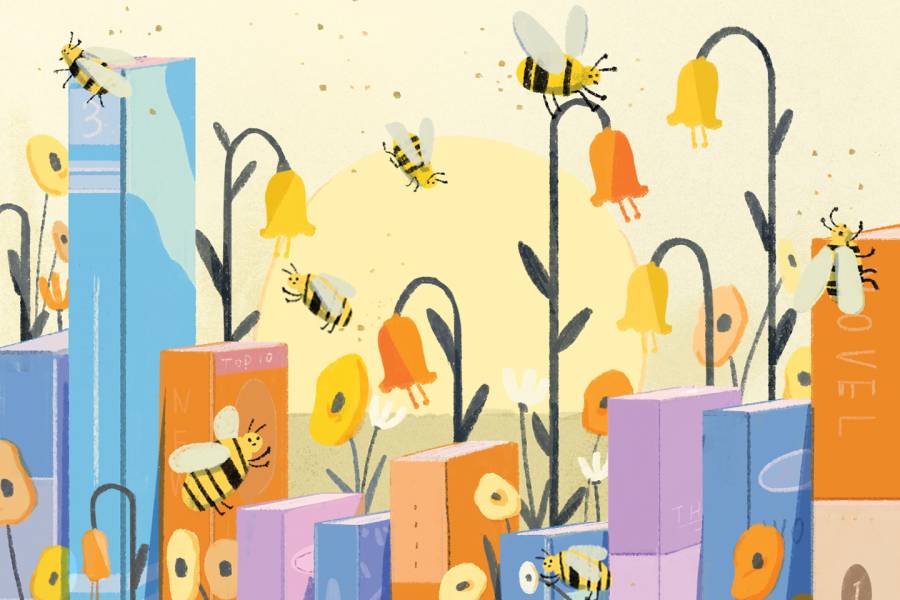 Image caption: I installed beehives at my local library and have been able to educate my entire community about the importance of bees. —Erica Shelley, A&S ’94

In advance of my retirement from Shell Oil, I got my Coast Guard captain's license (50 ton Master), so I can enjoy my time driving dinner cruises, water taxis, and the occasional private yacht. —Evan Bauman, Engr '82

I raised $344,000 in zero-equity grants and prizes in a year and a half to support the development of our solar-powered health wearable for beef cattle—it's like a Fitbit for cows. Ranchers can check their phones to make sure their cows are happy, healthy, and where they should be. —Maeve Garigan, Engr '01, SAIS '08 (MA)

I determined the smallest possible size for a star and discovered an example, called 2MASS 0523-1403, in the constellation Lepus. It is the same size as Saturn but much more massive. —Serge Dieterich, A&S '03

An amateur history buff, I am most proud of articles I recently published in popular history magazines and anthologies. When I retired several years ago as vice president of an international public policy research and consulting company, I began delving into, and writing about, episodes of our nation's past that long intrigued me—singular, little-known moments of historical import. I've now published half a dozen articles on topics such as the public relations battle after the 1775 Battles of Lexington and Concord and the recent rediscovery of the long-lost Civil War sword wielded by the commander of the all-black Massachusetts 54th infantry regiment in the assault on Fort Wagner, South Carolina. —Larry C. Kerpelman, A&S, '58

I received my Advanced and Executive Leadership Certification through the National Society of Leadership and Success. This accomplishment allows me to further utilize and improve my leadership skills in my work setting and local community. —Geraldine Chi, Bus '18 (MBA)

I was named a top young professional in my hometown. As a glaucoma and cornea specialist, I volunteer much of my time to provide free screenings in my community and help obtain free or low-cost medications for my patients. —Kathleen Krepley, A&S '06, SPH '11 (MHS)

I'm launching a new television network as a part of ABC News in New York. Localish, originally a digital-first media brand, will be transitioning to a full 24-hour television network in mid-February. Localish aims to highlight the good news and good people that are making a difference in communities across the country and around the world. As producer and production coordinator, I consider it an honor to make sure diverse voices are being heard in our increasingly divided world. —Rachel Jandak, A&S '17

What song holds a special meaning for you, and why? Send responses to jdb@jhu.edu with "Icebreaker" in the subject line. If we print your response, we'll send you a JHU pocket notebook.