Johns Hopkins University has a new resource for students seeking professional guidance: Hopkins Connect, an office launched in fall 2019 to facilitate mentoring between the next generation of Blue Jays and Hopkins alumni and affiliates. 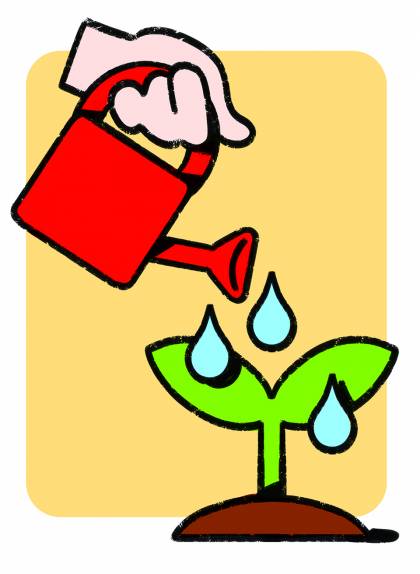 Farouk Dey, vice provost for integrative learning and life design, and Susan deMuth, assistant vice president for alumni relations, are on a mission to foster connections in a consistent way across schools and programs. Building these bridges, they say, is essential to ensure that all students and alumni have the same opportunity to pursue their life's purpose regardless of their background, field of study, or social capital.

A Gallup poll of Hopkins alumni, designed under deMuth's direction and conducted in January and February 2019, provided data too strong to ignore: 62% of respondents expressed a desire to volunteer via mentoring, job shadowing, internships, and help with résumés. The goal now, deMuth says, is to achieve saturation such that "in four or five years, after someone says they go to JHU, the next question is, Who is your mentor?"

To that end, an online platform called PeopleGrove will be available to all students this spring after beta testing is complete, says Casey Miller, Hopkins Connect's inaugural director. Each school will be able to determine its own parameters for mentoring relationships—say, facilitating connections between alumni and students by major or during Intersession—with Miller as a resource. PeopleGrove will also enable connections across schools for "flash mentoring," or briefer information exchanges and partnering. (PeopleGrove won't replace the popular GoHopOnline alumni directory.)

William Kirst, A&S '00, who participated in the beta launch of PeopleGrove, sees tremendous potential for tapping into the power of shared identity. Kirst established the Seattle chapter of the Veterans Network and has advised other nascent affinity groups, but he says founding JHU Pride, an LGBTQ alumni network, was a watershed moment in his engagement as a Hopkins alum. As he reached out to alumni, he heard from people who had not been back to campus for 50 years; one told him, "Until I got your letter, I'd never seen JHU and LGBTQ together."

"Every time I talk to Farouk, I want to change careers entirely," Kirst says. "He makes you think about not only what is my passion but what is my purpose. If I want to make a life change, I'd love to be able to tap the Hopkins network to do that because I know it's a powerful network." Alumni interested in signing up or learning more should email peoplegrove@jhu.edu.