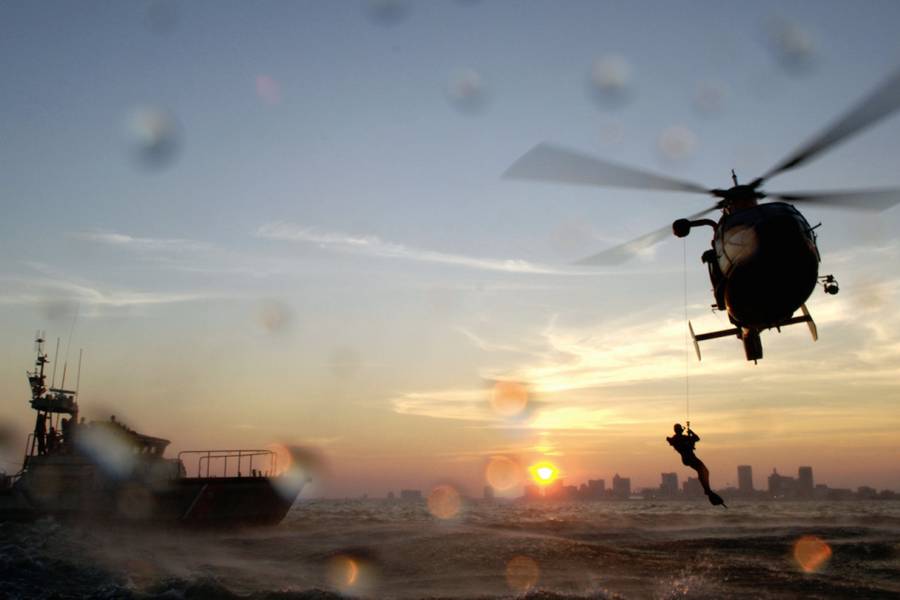 For Dennis Clements, sailing nearly 300 miles off the coast of North Carolina in January 2010, the situation was dire. Stormy weather had pummeled and ultimately capsized his 34-foot sailboat, plunging him into frigid Atlantic waters. Though the native Missourian was certain death was near, in reality, help was already on the way. As soon as the boat started taking on water, an emergency locator beacon aboard the vessel had activated, pinging out a distress call to NOAA weather satellites, which relayed the message to ground stations. The stations then alerted a search-and-rescue mission control center in Maryland, whose staff alerted the Coast Guard. Ultimately, the alert reached the Navy's USS Dwight D. Eisenhower, the only vessel within a hundred miles of Clements. Minutes later, a helicopter crew pulled the sailor from the ocean, saving his life.

This dramatic rescue came about because of an international network of satellites and facilities that delivers distress alert and location data in over 200 countries. The SARSAT—short for Search and Rescue Satellite-Aided Tracking—tech has assisted with around 50,000 rescues worldwide and more than 9,000 in the United States alone since its inception in 1982. The system picks up emergency signals from beacons purchased for ships and planes, as well as from backpack-stowable devices for hikers.

But as efficiently as this beacon system has worked, operators hope to make its response times even faster—a critical goal when every minute counts for people in acute distress. A new antenna being developed by the Johns Hopkins Applied Physics Laboratory could help in that effort, while also costing less to maintain compared to existing equipment, says Matt Gordon, the project program manager in the Air and Missile Defense Sector Advanced Concepts and Warfighter Engagement Program Area at APL.

APL is collaborating with the NASA Goddard Space Flight Center in Maryland, which currently hosts a conventional SARSAT ground station setup involving six reflector antennas, each one shaped like a dish or dome, placed on a building's rooftop. Each antenna can track just a single satellite at a time with a radio wave beam. In order to stay in constant communication with the satellite, the antenna must mechanically pivot to target the spacecraft as it crosses the sky. Those moving parts require periodic maintenance, adding to operational costs, and also threatening the system's reliability because of potential breakdowns. Another drawback is the antennas' large size, requiring them to be spaced several meters apart so they don't block each other's signals. 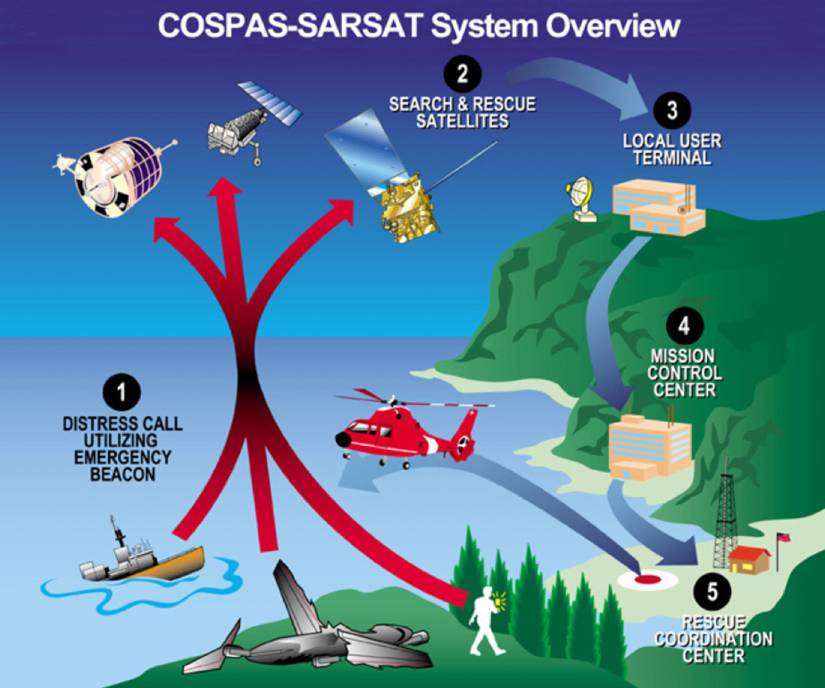 Instead of reflectors, the new antenna from APL is a phased array system, meaning it generates radio wave beams that can be pointed in chosen directions without having to physically move any hardware. The APL antenna aims to create at least eight beams, doing the work of more than six reflector antennas but in a single apparatus that only takes up 9 square feet, versus a whole rooftop or a field that—in most cases—would have to be leased from a property owner. Shapewise, the new antenna has four legs and is flat. "It's like a really large coffee table," Gordon says.

The phased-array approach should improve response times because tracking more satellites translates to greater area coverage of land and sea where beacons can be located. More coverage increases the odds that an activated beacon's signal is detected promptly. Location accuracy should improve, too, because reports of a beacon's signal coming in from multiple satellites can better triangulate its origin point. Continuing development and then testing of the phased-array system will quantify just how much better it can be, Gordon says. Additional gains should be realized through the use of modern digital circuits, which offer greater precision and faster processing at less cost than the conventional, analog-based circuitry found in legacy antenna systems.

Designers expect the phased-array antenna to cost from 60% to even 75% less to maintain than current antennas.

The plan now is to construct a full prototype of the antenna and install it at Goddard to conduct further research and development, likely starting next summer or fall. Should everything check out, Gordon says, the new antenna could be deployed to ground station sites around the world, upgrading the existing infrastructure and giving search-and-rescue operations a boost.