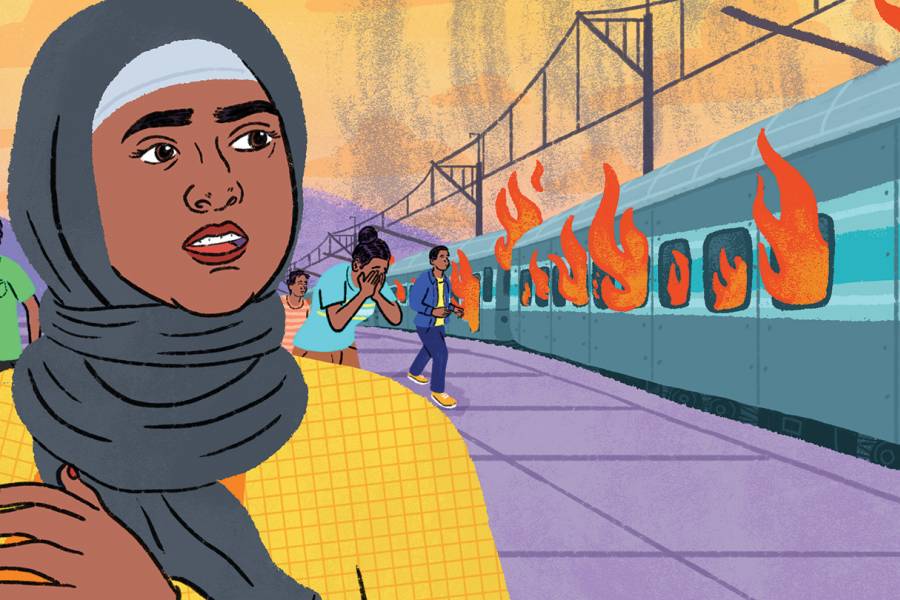 Megha Majumdar learned about social stratification while riding the bus to school in Kolkata, India. "You gain class awareness very early," Majumdar says from New York City, where she now lives and works as an editor at the Catapult literary magazine and publishing imprint. "I certainly did. I would go to school and from the bus you look out of the window and see kids who are washing dishes by the roadside. There's clearly kids who work at little roadside restaurants. Or you go to the tailor's shop to get your school uniform made and there are apprentices who look like they're not much older than you. Very early, you see that not everybody is going to school in the way that you are. That consciousness seeps in to you very early." 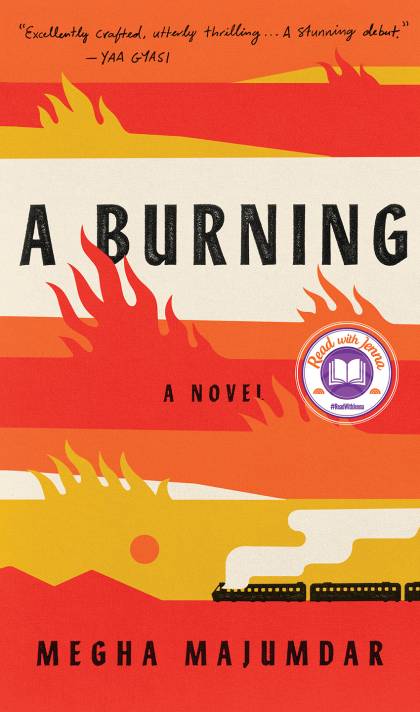 Majumdar, A&S '15 (MA), invests A Burning (Knopf), her recently released debut novel, with this topographical understanding of her characters' social realities, giving the book its frequently devastating power. It follows Jivan, a young Muslim woman who works at a retail chain clothing store and lives in a Kolkata slum with her mother and father. She witnesses the aftermath of a passenger train firebombing at her local station, which kills more than a hundred people, and shares a video of the fire to Facebook, commenting that police stood by and did nothing. When that post gets only two likes, she writes another: "If the police didn't help ordinary people like you and me, if the police watched them die, doesn't that mean that the government is also a terrorist?" She's soon arrested and charged with being involved with the firebombers.

A Burning follows Jivan's incarceration, where she's visited by a journalist who hears her life story, and two other characters with tangential ties to her. Schoolteacher PT Sir had Jivan in one of his physical education classes, and after the attack he begins to get involved with a right-wing political party. Prior to arrest, Jivan taught English to Lovely, a hijra—a very low Indian caste for transgender or intersex people— who dreams of becoming an actress. Both have some modest ability to shape Jivan's fate.

While Jivan and Lovely tell their stories in distinctive first-person narrations, Majumdar renders PT Sir in a taut omniscience. The provocative page-turner reads like a contemporary movie thriller, where the falsely accused believes the truth can prevent a miscarriage of justice. In its final chapters, Majumdar unflinchingly ventures into more realistically disquieting territory, a reminder that the lives of people on society's margins like Jivan, PT Sir, and Lovely don't conform to what we see in movies. 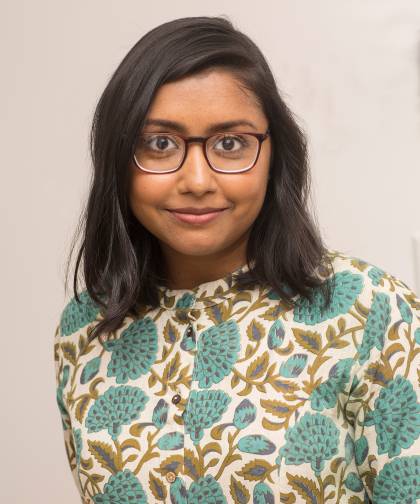 A Burning grew out of Majumdar's following the rise of Hindu nationalism's extremist thoughts and intolerance toward Muslims in India. "I wanted to look at how people survive this turn," she says. "I wanted to see how people move forward and hold on to big ambitions and hold on to their spirits and dreams while facing the might of this oppressive and discriminatory state."

Majumdar came to the U.S. in 2006 to study anthropology at Harvard University before completing her graduate work at Hopkins. "Anthro­pology is so good at the act of deep, engaged listening, which is so valuable for a fiction writer," she says. "I certainly feel that studying anthro­pology helped me become attentive to the ways in which one person—or, in fiction, one character—can hold contradictory views and act in contradictory ways. They might be generous in one moment and selfish in another moment. They might choose to do the morally right thing in one moment and make a questionable choice on a different day."

Majumdar writes her characters with such individualized complexities. She describes Jivan as a young woman who wants to rise to the middle class and keep her job at the mall. "I wanted to see how somebody who works really hard and earnestly can still be thwarted by the systems that they live within," Majumdar says. "With Lovely, I wanted to trace this bold, defining arc for somebody who, from the very margins of society, holds on to this wild dream of becoming a movie star. I wanted to trace that path of joyous resistance."

A portrait of India on fire

PT Sir, the novel's ostensible villain, is the less immediately engaging character and yet the more impressive creation. He's a middle-aged man who doesn't entirely understand the younger generations and romantically longs for the India he imagines from his youth. He gets swept up in the nationalist party's rhetoric as it appeals to his nostalgia, never once thinking he might be used as a pawn. With PT Sir, Majumdar says she "wanted to explore what a person who gets a little power in this society will surrender and hold on to when faced with tough, moral choices about whether to help himself and his family or whether to do what he knows is the right thing."

American reviewers see parallels to our own country's recent rightward turn in the novel, and A Burning has enjoyed rave reviews in The New York Times, The New Yorker, and Vogue, even spending a few weeks on the Times bestseller list. It's a profoundly human novel whose success has been a tad disorienting for Majumdar during this time of political upheaval and pandemic isolation. "It's been really surreal, and I think it's the kind of thing that, honestly, I will be absorbing slowly over the coming months," she says. "I've been really grateful for the level of attention, but I will also confess that I stopped reading coverage a few weeks ago just because it was getting a little overwhelming reading so many pieces about the book that were really not for me; they were for readers. I'm saving them to read at a time when things are a little calmer."