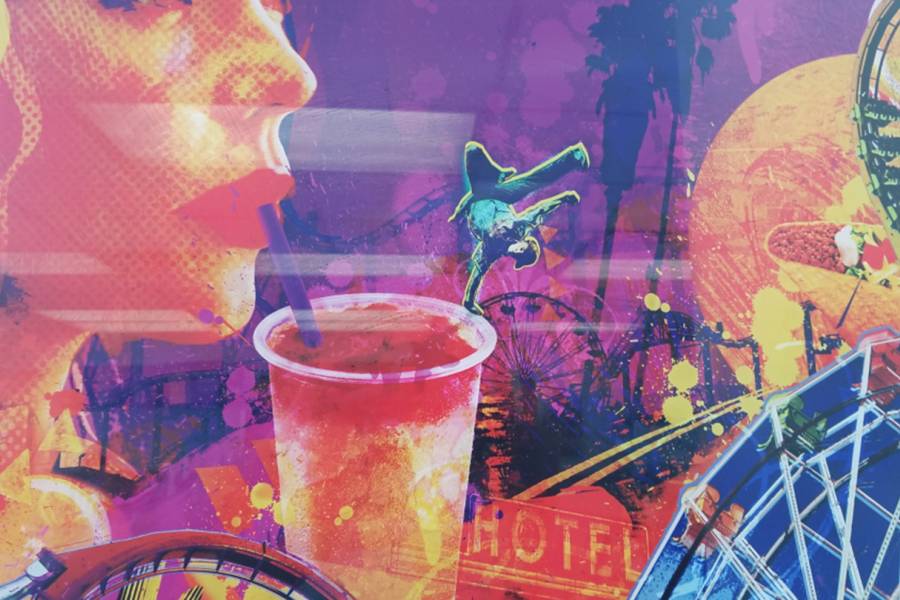 Publisher M.M. Carrigan has one simple goal: turn the Taco Bell Quarterly into the greatest literary magazine of all time.  Much like a Doritos Cheesy Gordita Crunch, the Quarterly is exactly what it says on the wrapper. The journal, which first Baja Blasted onto the internet in August 2019, is a space for writers and artists to publish fiction, poetry, essays, and historical works about the country's most popular Mexican-inspired fast food chain. 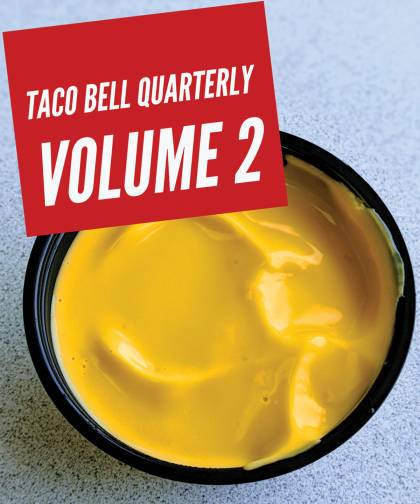 Carrigan, A&S '10 (MA), editor Grande Supreme of the journal, says the Quarterly first originated as a jab at the pretentiousness of other literary magazines but quickly grew into a celebration in its own right, reveling in the joy of treating low culture with the care and attention often afforded only to high art.

The idea was first put out into the world via Twitter. "I want to make a magazine of literary Taco Bell writing," Carrigan tweeted back in May 2019. "No hipster crap. I want sincerity and love. If I failed and no one cares, I get only three terrible submissions, and no one reads it, it would still be kind of awesome to say I failed at making a literary Taco Bell magazine." Within three hours of that missive, Carrigan had whipped up a website and began collecting submissions. The pieces started flowing in that night, with titles like "Missing the Magic of 3 a.m.," "Sappho at the Drive-Through," and "Caliente Craving." Two months later, the Quarterly had dozens of submissions for what would become its first volume.

Carrigan cites David Foster Wallace's essay on the New Sincerity as a major influence on the journal. The thrust of the idea is that the next generation of literary rebels would exist beyond irony and would write with reverence and confrontational sincerity. For Carrigan, who grew up in the '90s, where grunge and mainstream pop culture taught that to be cool was to be dispassionate, an embrace of sincere love, even of Taco Bell, is as powerful as a packet of fire sauce.

"Millennials are now the caretaker generation. We have parents that are aging. ... A lot of us have kids, and there's not anyone taking care of us," Carrigan says. "So we don't have the privilege to look at things ironically. We're looking at everything sincerely and heartbrokenly because we're past our childhood and past our teenage years where we feel invincible, and now the world is scary."

"We don't have the privilege to look at things ironically. We're looking at everything sincerely and heartbrokenly because we're past our childhood and past our teenage years where we feel invincible, and now the world is scary."
M.M. Carrigan
Publisher of Taco Bell Quarterly

For writers in the journal, Taco Bell is a representation of a nostalgic past, a marker of a particular time in their lives. For Carrigan, the restaurant holds additional meaning.

"The very last place that I had lunch with my mother before she passed was in Taco Bell," Carrigan says. "It became a strange experience to have a fast food restaurant enveloped in your own grief. But we're all so interconnected with these things. When I think of Taco Bell, I think of the place we would go when my mom didn't feel like cooking, and it feels like a celebration."

On one page of Taco Bell Quarterly, you'll find a fiction piece inspired by Kafka; on another, poetry about the Mexican-American experience; and between them, a deep dive into the history of Taco Bell's ill-fated foray into making hamburgers, the Bell Beefer. Despite the tonal diversity, an undercurrent of nostalgia and love and loss runs throughout.

"When you lose a Bell Beefer, you've lost a part of yourself that now only exists in memory," Carrigan says. "If you could order that Bell Beefer on the menu, the part of you that was young is still there. But now that the Bell Beefer is gone, that part of you is gone as well."

After the second issue went live, press coverage for the Quarterly exploded, drawing interest from the likes of Food & Wine magazine, the New York Post, Salon, and Vox. While writers initially worried the coverage might bring the unwanted attention of Taco Bell's lawyers, Carrigan says, interactions with corporate Bell have been positive, and the Quarterly has been added as one of only 61 follows for the official Taco Bell Twitter account.

Issue three of the journal is scheduled to be released digitally in September, featuring the largest pool of writers yet. But Carrigan wants to Live even Más, hoping the Quarterly's newfound attention will encourage the chain to launch the Taco Bell Endowment Fund for Literature, a nonprofit that pays writers to support their scholarship.

Until then, the contributors will have to settle for the current method of payment: a free taco conned from the Taco Bell PR department.