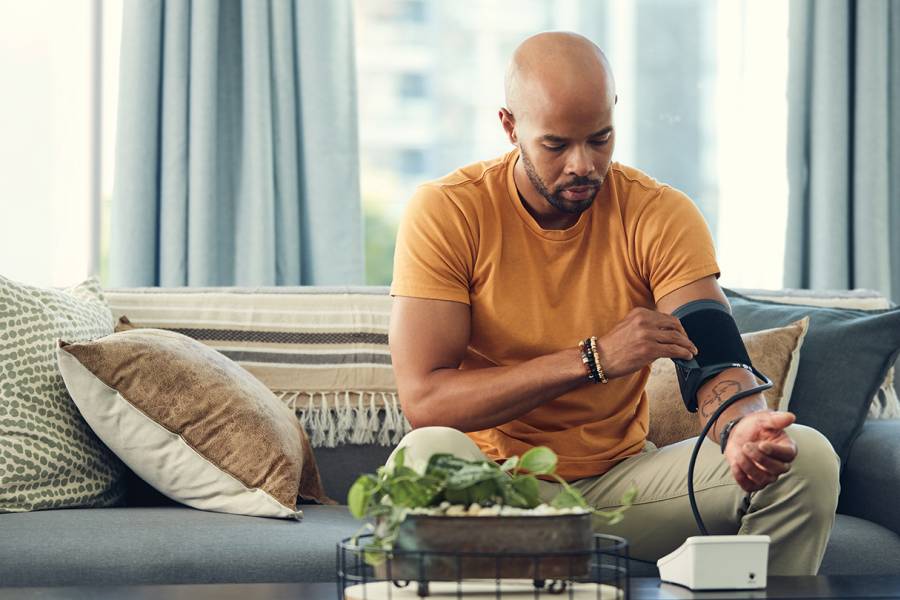 Roland Thorpe recalls a particularly affecting PowerPoint slide he used while teaching an undergraduate course on cultural factors in public health early in his tenure at Johns Hopkins. The slide broke down life expectancy rates by race and sex. Black men, such as himself, were at the bottom of the list, averaging 72 years to a white woman's 81.

"I was struck by the fact that ever since this data has been collected by the federal government, Black men have had the lowest life expectancy. The question that resonated immediately was: Why? That's the same question that resonates with me now," says Thorpe, principal investigator for what's set to be the largest and most comprehensive survey of the state of Black men's health.

"It helps us move away from just thinking about this group as a monolith and gives us a real understanding of its complexity, and how the diversity within the group is related to health and health care outcomes."
Darrell Gaskin
Director of the Johns Hopkins Center for Health Disparities Solutions

Of course, a number of population health studies have included Black men among their participants, or looked more narrowly at this demographic, says Thorpe, the deputy director of the Johns Hopkins Center for Health Disparities Solutions. Previous studies may have asked about, say, how often they go to church, or their likelihood to get an annual physical. But the Black Men's Health Project, a planned longitudinal survey launched in conjunction with Black male researchers at Tulane University and Michigan State, stands apart for the breadth and depth of its questions—probing deeper into topics such as religion and racism, medical history and masculinity—allowing researchers to fully consider the complexity of lived experiences among Black men. For example: What impact do microaggressions have on depressive symptoms among Black men?

Thorpe describes Black men as "hidden in plain sight," a population whose health is not well researched despite the fact that they face increased odds for heart disease, stroke, diabetes, AIDS, and other conditions—all while being significantly less likely to have health insurance than their white counterparts. Medical mistrust among this community is also common, he says, fueled by experiences with racism in the health care system and a painful history that includes the Tuskegee Experiment.

Darrell Gaskin, director of the Center for Health Disparities Solutions and co-investigator on the project, says part of what will make it significant is the socioeconomic diversity of its sample. The researchers have rolled out a social media campaign and contacted organizations such as Black fraternities and the NAACP to recruit men from various locations, ethnicities, income levels, ages, and sexual orientations. Even the photographs on the project's website were carefully selected to reflect the heterogeneity of participants.

"It's that kind of diversity that will really help us understand what the vulnerabilities are, as well as where the resiliencies are," Gaskin says. "And so it helps us move away from just thinking about this group as a monolith and gives us a real understanding of its complexity, and how the diversity within the group is related to health and health care outcomes.

By the end of the year, Thorpe and his colleagues want to recruit 5,000 participants for the project, which received $1.4 million over five years from the National Institute on Minority Health and Health Disparities. They aim to follow this group over the course of 20 years. And they plan to make the survey results available to researchers, policy advocates, and community stakeholders, who can parse the information in search of answers.

Along the way, the researchers also want to make participants feel part of the process, sharing infographics that summarize their findings and hosting Facebook Live town halls to discuss the ongoing work.

"That is the goal," Gaskin adds. "To build this cohort of 5,000 and then to follow them. To not be only an observational study in the sense that we just watch what's happening with these men over time, but also to think about the ways in which technology allows us to interact with study participants. We could envision introducing health education or health promotion interventions in the sample using a mobile app. It just gives us a platform on which to be really creative."