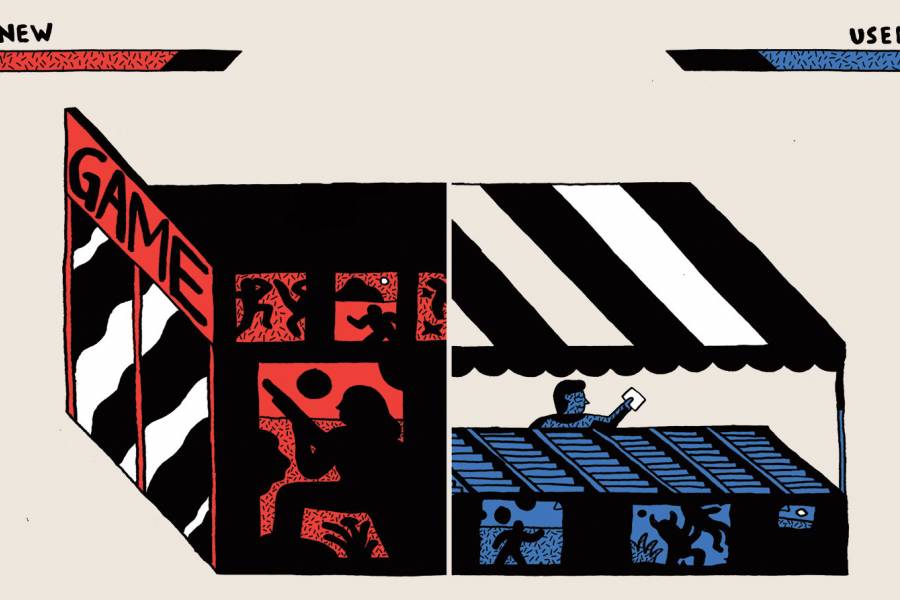 When used video games are the same as new, what should sellers do?

Consumers like shiny, new things. This hardly constitutes a news flash—I mean, have you ever heard anyone rhapsodize about that "used car smell"? While the idea of driving a blemish-free beauty straight off the showroom floor gets hearts fluttering, car dealers also happily sell pre-owned autos for buyers willing to accept some accumulated mileage and the odd ding or scratch in exchange for a lower sticker price.

Now, suppose there was a special subset of consumer goods that never wear out, degrade, or decrease in performance? Digital items, such as music, movies, and video games sold on discs, offer up a more complicated dichotomy between new and used sales. And it's one that Carey Business School marketing Professor Andrew Ching and research partner Masakazu Ishihara, an associate professor of marketing at New York University Stern School of Business, have been investigating for nearly a decade.

"People know the quality of a used car is not going to be as good as that of a brand new one," Ching says. "But for digital goods, like video games, you get a disc, and as long as you can play it, the digital content is the same." Concerned that used game sales would dramatically reduce their profits, game manufacturers have considered shutting down the used game market by introducing single-use activation codes. 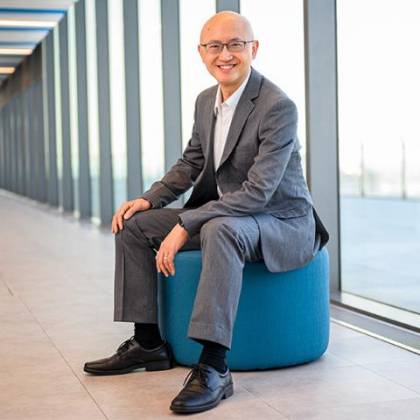 Are they right to fret about this low-cost market? Not necessarily, says Ching, who co-wrote an article in the May issue of Marketing Science that found that the used game market increases the possibility that someone will buy a new game. Ching and Ishihara analyzed weekly new and used game sales figures, including prices paid and inventory levels, for 20 video game titles sold in Japan between 2004 and 2008. When consumers buy a new game, they do so knowing that they can resell it in the used game market, Ching explains. "They might be thinking, Well, if I pay $70 for the new game, I can sell it three weeks later and get $45 back."

The major leg up that new game sellers have over the used game market is, well, newness itself. Dedicated gamers are eager to get their fingers on the latest offerings, especially from popular brands and franchises such as Grand Theft Auto, whose 2013 release GTA V is the most profitable entertainment product in history with more than $6 billion in sales. "The manufacturers build up expectations with a lot of campaigns right before the product is launched, which drives psychological desire to purchase the product early," Ching says.

There is initially no used game market for new titles, of course, yet the most enthusiastic buyers buy the game and start playing away. Eventually, some complete all the levels and finish the game. "Or, they just get bored with it," Ching says. "We refer to this as satiation." Some of the satiated will look to unload the game on the used game market, where the laws of supply and demand see to it that the earlier a gamer decides to sell, the more the game is worth, since used game prices decrease as used inventories grow. A complicated set of forces is at work driving consumer decision making and the video game industry's reactions. And these dynamics differ from game to game depending on its popularity and playability.

Nevertheless, Ching and Ishihara were able to use the Japanese dataset to create a dynamic mathematical model of game buying and selling behavior—a virtual video game marketplace. When they eliminated the used game market in their model, game manufacturers did see an increase in profit, but not as much as one might think. "Profits for the new game manufacturers ended up increasing by 7.3%," Ching says. "And that's assuming the new game prices never changed." Consumer welfare—their satisfaction, or user happiness—dips in this scenario, as fewer get to play the games and there are no bargains to be had. The real key to boosting profits in a world without used game sales, Ching found, lies in reducing new game prices. Manufacturers could enjoy average profit increases of nearly 27% if they lowered their prices. That's a win-win for both maker and gamer.

For several years, the video game marketplace has been transitioning away from selling games on discs and moving to downloadable games and even subscription-based services where users pay a monthly fee for online access to all the games they want. Many avid gamers find this more convenient and affordable, and the used game market is drying up. But, Ching says, the algorithms they painstakingly created are versatile and adaptable. "This model can be used for any other digital goods, and, with some modifications, for goods that experience physical depreciation, such as automobiles," he says.