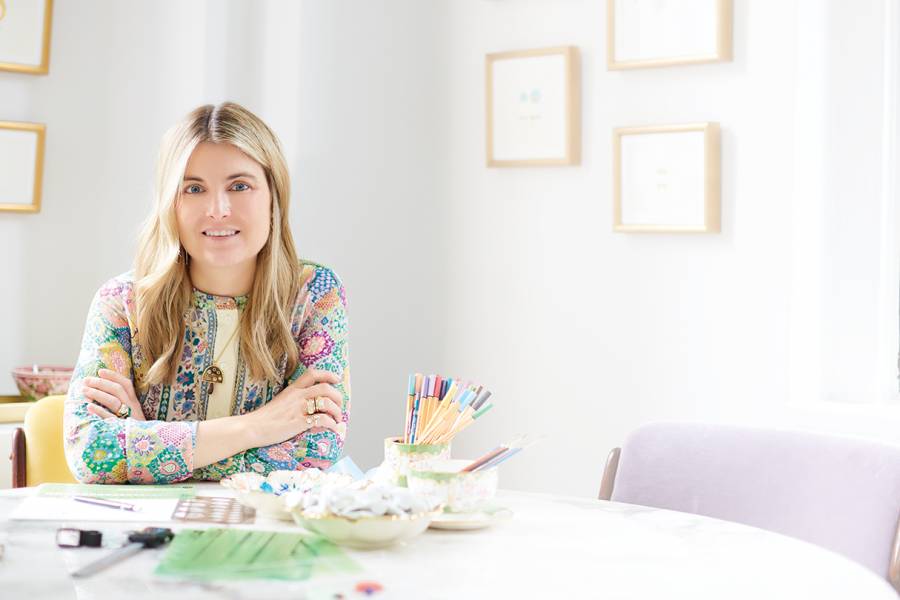 Inspired by fine art, classic literature, and European vacations, the Johns Hopkins alum has found success in fashion magazines as a jewelry designer

Growing up in Baltimore's Roland Park neighborhood, Brent Neale Winston, A&S '03, didn't have a television. "My dad was in education, and he was like, 'it rots your brain,'" she says, seated at a white marble table in her candy-colored office. "I was always reading as a kid. I was always outside making mud pies under the porch." It was the kind of household where, if she wanted to paint the walls of the basement, she could paint the walls of the basement. "It was all make-believe," she says. "My parents were very lenient with what they would allow me to do."

In high school, Winston began tagging along to antique gem shows with her mother, a teacher who sewed and painted in her spare time. "She was always doing something creative," she says. "Seeing that and watching that, you just absorb it." Winston started making necklaces as gifts, later taking custom orders from friends and family. In college, she would visit her older sister in New York, returning to Homewood with strands of beads from emporia on 37th Street and hosting trunk shows at off-campus apartments in Charles Village.

A chance encounter with a New York–based jewelry designer after graduation led to a job in product development at Horizon, a private label jewelry company for big-box retailers. Penny Proddow, the jewelry historian and InStyle jewelry columnist, encouraged Winston to apply for the Fashion Institute of Technology's graduate program in jewelry, where she concentrated in design and interned for designer Kara Ross, who hired her upon graduation.

Following the premature birth of her twin daughters in 2015, Winston took some time off. With the encouragement of her husband, she launched her own label in 2017. Brent Neale, her line of playful creations, can be found at Barney's and online retailer Moda Operandi, or in Vogue, on soccer icon Megan Rapinoe. It recently earned the 39-year-old designer a slot as one of T Magazine's 15 New Creative Talents. A designer with an eye for color and whimsy, she culls inspiration from far-flung destinations and classic literature to create unique stone pieces, like lapis doorway pendants edged in gold, '70s-inflected floral drop earrings, and a tiara of malachite cannabis leaves.

Named "After the Rain," Winston's first collection played with opal clouds and deconstructed rainbows made with small rectangular stones, a nod to the large, monochrome canvases that together make up the rainbow of Ellsworth Kelly's Spectrum. "I love the shape of those rectangular canvases, how it just hits you," she says of the work, which is on display at the Metropolitan Museum of Art near her apartment. Frank Stella's geometric tessellations were also influential, she adds. Her second collection, "Passageways," referenced the colorful doors—often portals to courtyards and secret gardens—she saw on family vacations to European cities such as Rome and Paris. In late October, Winston unveiled her latest collection, "Splash," which she designed to channel the wearer's "inner mermaid goddess" using shell and pearl motifs.

As with all her pieces, the focal points of "Splash" are carved stones. "To me, the color of a natural stone, you can't get that with enamel," she says. If it sounds difficult to carve a piece of agate into a daisy, it's because it is. "We break a lot of stones," Winston admits, before dashing off to see a stonecutter about an elephant-shaped onyx. "I think it's more special that it's harder to make."

Why she loves custom jewelry: "It's special for the client," she says. "If you're looking for something extremely unique, you want there only to be one."

During the day, you can find her shuttling between diamond dealers, stone-cutters, and model-makers on 47th Street.

This spring, she'll be wearing florals.

Her go-to cocktail: Tequila and soda with lime.

Currently reading: Everything from Shakespeare to commercial fiction. "Like salmon and Cheetos," she quips. 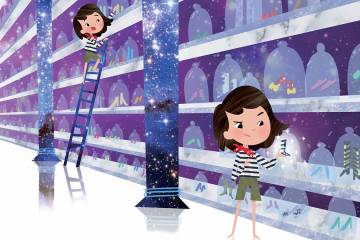 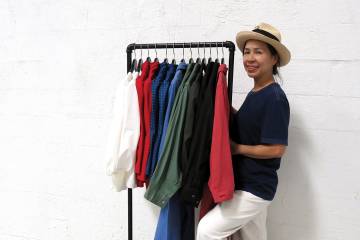 Published Spring 2019
After years of designing for major retail brands, alum Jean Liu strikes out on her own / Johns Hopkins Magazine