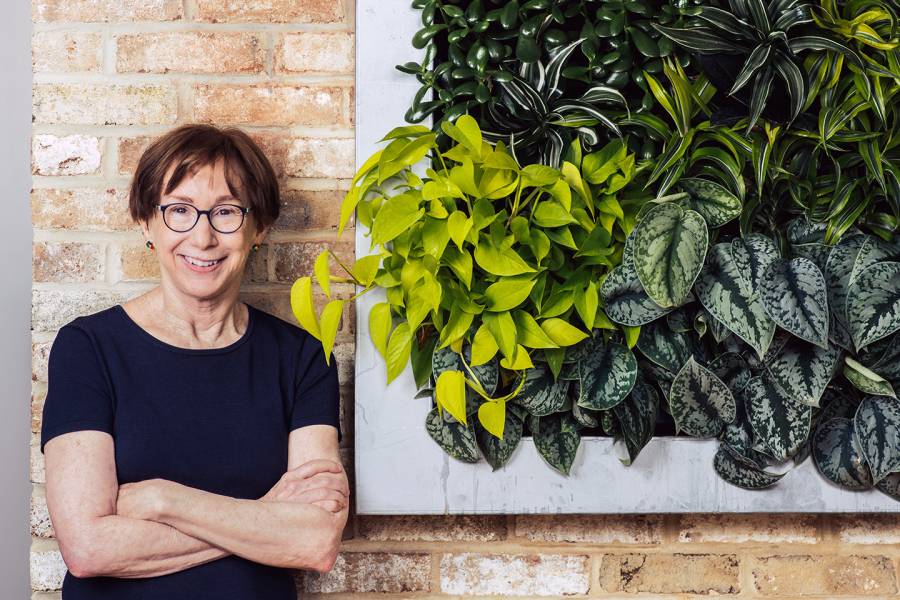 Algae: here, there, and everywhere

On a clear and cold February morning in 2015, Ruth Kassinger slipped on an insulated down coat and donned knee-high waterproof boots. Stepping aboard a long fishing boat in South Korea's Hoedong Harbor, she gingerly navigated her way around a 3-foot-deep blue bin that covered the deck side to side and end to end. The bin would hold the day's harvest of Porphyra, a seaweed cultivated in the bay's expansive waters. The captain motored the boat out to a vast network of floating nets, from which hung "limp, wet streamers" of seaweed, as Kassinger describes them. As workers guided the nets across the boat's deck, a machine with rotating blades sheared off the pieces of seaweed, which fell into the bin. The work was cold and wet and physically demanding, and by 10:30 that morning, the boat and its crew returned to dock carrying their bounty.

Kassinger, SAIS '80 (MA), had come to South Korea to witness how Asia's seaweed farmers are transforming what was once a modest family tradition into a global industry that's feeding the world's increasing hunger for seaweed. South Korea has become a major producer of nori—what Westerners will recognize as the black-green shell encapsulating their maki at a sushi restaurant—and the country exports some 10 billion sheets of the stuff each year. A $6 billion global industry and growing, seaweed is now being sold as a snack in American grocery stores next to chips and pretzels. And this, Kassinger tells us in her latest book, is just one of the myriad ways in which algae play a role in our lives. That's right, seaweed is algae. 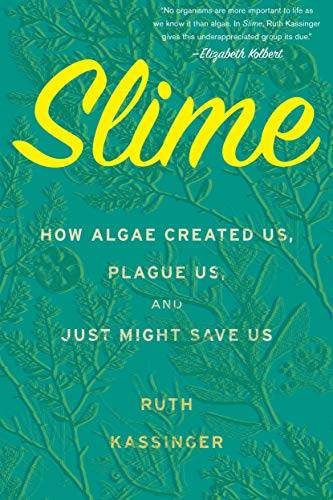 In Slime: How Algae Created Us, Plague Us, and Just Might Save Us, published in June by Houghton Mifflin Harcourt, Kassinger demystifies one of the world's most prolific organisms. First off, "algae" is not a scientific classification—such as "mammals"—but rather a catchall term that refers to multiple varieties of organisms that photosynthesize and live predominantly, but not always, in water. In fact, some varieties can survive dry conditions. The majority of algae are single-celled, but seaweed is a multicellular variety known as macroalgae. And algae are everywhere, from the invisible cyanobacteria found in waterways and in fossils dating back 3.5 billion years, to the multihued lichen dressing the bark of trees. Algae "live inside rocks, in desert sand, and in the fur of three-toed sloths who eat them, and in arctic snowpack," Kassinger says. There are "more algae on the planet than stars in the universe," she writes in Slime.

All told, she explains, these robust organisms "created the planet's oxygenated atmosphere and still produce half the oxygen" on Earth. Without them, there would be no marine animals—the oceans "are blanketed in a dense but invisible 600-foot-thick layer of them," she writes. It's the phytoplankton that photosynthesize and release oxygen into the water and support the world's marine life. And it's because of algae that plants developed in the first place. "It was a species of green algae that, 500 million years ago, acclimated to life on land and evolved into all of the Earth's plants," she writes.

What makes algae so versatile are their simplicity and resilience. Unlike plants, you will "never find algae dressed in flowers, wafting scents, or sporting seeds and berries," Kassinger writes. "Plants are the fancy-pants photosynthesizers of our world; algae are the Plain Janes." But it is precisely because algae have "no petals or nectar, no pistil or stamens, no bark to keep them from drying out" that they are so productive. Algae are not only pervasive, they are pivotal to human existence. "We owe our lives to algae," Kassinger says.

A growing number of scientists, entrepreneurs, and inventors are betting on algae's potential for a sustainable future, creating biofuel for jets and nutrient-dense protein for food, among other things.

And yet, climate change is upsetting the balance that makes algae a beneficial part of the environmental equation. On the one hand, algae are being threatened—for example, Japan no longer tops the world in seaweed production, in part, because rising water temperatures and fertilizer runoff disrupt healthy production. On the other, climate change conditions are also the reason algae blooms—which occur when algae grow out of control and create toxic or harmful effects—are jeopardizing the health of waterways and contaminating drinking water.

Unfortunately, these challenges come just as we are discovering new and important uses for algae. As Kassinger discovered during her 10 years researching algae, it's not just sea farmers harvesting the wonders of these organisms. A growing number of scientists, entrepreneurs, and inventors are betting on algae's potential for a sustainable future, creating biofuel for jets and nutrient-dense protein for food, among other things.

Kassinger came to professional writing somewhat late in her career, though she has loved writing since childhood. (Her first literary rejection came at the age of 12, when she sent a book about an adventurous mouse to editors at Random House.) Kassinger's first career was in international politics. She attended Yale as an undergraduate and earned her master's from the Johns Hopkins School of Advanced International Studies before joining the U.S. Overseas Private Investment Corporation. "They sent me around the globe to talk with U.S. companies considering or expanding investments in less developed countries, as well as to foreign government officials about investment regulations and the economic climate," Kassinger says. Over her 15 years there, she rose to chief information officer of the corporation while also raising three daughters with her husband, Ted. But something always gnawed at her.

In 1995, she discovered narrative nonfiction through books such as Dava Sobel's Longitude. "For the first time, I could see what I thought I could write," she says about the book, which blends science, biography, history, and culture. At 40, she quit her job and started freelancing. She wrote science articles for children and short humor pieces for The Washington Post. After Kassinger wrote a report on the U.S. census for a governmental agency, a friend who had been an ed tor at Simon & Schuster suggested the census would make a great topic for a book for middle-schoolers. "I hadn't known there was such a market niche and was delighted that I could send a proposal directly to publishers without an agent," Kassinger says. "I got six offers on the book."

"I do feel, at some point in the not-too-distant future, that a combination of climate change consciousness and better carbon pricing is going to make an opening for algae fuel."
Ruth Kassinger

Kasssinger went on to write eight books for children, mostly about science. In 2010, she published Paradise Under Glass: An Amateur Creates a Conservatory Garden, her first nonfiction work for adults. In it, she maps the history of humans bringing plants inside and designing botanical conservatories, all while recounting her own adventures building a glass conservatory at her home. This led to her 2014 book, A Garden of Marvels: How We Discovered That Flowers Have Sex, Leaves Eat Air, and Other Secrets of Plants, which offers a deep dive into the botanical world.

It was during the writing of these books that Kassinger first became interested in algae. In 2008 she visited an entrepreneur in El Paso, Texas, who was growing algae for fuel. "I really got interested in algae as a biofuel," she says, because it not only reduces greenhouse gases, its production doesn't require arable land or fresh water. Bioengineers had figured out how to adjust algae's genome to create high-quality oil to burn in vehicles, and Kassinger followed this development as the fuel was eventually used in jets and ships for the U.S. Navy and in UPS trucks. She began to wonder what other potential algae might have.

Kassinger has an inquisitive mind, and when a question hooks her, a simple answer won't do. "I'm an intensely curious person, and science is constantly changing and infinitely interesting," she says.

The topic of algae "was totally absorbing to me," she says, "and I knew that nobody had written about it in this way." (The New Yorker's Elizabeth Kolbert agrees, writing for a blurb on the book jacket that "no organisms are more important to life as we know it than algae," and Kassinger's book finally "gives this underappreciated group its due.")

Immersion research is an important part of Kassinger's process. She travels extensively for her books, meeting people pivotal to her subject matter. "Putting yourself as a character in the book is helpful so people can feel like they're going along with you." For Slime, in addition to traveling to South Korea to study nori harvesting and production, she visited the coast of Wales, where one enterprising chef is bringing back a centuries-old technique of cooking with local seaweed. She wrote about a farmer in Japan who began using algae instead of toxic chemicals in his rice patties, helping to spark a sustainable farming revolution there. In Florida, she found a firm developing a method to combat those algae blooms with more algae.

Kassinger soon realized that algae are not only pervasive in nature, they are also flourishing in our human-made world. A new brand of culinary algae oil is now being stocked next to the more traditional olive and canola oils at some high-end grocers, and certain forms of algae are being used to thicken toothpaste and hair conditioner. Pathologists have long used algae as part of a medium for growing bacteria cultures in their labs. And in Iceland, Kassinger learned, a distillery is using lichen to make schnapps.

In 2017, Kassinger met with the founders of a Mississippi company called Algix, who have figured out how to turn algae into plastics for things like running shoes. "Say plastic, and people think chemical, artificial, and unnatural," Kassinger writes. "But plastics themselves are, molecularly speaking, organic; they're made of carbon-based polymers—that is, long chains of carbon combined with oxygen, nitrogen, or a few other elements, depending on the type of plastic." Algix developed a method for converting the protein in algae into plastics for consumer goods. Kassinger also visited a test kitchen in San Francisco where cookies, bread, and other foods are being made with algae protein and oil instead of eggs and butter. Kassinger got so hooked on the umami flavor of seaweed that she includes several recipes in the appendix of Slime.

While Kassinger uncovers these promising and compelling human-made developments in the algae arena, she also examines the human harm. The seaweed used in labs for culturing bacteria, Gelidium, is at risk of being overharvested, and the current fixes being applied to algae blooms won't keep pace with climate change. Meanwhile, dropping oil prices took the momentum out of algae biofuel production. "I was working on this book before the price of oil dropped dramatically, and I was there for a number of these companies going, oh, our dreams are crushed," Kassinger says. "The technology is there, so it is a question of economics. I do feel, at some point in the not-too-distant future, that a combination of climate change consciousness and better carbon pricing is going to make an opening for algae fuel."

In many ways, Slime carries in its pages a cri de coeur similar to that of other great environmental science books like Rachel Carson's Silent Spring. By illuminating the ways in which algae undergird our very existence, and by showing us both their potential and their threat if left unchecked, Kassinger gives us a timely and important book. Algae, she convinces us, could be an important part of our future, but only if we pair our innovations with environmental consciousness and "take serious action in combating climate change."

Elizabeth Evitts Dickinson is a Baltimore-based freelance writer and editor. 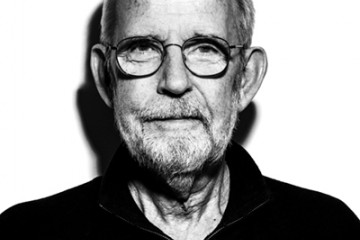