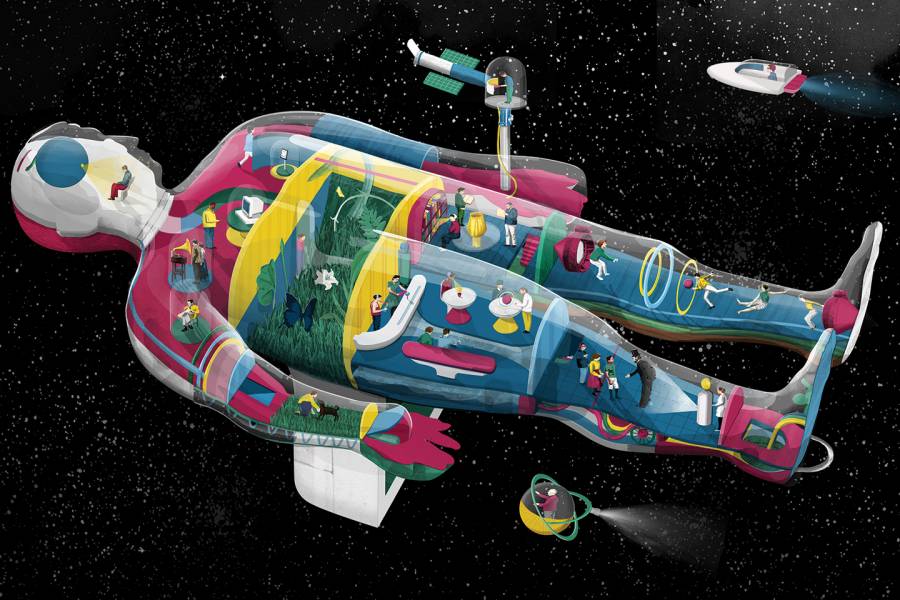 But I have quickly come to embrace one aspect of the job: witnessing the talent and enthusiasm of the writers this magazine attracts. When I first met freelancer Laura Wexler over coffee to talk story ideas, I mentioned the work of the School of Medicine's Mark Shelhamer, the former chief scientist of NASA's Human Research Program who today is helping lead Johns Hopkins' efforts to prepare humans for life in space ("To Boldly and Safely Go"). Her eyes widened as I told her what I knew. I'm paraphrasing here, but I believe her response was: "Sign me up!" In my head, I pictured Laura as Elaine Benes in "Seinfeld" throwing me off my seat and into the next room with her signature "Get out!"

That initial conversation led to a long chain of emails and phone calls as Laura feverishly dug into reporting. I looked forward to each exclamation-laden update from the field. Over the next few weeks, Laura filled me in on the "super cool!" and "utterly fascinating!" research Shelhamer and others were involved in, and the passion with which they shared their work. Perhaps my favorite missive described the time she got to sit in on a meeting of Johns Hopkins researchers from across university divisions, all interested in various aspects of aerospace medicine but some of whom had never met. Here she was witness to the birth of a collaboration that might, decades from now, play some role in the well-being of humans living in a dome on the surface of Mars. In Laura's words: "How cool is that!"

I miss her updates already. But now you get to enjoy her story.