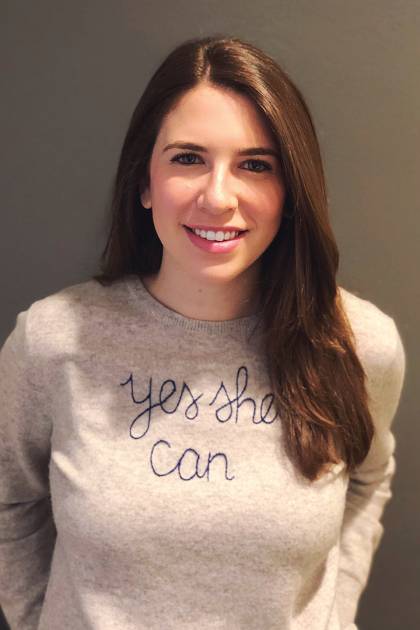 When Barack Obama was elected president in 2008, Molly Dillon was just 19—barely old enough to vote. "Cut to 2012, when I was a 23-year-old graduate student studying public policy, I really wanted to work in his White House," says Dillon, A&S '11. In 2012, she was one of just 145 interns accepted to the White House internship program, where she served as an adviser on civil rights policy alongside young women inspired to make change. She teamed up with nine of her "White House sisters" to write The New York Times best-selling anthology Yes She Can: 10 Stories of Hope & Change From Young Female Staffers of the Obama White House. "We wanted to speak directly to young women because as a country we don't always tell women's stories," Dillon says. "We surfaced the things that made us proud, impacted other people's lives, and changed our communities for the better to say to young women, 'There's a place for you in public service. We need you here.'"