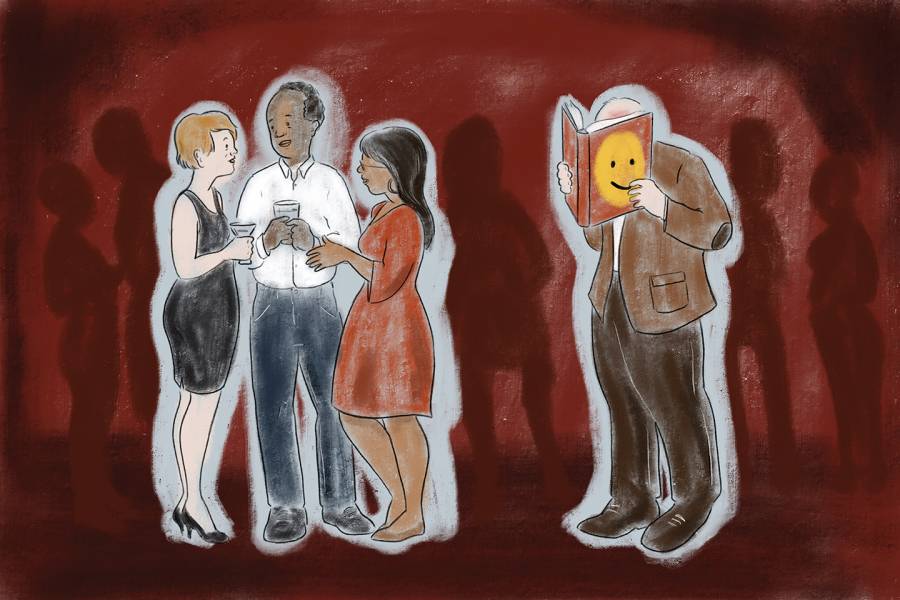 Erik Helzer spends a lot of time at conferences and lectures. And while the Carey Business School assistant professor of management and organization genuinely likes his colleagues, he sometimes approaches socializing in groups with a little unease—even though he always feels better after a good chat.

He's not alone: In fact, a recent study Helzer co-authored in PLOS ONE examines introverts' pessimistic expectations of social events even when they've enjoyed them in the past. "We know from other research that social interaction has a range of positive benefits both in the moment and long term," from greater professional opportunities to helping preserve memory, Helzer says. "This study was motivated by a bunch of academics who tend to be maybe less excited to go out and mingle at a cocktail party, sitting around and thinking, 'What is it psychologically that is impeding people with lower extroversion?'"

Helzer recommends thinking about the past outcome of social events—a lift in mood—more than their uncongenial expectations.

Helzer and his fellow researchers asked 155 student volunteers to fill out a personality assessment. They were then instructed to hobnob freely with between three and 10 strangers for 20 minutes, just as they would at a cocktail party—minus the cocktail. "That's a really daunting thing for a lot of people, myself included," Helzer says. The researchers asked the participants about their expectations for the social interaction and about their actual experience after the mixer. Not surprisingly, most introverted individuals had a negative outlook beforehand, and the extroverts largely reported feeling happy and energized after socializing. However, the majority of the introverts also reported a mood boost afterward, despite anticipating the opposite. "You have a total crossover between expectation and reality," Helzer says. All but those extremely low in extroversion (17 percent of the sample) experienced an increase in positive affect after socializing.

The researchers also asked the participants to rate their conversation partners on how socially skilled they perceived them to be. Extroverts made a better impression overall. "Their partners had an easier time interacting with them and, in some ways, enjoyed the interaction more," Helzer says. However, not all introverts fared badly: Those who feared others' negative perceptions of them significantly narrowed the social-skill gap—suggesting that introverts who are concerned about leaving a good impression can "fake it" to come across as more socially outgoing. Helzer says people often rate themselves as more introverted than others would rate them. "Only we ourselves know all of the internal monologue" that reveals introversion, he says.

"All the reticence going into the social interaction doesn't always come out to perceivers." Which is good news for introverts who feel professionally or personally hampered by their aversion to social events but are motivated to make a good impression. To those, Helzer recommends thinking about the past outcome of social events—a lift in mood—more than their uncongenial expectations.

And though fear of a negative evaluation helps introverts make a better impression, Helzer cautions that it might not be the only, or healthiest, motivator. Rather, he suggests focusing on the value of human connection. "Find something that is of interest to you and ask some questions about it," he says. "That might work just as well. It might even work better." 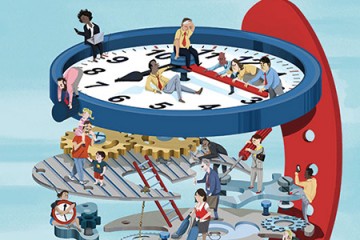 Combating the 'Cult of Busy'

Published June 14, 2016
'Johns Hopkins Health Review' provides helpful tips for finding balance when you have so much to do and so little time / Johns Hopkin Health Review