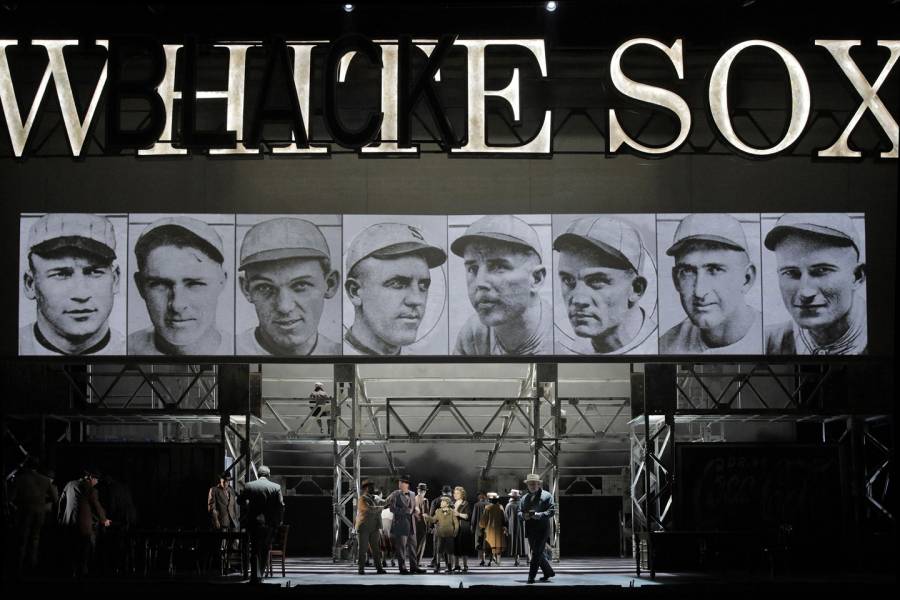 New opera centers on the Black Sox Scandal of 1919

'The Fix' follows gamblers, civilians, and the White Sox teammates through the baseball scandal

Composer Joel Puckett's first opera, The Fix, owes a teeny, tiny bit to Pete Rose. Puckett grew up in the 1980s, an era during which Rose became one of major league baseball's biggest stars. Rose helped the Cincinnati Reds win three World Series titles. He passed Ty Cobb as baseball's all-time hits leader during the 1984–85 season. And in the spring of 1989, he was accused of gambling on Reds games, prompting an investigation, retirement, and eventual banishment from baseball.

That story popped into Puckett's head in 2014 when his publishing agent let him know the Minnesota Opera was looking for new projects. Puckett knew the company appreciated operas that confront contemporary issues, and the 2008 financial crisis was still fresh for him. "I was looking for a story to tell about the haves and the have-nots," he says. "And immediately the story of the Black Sox Scandal came to mind."

The Chicago White Sox was one of baseball's best teams of the late teens, winning a still-standing club record of 100 games and the World Series in 1917. Baseball's 1918 season was cut short owing to World War I and the Sox finished second in their division, but in 1919 the club was back on top, winning 88 games and advancing to the World Series against the Cincinnati Reds.

Baseball ownership legendarily underpaid their teams at the time, and the largely working class players, who wouldn't successfully unionize and reach a collective bargaining agreement with owners until the 1960s, had clauses in their contracts that prevented them from playing professionally anywhere else. Sometimes hard-up players became vulnerable to the underground gambling economy that could pass around extra cash for throwing games. Which is what allegedly happened to eight members of the 1919 White Sox team, who were each to be paid $5,000—roughly $73,000 in 2019—for fixing the Series. Writer Eliot Asinof explored this story in his 1963 book Eight Men Out, which director John Sayles turned into a movie in 1988. All eight accused players, though acquitted at trial, were banned from the game for life.

It's a class conflict "where a few very rich people basically owned the rights to very talented, underprivileged people," Puckett says of the owners' relationship to players. He was paired with writer/director Eric Simonson, who's penned a few sports-related plays, to write the libretto, and over about two years they developed The Fix, which debuted in March as part of Minnesota Opera's New Works Initiative. The story follows the emotional arc of "Shoeless" Joe Jackson, the beloved White Sox outfielder, as he navigates whether to join his teammates in throwing the series. The Fix maps this journey through three groups of characters—the White Sox, including owner Charles Comiskey; the gamblers; and civilians, which includes reporters Ring Lardner and Hugh Fullerton, as well as Jackson's wife—as they talk and debate in the clubhouse, bars, and Jackson's home. Simonson and Puckett zero in on the human drama behind the game, exploring what the site Classical Post calls a "21st-century sonic mirror to a society questioning its identity and core values through the condemnation of a social innocent who disappoints his fans who worship what he represents to them."

Other reviews were mixed, which is fairly common for new works in classical music and opera, but Puckett says a number of other opera company's directors came to its run, and he's hoping The Fix might get a slot in somebody's 2021–22 season. Puckett says he has a few things he wants to polish in the score—"I'm a tinkerer by nature," he says—as part of a fairly busy spring. The Fort Wayne Philharmonic debuted his "Short Stories—Concerto for String Quartet and Orchestra" in April, and a recording of his Concert Duo featuring clarinetist Anthony McGill and flautist Demarre McGill came out on Cedille Records in May.

For Puckett, having the chance to revisit one of the game's most infamous scandals for audiences 100 years later was a special treat, especially as a baseball fan. "Unless you have cheered for multiple hundred-loss baseball teams, you're not really a fan," Puckett says with a laugh, pointing out that his Atlanta Braves were, well, abysmal when he was growing up. "Right around the time I got interested in music and stopped paying much attention, they got good again. My entire childhood, they were terrible. Now, I've got the MLB pass and the Braves on with the sound down when I'm composing. It's great." 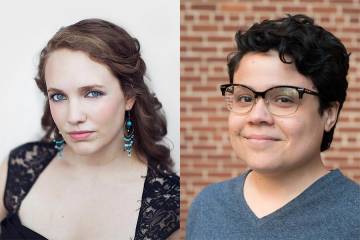