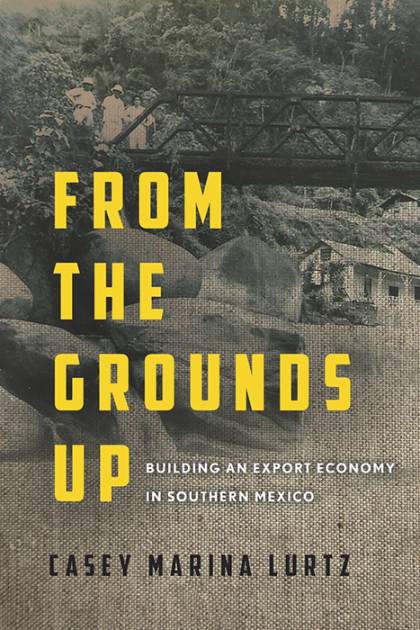 Mexico is one of the top 10 coffee producers in the world, and most is grown in the southern state of Chiapas. In the early 1800s, though, diseases brought by the Spanish conquest had all but wiped out the population that lived in the coffee-growing regions of the state. With From the Grounds Up: Building an Export Economy in Southern Mexico (Stanford University Press), history Assistant Professor Casey Marina Lurtz explores the rise of coffee production in the Soconusco region of Chiapas from 1867 until 1920. It's a disarmingly engrossing business history, exploring the political, technological, and social work involved in creating a global export commodity quite literally from scratch.