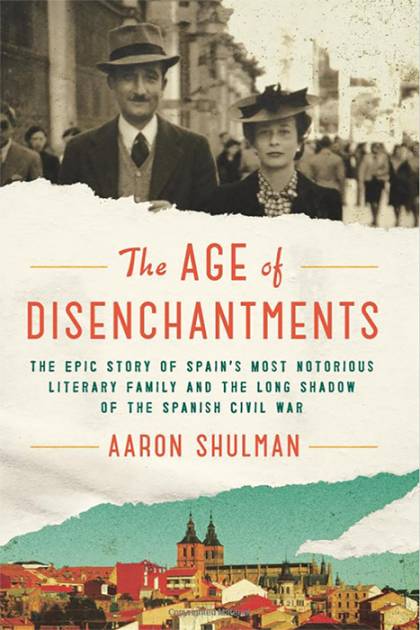 Epic novels are usually the only place to find a single family charting a country's turmoil from civil war into dictatorship and nascent crawl stretch for democracy, but Aaron Shulman's The Age of Disenchantments: The Epic Story of Spain's Most Notorious Literary Family and the Long Shadow of the Spanish Civil War (Ecco/HarperCollins) is the rare combo of journalism and history that achieves such novelistic sweep. Shulman, A&S '04, first heard the name Leopoldo Panero—a Marxist poet sympathetic to the Republicans fighting the Nationalists during the Spanish Civil War who eventually became the leading poet of dictator Francisco Franco's regime—in a documentary made about Panero's wife and sons after Franco's 1975 death. Shulman fascinatingly tells the tragic, infamous story of the Panero family and, in doing so, delivers an intimate peek at the personal devastation of political upheaval.