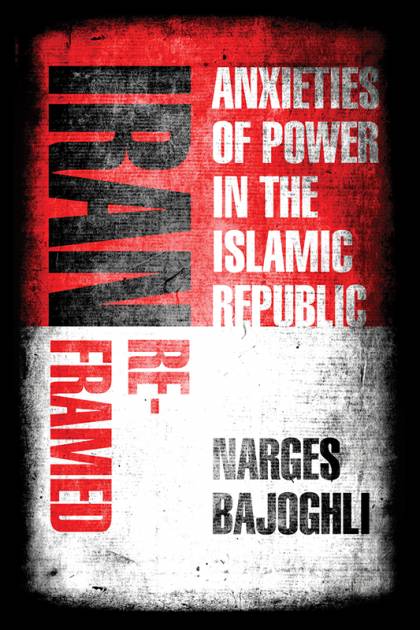 About halfway through Iran Reframed (Stanford University Press), anthropologist, filmmaker, and SAIS Assistant Professor Narges Bajoghli attends a private screening of director Mohsen Amir-Youssefi's film Desirable Garbage in Tehran. The film's title is a reference to President Mahmoud Ahmadinejad calling the Green Movement protesters "garbage" when they took to the streets following the 2009 Iranian presidential election. The film follows an older woman who begins ridding her home of anything possibly anti-regime after protesters seek refuge in her yard to escape paramilitary forces.

Amir-Youssefi participated in a post-screening discussion with cultural critics from Iran's most conservative newspapers and key leaders from the paramilitary organizations Ansar Hezbollah and Basij—all of whom, Bajoghli notes, are disgusted by the movie. What ensued was a heated debate about the politics of representation, whose stories are being heard in Iranian media, and how to tell the history of the Islamic Republic itself.

Bajoghli does a remarkable job capturing the combative exchanges of this unusual forum. She spent nearly 10 years in Iran, speaking with the media producers of Iran's Revolutionary Guard, Ansar Hezbollah, and Basij as they wrestled with how to reach Iran's younger generations, many of whom sympathized with the Green Movement protesters. Following the protests, these regime media producers, many of whom served in the Islamic Revolutionary Guard Corps during the 1980–88 Iran-Iraq War, realized the younger generations didn't know the same stories and struggles that they did. And they needed new ways to tell this group the stories of the Islamic Republic of Iran.

Yes, what the regime producers create is state propaganda, but as Bajoghli points out, all countries have to figure out how to talk to their citizens. Reframed provides a candid look at the cultural production of a state that remains poorly understood by Americans, and in the process touches on the challenges facing media producers and consumers as digital distribution networks make it increasingly challenging to separate misinformation and propaganda from legitimate journalism.