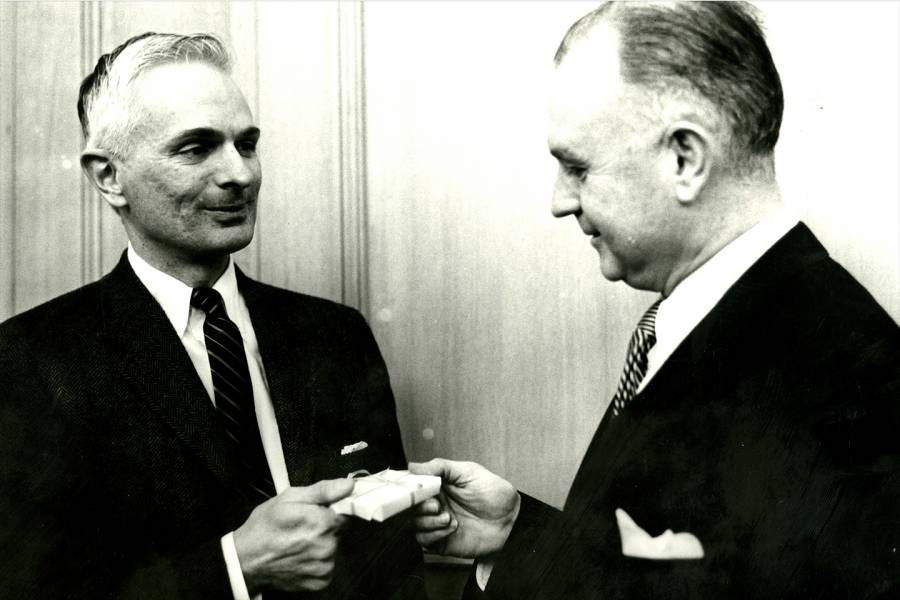 I hesitate to admit how little I knew of Corbin Gwaltney before I learned of his death in July at the age of 97. His portrait should hang in my office.

I certainly knew that Gwaltney had founded the magazine you're reading, along with The Chronicle of Higher Education (in 1966) and The Chronicle of Philanthropy (in 1988). But I hadn't stopped to truly appreciate the legacy of this man whom I'd never met but whose vision for the magazine impacts my daily life.

By all accounts, Gwaltney, A&S '43, loved this institution. Upon his return to Baltimore in 1949, following his service in the U.S. Army infantry, Gwaltney looked at the university's alumni publication and saw a stodgy and "unremarkable assemblage of campus reports and alumni notes." He proposed a new kind of university magazine, one with top-notch photography and in-depth features that would give its readers intellectual nourishment. A former newspaperman, he also championed the virtues of editorial independence.

The first issue of Johns Hopkins Magazine landed in April 1950. Soon after, Gwaltney got word that then university President Detlev Bronk was not particularly pleased. Bronk wanted a more technical and scientific publication. It took Provost P. Stewart Macaulay, also a former newspaperman, to convince Bronk to give the fledgling magazine a chance. And the next year Johns Hopkins Magazine was named the Robert Sibley Magazine of the Year, the best college or university magazine in the country. It would be the first Sibley of many.

Gwaltney literally changed the template of what alumni publications can and should be. Mr. Gwaltney, thank you for your pioneering vision. I plan to continue what you started.