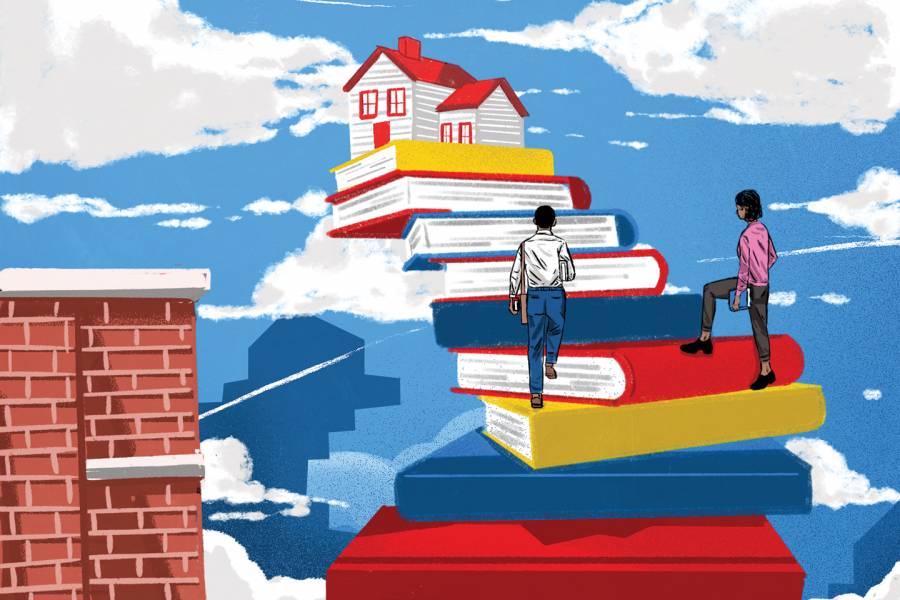 Traditionally, schools have approached the problem of chronic absenteeism from a confrontational standpoint. In the most extreme cases, truancy officers show up on parents' doorsteps and summon them to court, where they face misdemeanor charges. "There was a lot of punishing and blame going on," says Steven Sheldon, an associate professor in the Johns Hopkins School of Education, adding that such approaches have not been especially constructive.

Educators have long struggled with how to curb the problem of chronic absenteeism, or students missing more than 10% of the school year, about two days per month. But a recent study Sheldon conducted revealed that a simple approach is actually quite effective: having teachers visit students' families at home.

Sheldon has long championed the role of school and teacher outreach in children's education. His latest research, published in November 2018, evaluates the Parent Teacher Home Visit model created in Sacramento, California, in 1998. In the 20 years since its founding, the PTHV model has expanded into 736 communities in 27 states and Washington, D.C. In collecting and analyzing school district data, Sheldon wanted to know whether the program actually increased student attendance and performance.

The problem of chronic absenteeism

When students are frequently absent, their achievement suffers, as do their chances of finishing high school. A 2007 analysis by the National Center for Children in Poverty showed, for example, that kindergartners who were chronically absent scored lower on reading, math, and general knowledge achievement tests in first grade than their classmates with higher attendance. And a 2011 study of Baltimore City Public Schools found that chronically absent sixth-graders had only a 29 percent probability of finishing high school, compared to 70 percent for those with good attendance. There's a spillover effect to chronic absenteeism, too, Sheldon says. When teachers have to repeat material for students who have missed class, the overall rate of instruction slows down, and the entire class suffers.

With the PTHV model, which is friendly and nonpunitive in nature, home visits are voluntary and arranged in advance. Teachers, who are both trained and compensated for their work, contact families to set up visits outside the school day. To reduce stigma, they call on a cross section of students rather than singling out only those who are chronically absent.

The first visit happens early in the school year and focuses on teachers and parents getting to know each other. "The idea of these home visits is that teachers and school staff are doing at least as much listening as they are talking," Sheldon explains. "They're about building relationships. They're trying to talk to families and say, 'Tell me about what you see as the strengths of your child, what you hope for them in the future.' It's not, 'What's going on here? Your student has already missed five days of school.'"

Sheldon and his team gathered data from four large, diverse urban school districts across the United States, collecting official records from more than 100,000 K–8 students, including their race, gender, income, special education status, attendance, and achievement test scores for the 2015–16 and 2016–17 school years, as well as whether they participated in a home visit.

Their findings showed that students at schools that engage at least 10 percent of students' families in visits had 22 percent lower odds of being chronically absent in the 2016–17 school year, compared with their peers in schools that did not implement PTHV as widely. Attending a school that implemented home visits with at least 10 percent of their families was also associated with 35 percent higher odds of scoring proficient or above on standardized English Language Arts tests. Interestingly, the entire student body at schools utilizing the home visit program—not just those students who received home visits—saw a boost in attendance and test scores. 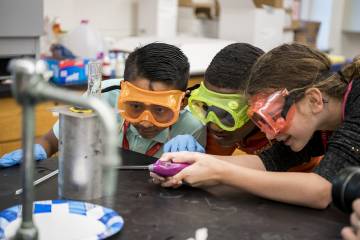