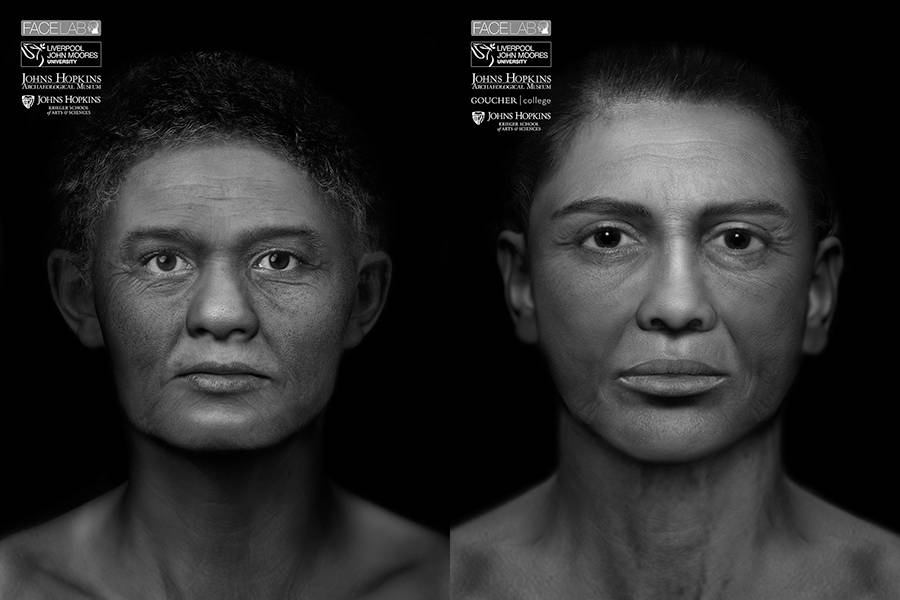 As members of the team that worked to rediscover the lives and faces of the two ancient Egyptian women whose remains are stewarded by the Johns Hopkins Archaeological Museum, we want to thank you for publishing "A Face from 2,400 Years Ago" [Fall]. The dissemination of the facial renderings of these two women is very much in keeping with the ancient Egyptian desire for continued remembrance achieved through images, which they believed could house an individual's spirit. However, we were concerned that the contrast of the images had been altered for the print edition of the article such that the hair of the two individuals was brought into sharp focus, notably changing their appearances. The guiding principle of our project was to be careful about what is scientifically defensible and to only present in visual form the rigorous physical evidence we gained through our interdisciplinary study. Given that we have little to no data regarding the individuals' hair types, it was a conscious decision to minimize the appearance of hair by darkening it such that it faded into the background. Unfortunately, the printed photographs emphasize the unknowable hairstyles rather than the faces, for which we have significant evidence, thus changing our actual dataset. At Face Lab (Liverpool John Moores University), the approach to creating facial depictions is scientifically rigorous, with a sensitivity to any cognitive biases that can be introduced by including features for which there are no supporting data. The final form of the renderings was the result of extensive discussions among our team, and their alteration in the publication miscommunicates their scientific validity as well as our aim to be transparent about those features for which anatomical data is lacking.

I'm going to make a confession—I certainly take the time to peruse each magazine when it arrives in the mail, but I don't always have time to read it from cover to cover. The fall issue had an article that caught my eye titled "Taking the Sun's Measure." Wow!

I thoroughly enjoyed the article and read it from start to finish. Let me qualify my statement by saying that I am not a science person and traditionally don't gravitate to science reading. This article, however, very much held my attention and I'm so glad it was included in this edition. I don't know if Dale Keiger is a scientist, but the writer made the article accessible for those of us who aren't in science fields. It is a standout piece of writing indeed and has piqued my interest so much that I've since found myself Googling "how to measure the sun's temperature." Kudos to all involved!