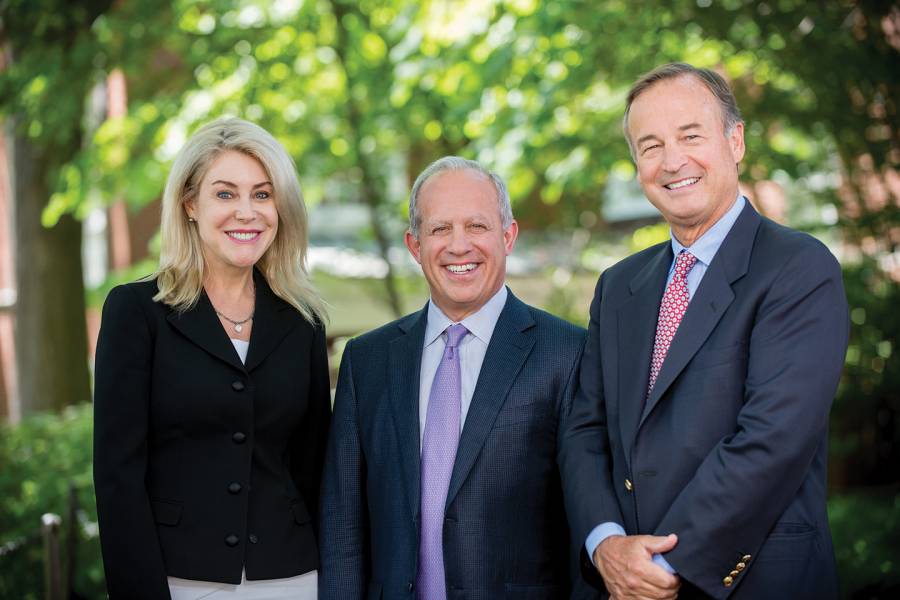 Image caption: Co-chairs (from left) Heather Murren, Chuck Clarvit, and Mayo Shattuck brought their enthusiasm and expertise to the Rising to the Challenge campaign.

There's little the Rising to the Challenge co-chairs wouldn't do to help Johns Hopkins exceed its fundraising goal. But Chuck Clarvit, A&S '78, admits there's one promise he likely won't fulfill: "I did make a pledge that if we hit certain numbers, we would all dye our hair Blue Jay blue," he jokes.

Hair pigment aside, the JHU trustees who led the recently closed eight-and-a-half-year fundraising campaign—Heather Murren, A&S '88, Mayo Shattuck, and Clarvit—are standouts. Together, they rallied more than 279,000 donors to raise more than $6 billion for undergraduate scholarships, the endowment fund, the humanities, research, and more. And while much of their time together was spent strategizing campaign themes and making thank you phone calls to donors, a camaraderie formed along the way.

The trio worked alongside the university's development staff to help donors fund projects that mattered to them. "Ultimately, a gift is simply an expression of the donor's intention to make change," Murren explains. Campaign highlights for the co-chairs include the $75 million gift by investor Bill Miller to the Department of Philosophy and the $150 million from the Stavros Niarchos Foundation to establish the SNF Agora Institute to foster civil discourse. Shattuck says he particularly enjoyed seeing the energy among alumni donors.

Through their work, they got to know each other personally. Shattuck recalls a time early in the campaign when, not knowing that Murren lived in Las Vegas, he mentioned to her that he was about to fly out for a business meeting. "When I arrived in Las Vegas about six hours later and checked into my hotel room, there was a big basket of fruit from her and her husband welcoming me," he says. "Of course, I later found out her husband's company owned the hotel."

Murren says she also started a custom before events, wherein she would send the guys photos of her outfit so that they could coordinate their ties. "She is a fashionista," Clarvit says. "Searching for that tie—even eliciting my wife's help to make sure it matched—was not an easy feat."

A New Yorker, Clarvit is a 40-year veteran of the investment management industry. "He's a doer, a driver, and he puts all his heart into it," Shattuck says of Clarvit.

Murren is a former Wall Street securities analyst, whom Clarvit describes as "a dig-in-the-heels, get-to-the-facts, show-me-the-data kind of person." She's also mom to a current Johns Hopkins student and a recent alum. "It allows me to see the work of the campaign being carried out in real time," she says.

Shattuck, who lives in Florida, is also a parent to a Johns Hopkins student, describing himself as an "adopted alumnus." He is chairman of the energy company Exelon. "He's incredibly thoughtful, he's got a wicked sense of humor, and he does his absolute best to make everyone in the room feel that they're making an important contribution," Murren says.

"It's been a great triumvirate," Shattuck says. 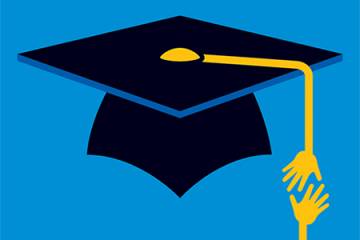 Published Winter 2018
Besides its staggering success in raising more than $6 billion for Johns Hopkins, the Rising to the Challenge campaign generated unprecedented support for traditional core disciplines / Johns Hopkins Magazine