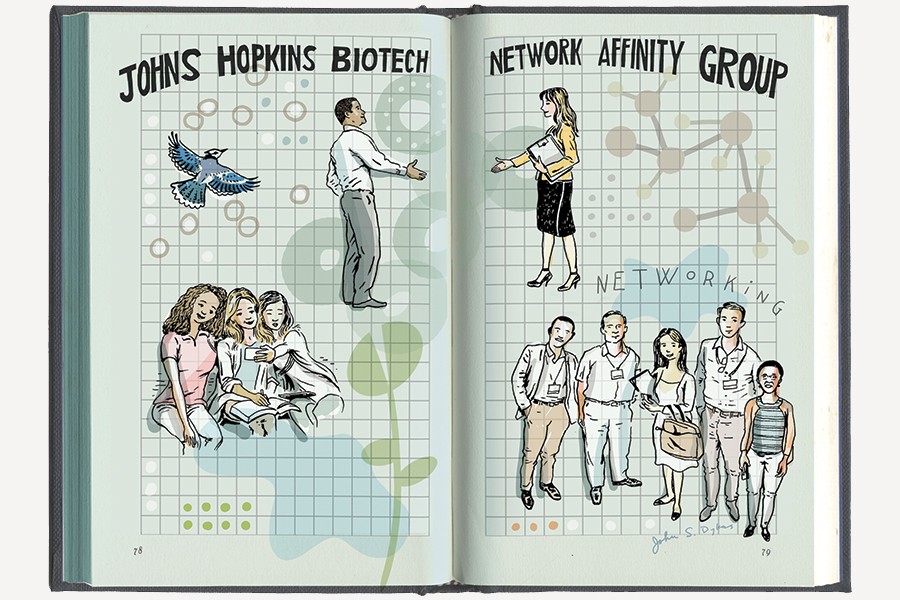 Gatherings like these are a crucial component of the Johns Hopkins Biotech Network Affinity Group, one of several affinity groups that bring together alumni, students, and friends of the university with shared interests and professional backgrounds. But the meetups serve another purpose, too: networking. When Hughes—the co-founder of the affinity group's Los Angeles chapter—was thinking about changing jobs, a consultant he met through the group provided tips that helped him land his post as director of strategic partnerships for a bioengineering software firm. "He helped me redesign my LinkedIn page. He even did a mock interview with me on the phone," Hughes says.

Here are Hughes' and Predescu's top five dos and don'ts of networking:

1. Don't ask someone you just met about job openings. "A networking event is not the time to ask for a job," says Predescu, a presidential management fellow at the National Center for Advancing Translational Sciences. Instead, ask people about their workplace and professional accomplishments.

2. Do try to meet as many people as possible. "Throw yourself out there and be fearless," Hughes says, because you never know when you'll be talking to a future boss or business partner.

3. Don't talk about yourself too much. Sharing some information is good, but Predescu notes that "it's a great time to listen."

4. Do learn what others are passionate about. Hughes says you'll stand out if you get others talking about issues that are important to them. That's how he started chatting with Taylor Swift (about global health) and Alicia Keys (about gun violence) at a party before the Grammys.

5. Don't take yourself too seriously. "Networking actually can be fun," Hughes says. "It's all about the quality of the conversation."