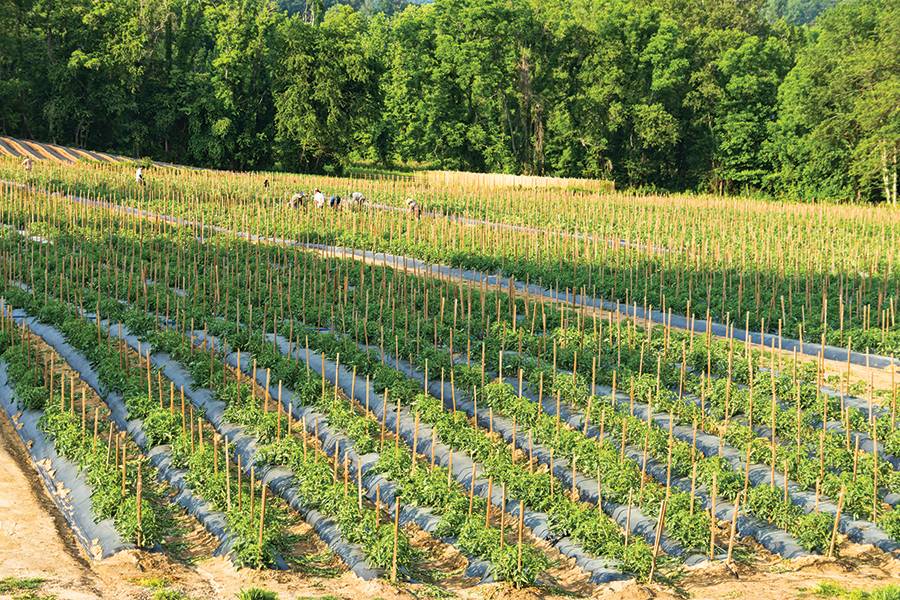 The summer before my senior year of college, I hired myself out to a farm in Athens County, Ohio, to help bale hay.

My job was to follow the mechanized baler, pick up a bale by the twine that bound it together, and hoist it up to another worker who rode on a trailer, where he'd add it to a growing pyramid of hay for transport to the barn. After about 10 hours, I was paid $11, the equivalent of about 50 bucks today, and invited back for the next day's labor.

I never made it. I'd worked without gloves and by morning my hands were so sore and cramped, my girlfriend had to drive for the next two days because I couldn't grip a steering wheel. That was 43 years ago, but I have no trouble recalling my exhaustion.

Johns Hopkins alumnus and MacArthur Fellow Greg Asbed, SAIS '90 (MA), has devoted himself to organizing farm workers, principally in Immokalee, Florida. In his story on Asbed's work, writer Bret McCabe notes that to make $50 today in Florida, workers have to pick about 4,000 pounds of tomatoes—a number so big it's almost meaningless until I recall my battered hands from all those years ago. By taking a fair labor campaign to the grocery and fast food chains that buy those tomatoes, Asbed has helped the workers secure better working conditions and their first pay increase since 1978.

Asbed correctly notes that whenever we stop at a produce stand, we give no thought to whoever picked those vegetables. Reading about his work will change that.