Icebreaker: What's the best piece of advice you've ever received? 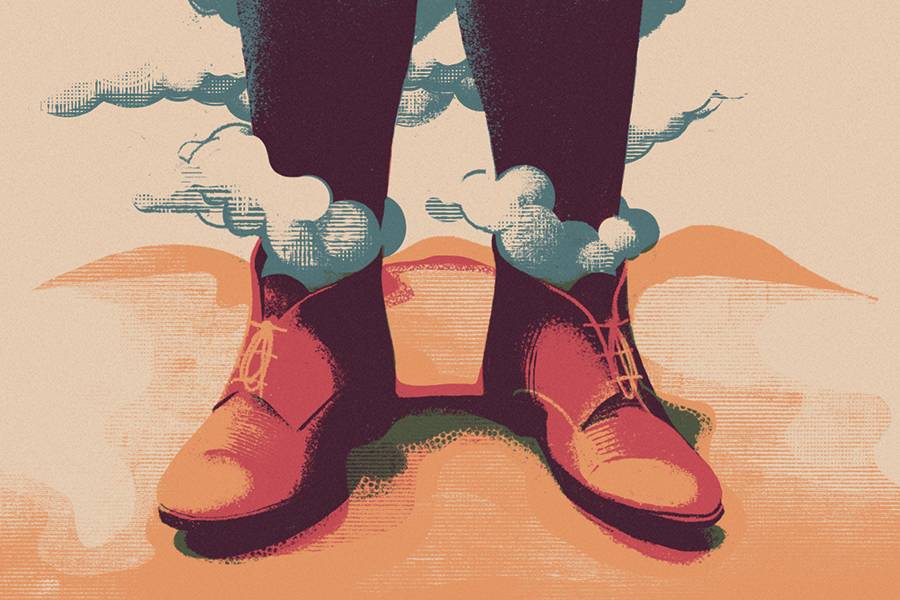 Image caption: “Take care of your feet.” Told to me by an old master sergeant who had retreated from Seoul to Busan in July 1950. He saw soldiers who hadn’t broken in their boots falling out and left behind with blistered feet, to be captured or killed. To this day I make sure I have comfortable, sturdy footwear. —Gerald Molnar, A&S ’66

Shortly after my parents were married, they went to the Atlantic coast with another couple. Both women were pregnant. Engaged in a conversation, my father and the other woman walked out into the ocean. When they started to return, the water was too deep. They were standing on a sand bar and the tide had come in. He said, "I guess we'll have to swim." Terrified, she replied, "I can't swim!" He put his arms around her and tried to carry her back to shore, but she was fighting so hard, they both started to drown. He pushed her away. She swam back to shore.

Whether my father intended to give us that admonition—"Don't ever let anyone drown you!"—I don't know. But I do know I have given that advice countless times to patients, and, even more, to patients' spouses. So far, no one has drowned. —Barbara Young, Med '45 (MD)

When you're at the end of your rope, tie a knot and hang on! —AnnaMaria Preston, SAIS Eur '90 (Cert.)

When I was a difficult teenager, feeling unhappy with everything, my grandmother told me: You are responsible for your own happiness. You have to decide if you're going to be happy and how you will achieve that. No one else can do that for you. —Kathy Pongor, Ed '88​ (Cert.)

There are at least two kinds of education, a moral from "The Fable of The Bookworm and The Butterfly Who Went into the Law" in Forty Modern Fables by George Ade. —David D. Mukai, SPH '90 (MPH)

Next up: Tell us about the Hopkins professor who had the biggest impact on you. Send responses to jdb@jhu.edu with "Icebreaker" in the subject line. If we print your response, we'll send you a JHU pocket notebook.