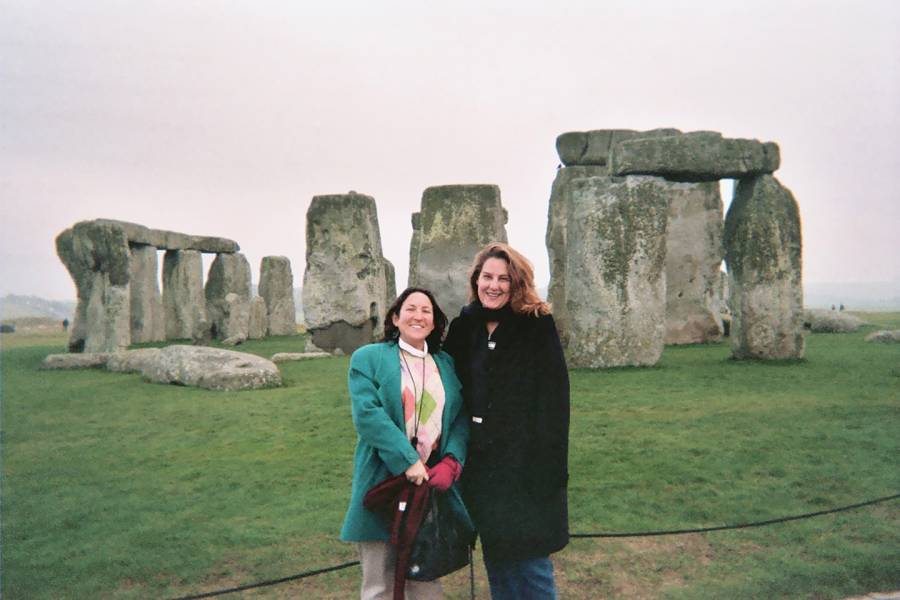 Susan Hazel, A&S '92, and Evelyn Jerome Alexander, A&S '92, recall a scene that would repeat itself many times over the course of their years together at Johns Hopkins: Hazel, in the throes of yet another breakup with her on-again, off-again boyfriend, sought her friend's advice.

"God love her, she would just turn on her counseling skills," Hazel says of Alexander, who was training at the time to become a peer counselor with the student group A Place to Talk. "We had the same conversation over and over."

"I would say, 'What do you want?'" says Alexander, who now works as a college counselor after 20 years as a political campaign manager. "And she would say, 'I want to be happy.' And I would say, 'What makes you happy?' and she would say, 'I don't knooow!' She would literally be on the floor crying, but something about having the same conversation over and over again is just kind of hilarious. Even though it's not funny—it's still funny. We would get to the 'What makes you happy?'/'I don't know' part, and we would both start laughing." 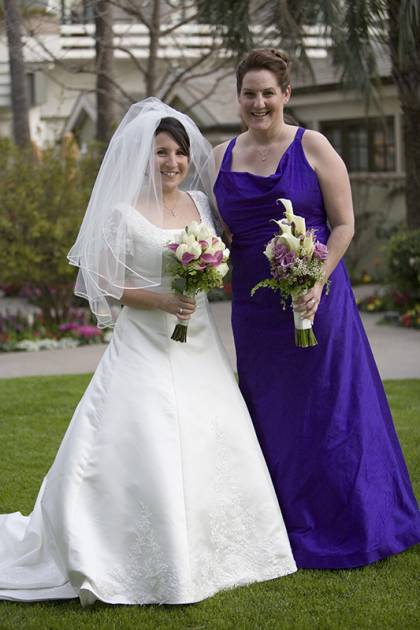 As freshmen, the two Californians pledged Alpha Phi, and they roomed together their sophomore through senior years. Alexander was an unwavering poli sci major and C-SPAN junkie, while Hazel studied behavioral biology and helped Alexander through physiology, her solitary science class.

Both women eventually moved back to their home state—Alexander to Los Angeles, Hazel to San Diego. Overseeing clinical trials for a biotech company takes Hazel all over the world. The friends' many travels together include a night in a cell on Alcatraz (unlocked; it was for an event with San Francisco's JHU Alumni chapter); a four-hour, seven-course meal at Brown's Hotel in London; and a trip to Reno, where Hazel won big at blackjack—per the usual, according to Alexander. (Hazel contends that her modest wins are offset by her losses—"Otherwise, I would be doing it full time.")

A licensed pilot, Alexander showed the normally circumspect Hazel an unfamiliar side of flight as her passenger in a small propeller plane from LA to Carlsbad. "It was kind of nervewracking," Hazel admits. "We took off, and she said, 'Okay, your job is to look out for planes.' 'What?! I didn't know I had a job to do!' But I wasn't worried about her ability as a pilot or her competence—if she's going to do something, she's going to do it well."

Both only children, they have taken turns over the past three decades performing big-sisterly functions for each other. Hazel was maid of honor at Alexander's wedding in 2007. Alexander, a foodie whose influence has led Hazel well past the buttered noodles diet of her college years, catered the baby shower when Hazel adopted her daughter, Alexandra, now 12, from Guatemala. And when Hazel's father passed away unexpectedly in 2017, Alexander made lasagna—four pans the size of sheet cakes—for the celebration of his life. Shortly after receiving the bad news via text, Alexander replied: "Whatever you need, I'll be there in two hours."