For his installation at the Evergreen Museum this past summer, artist-in-residence Tony Auth aimed to bring the inside out, and the outside in 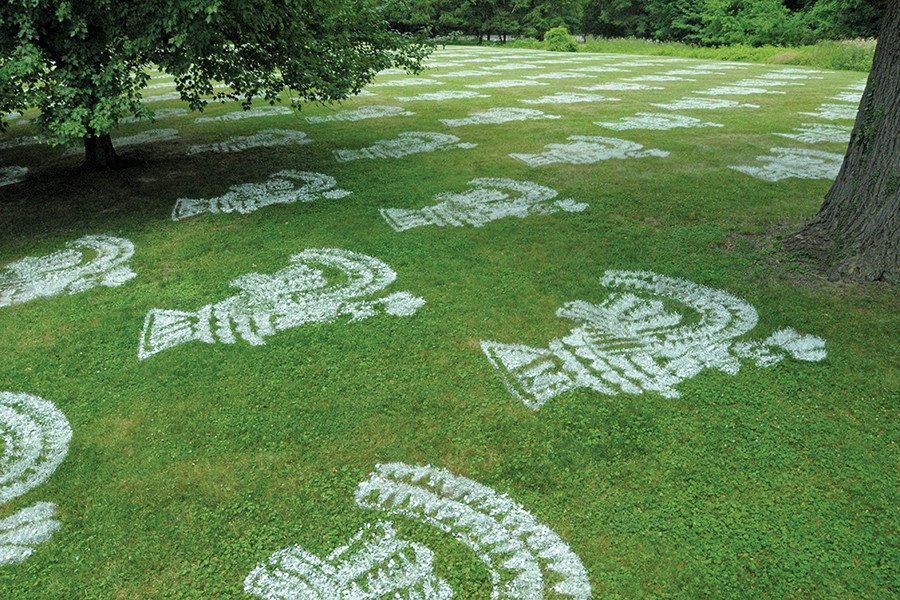 On his first visit to the Evergreen Museum and Library, Tony Auth was struck by how secluded it seemed from Baltimore City.

"There's this really harsh contrast between the museum and the city that it's in," says Auth, Evergreen's 2017 artist-in-residence. "I wanted to bring the outside in, and the inside out."

For his installation this past summer, Melding Museum & City, Auth painted the museum's lawn with oversize replicas of the Léon Bakst stencils seen on the ceiling of Evergreen's theater. Inside, he arranged scooters, four-wheelers, and dirt bikes among the fine art and decor. 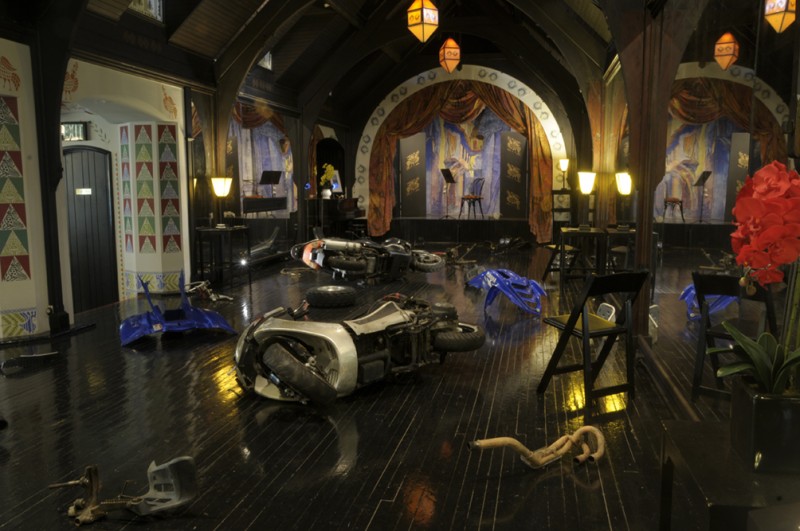 Image caption: “I wanted to bring the outside in, and the inside out," says Evergreen’s 2017 artist-in-residence, Tony Auth