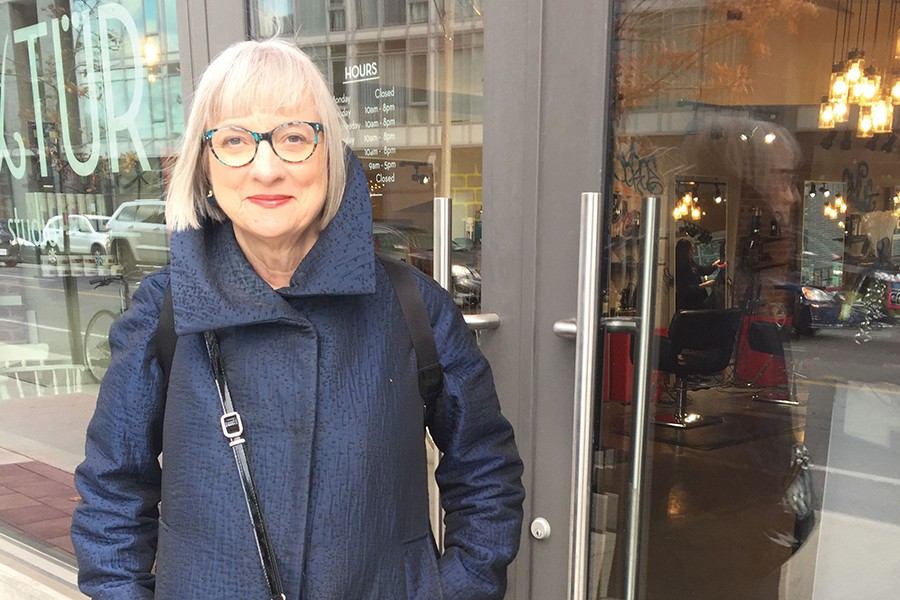 Poet Molly Peacock had worked with psychoanalyst Joan Stein for nearly 40 years, forging a deep friendship that transcended the standard analyst/analysand relationship. Then an arteriovenous malformation in Stein's brain burst, causing a massive stroke that ended her analytical practice and left her forever altered. Peacock, A&S '77 (MA), responded as a poet will—by writing. "Poems just started pouring out of me almost immediately," she recalls. "I process the big events in my life through poetry. The only way I could wrap my head around the huge transformation that this caused both in her life and subsequently in the lives of all the people around her was just to start writing about it. I didn't know they were going to become a book."

They did. The Analyst (Norton, 2017) contains 39 poems. Some of them had been written independent of the book but seemed to fit when Peacock assembled it, such as some old Anglo-Saxon riddles she had collected, and some simultaneously playful and serious verses derived from a Wikihow article on all the variations of how to give thanks in French. "I kept looking for all the different ways that I could express the intricacies of this relationship, and some of those ways were in traditional forms like sonnets. But you know, play is essential to poetry and it's absolutely essential to analysis—you surprise yourself in analysis in the same way you surprise yourself when writing a poem. These realizations come to you. All that I understood when I was writing 'How to Say "Thank You" in French' was that I was enjoying this play and I felt like I was getting somewhere. The Wikihow article became a kind of 21st-century form for a new poem about analysis. Only after it was done did I realize that somehow having to work in two languages in the poem was kind of like Joan having to relearn all these basic things after her stroke."

The attentive reader can glimpse Peacock's creative process in many of the poems. She would scribe a word on the page, the word "draw" for example, and her mind would leap to another word similar in sound or meaning. From pondering those connections and resonances, she arrived at what she really needed to say. "Assembling the vocabulary began to create the meaning," Peacock says. Stein had wanted to be a painter as a young woman, and has returned to painting as she recovers from her stroke. Peacock wrote about this in the second poem, "The Analyst Draws." She says, "I realized that the word draw ... one person can be drawn to another. Or somebody can draw away. But also, drawing uses a line, and poems are created from lines. I mean, as I'm doing this, all of those interconnections are sparking away inside me. I think that intuitively and unconsciously they're there. The unconscious is such a rich landscape of interconnections that it's only by making the unconscious conscious that you become aware of it." 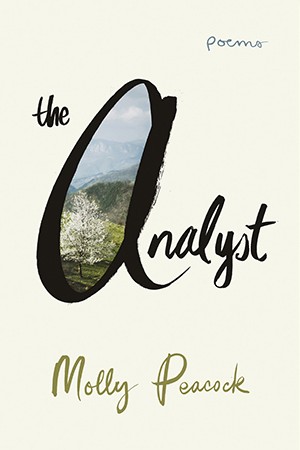 Central to The Analyst is the poet pondering and responding to what Peacock calls "ambiguous loss." She says, "I realized that part of writing the poems was an attempt to come to terms with the idea of ambiguous loss, of the person who is there but not there, the person who is missing in action, so to speak. You know, especially in the beginning, I would talk to her and look for signs of the old Joan, and the fact is, that still happens. She lives in Washington state now, and sometimes she'll say something on the telephone that will be absolutely and utterly the old Joan. And the confusion that creates in me, now I'm used to it, but in the beginning I could not put all of those pieces together. Writing these poems really helped. It wasn't poetry therapy. It was the process of writing and revising that gave me insight and lessened the confusion."

Stein's return to painting also has a central place in Peacock's book. "It was only when I realized I had a substantial number of poems about not only the tragedy of her stroke but how she was putting her life together, how she'd gone back to painting, that I realized there were so many visual images [in the poems]. There was so much stuff that was literally painterly. It talked about the making of art and how making art makes a life. You're creating your art throughout your life, then your art starts to make your life."